Home
Lifestyle
Would you let a stranger hypnotise you over Zoom?

Would you let a stranger hypnotise you over Zoom? It’s the new way to treat isolation insomnia, so FLIC EVERETT gave it a whirl

I sink back into the couch, more relaxed than I’ve been in months.

I’m frolicking in crystal waves, leaping through an ocean spray . . . in fact, I’m in my bedroom at home, sitting with my eyes closed while a soft-voiced stranger accesses my subconscious.

Sleep should be such a simple thing. Into bed, light off and away to the happy land of nod. But since lockdown, insomnia has raged through the population, with little hope of a cure. A combination of existential dread, lack of exercise and altered routines has given most of us a whacking dose of sleeplessness, including me. 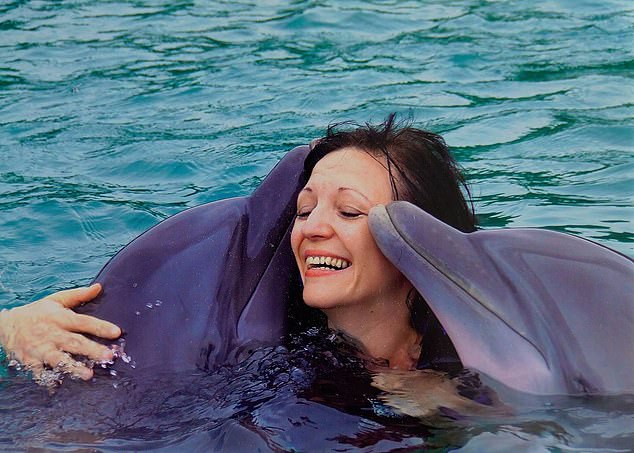 Flic Everett tried a Zoom hypnosis session with Abbey Robb, in the hopes of curing her insomnia. Pictured: Flic’s happy memory of swimming with dolphins

I’m now sleeping alone (my partner is a ‘vulnerable’ person and is keeping to a separate area of our home) and being far from my other loved ones, with no idea of when I’ll see them again, has destroyed my sleep pattern.

I go to bed at 11.30pm, read for a bit, turn off the light and suddenly I’m as wakeful as a newborn with colic, running through worst-case Covid-19 scenarios in my head. When I do get to sleep, my dreams are positively psychedelic. And then there’s the sudden waking in the early hours.

I’m exhausted and, according to research, so is everyone else. I’ve tried the obvious solutions (hot drinks, warm baths, lavender sprays), but nothing has worked.

And with no idea how long this situation will last, it’s time for the big guns. Bring on the hypnotherapy.

In popular culture, hypnosis is presented as a spooky route to repressed memories, or a seaside stage act. The implication is that anyone undergoing the process is locked into a trance, requiring the hypnotherapist to count them back into consciousness.

The truth is, that’s not necessary — therapeutic hypnosis simply puts clients into a calm and receptive state by tapping into the subconscious mind. By encouraging a deep state of relaxation, focus increases and the brain absorbs new messages more readily.

As a therapeutic tool, it offers fast results — sometimes in as little as one session — and is a favourite of celebrities, including Adele and Keira Knightley, when they want to break a bad habit. 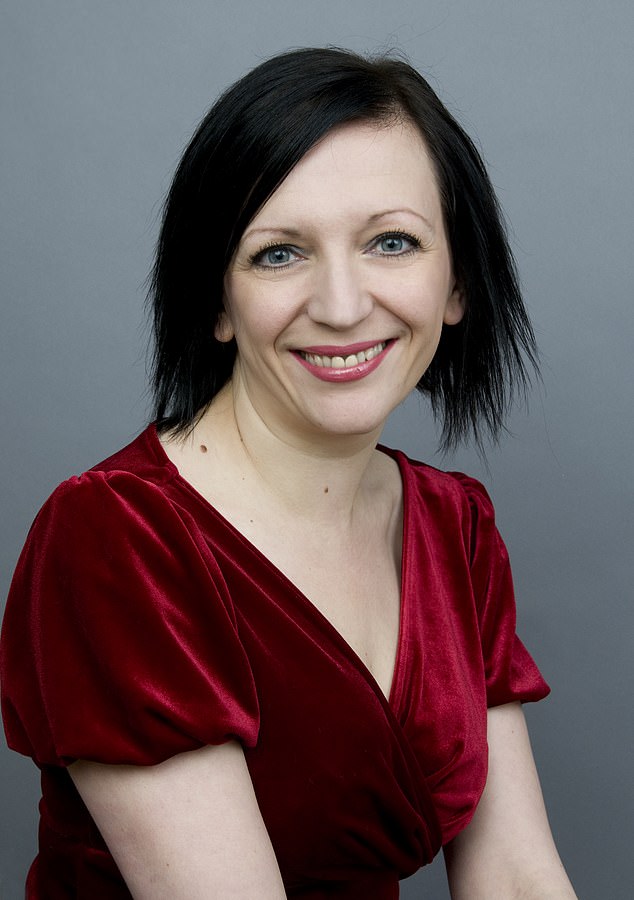 Flic (pictured) was told by hypnotherapist Abbey, that her sleeping difficulties is caused by her brain trying to make sense of what’s happening in the new environment

But can I really be hypnotised to sleep better over Zoom? The video conferencing app is fine for pub quizzes, but for a therapist to access my deepest subconscious and implant new thoughts, I assume I’d at least need to be in the same room as them.

Not according to a 2019 study from the University of Manchester, which found that Skype hypnotherapy sessions were almost as good as those conducted face to face, with all patients claiming ‘significant improvement’.

Abbey Robb, a London-based hypnotherapist, has been offering Zoom sessions for three years, as the majority of her clients have health conditions or anxiety.

‘Online sessions mean they can stay at home,’ she says.

Since lockdown, unsurprisingly, she’s had a dramatic increase in insomnia patients.

‘We are creatures of habit, and the coronavirus has changed that,’ she says. ‘The reason you can’t sleep is because your brain is trying to make sense of what’s happening in this new environment. It will be better able to deal with this situation if you can rest and relax.’

I have a mild concern that if the call drops I’ll be stuck in a trance for ever, but that’s impossible, apparently. 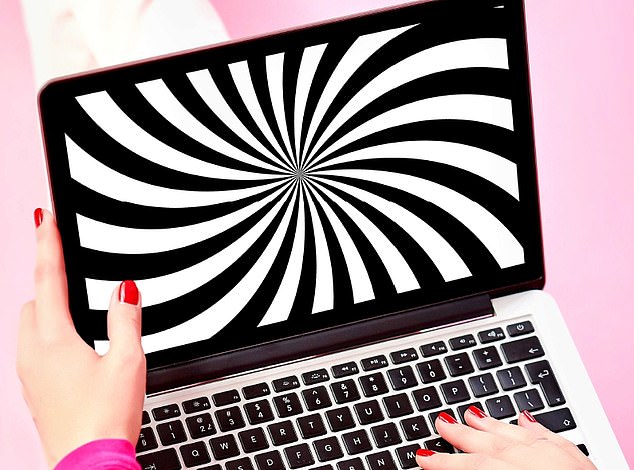 Hypnosis is just like profoundly relaxed daydreaming, so if the connection glitches, I’ll just have a stretch and call back.

Before our session, I fill in Abbey’s questionnaire, which asks for my happiest memory.

It’s a terrible cliche, but one of mine is swimming with dolphins in Jamaica, and Abbey thinks we can work with that.

So I sit on the sofa with the laptop in front of me, and we start with some deep breathing. A deep breath should make your stomach push out. Abbey recommends breathing in for a count of three, and out for six.

After a few minutes, she says I look more relaxed already — and she’s right. I’m even tuning out the rattling lawnmower I can hear in the distance.

Her soothing voice washes over me. She talks about my dolphin memory, about lapping waves and fresh seawater. By the time she gets to the hot sun sinking into my bones and warming me from the outside in, I’m more relaxed than I have been in months. 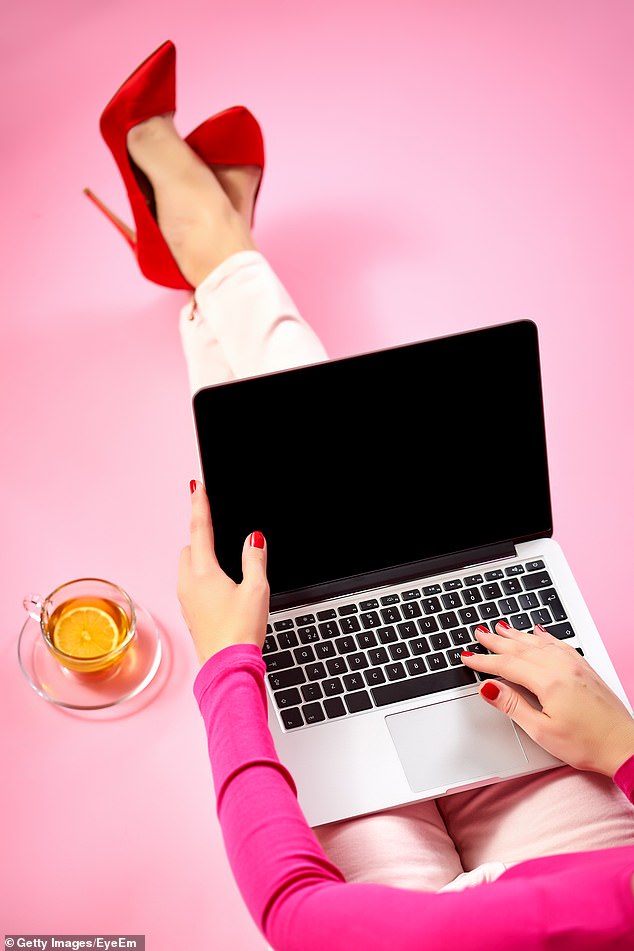 Flic said she was able to sleep all night without pinging awake once, on the night after her Zoom session (file image)

I’m only hazily aware of what she’s telling me at this point. It’s like the distant consciousness you have when you’ve just woken up and you know where you are and who’s around, but you’re safe and comfortable in bed. She brings me back gently. ‘Become aware of sounds, in the room and outside . . . a sensation in your arm or leg . . .’ she murmurs. Ah, there’s that lawnmower again. And a cramp in my ankle. I open my eyes and wave at her on the screen.

Unlike face-to-face hypnosis, I didn’t feel self-conscious. I was worried I might drift off and snore, or burst into tears. Via a screen, it’s less personal, but somehow, more intimate.

‘I feel like about three days just passed,’ I say. She tells me it was just over half an hour.

I feel joyously relaxed for the rest of the day, but the big test is bedtime. I put my book down at midnight and close my eyes. There’s a few random thoughts knocking around . . . I could start worrying, as usual. Or I could breathe in deeply while thinking about dolphins.

The next morning, I wake up feeling oddly refreshed. It occurs to me that I slept all night without pinging awake once. And to achieve this miracle, I didn’t even need to leave my bedroom.

Tags: a, hypno, let, stranger, Would, you
You may also like
Recent Posts