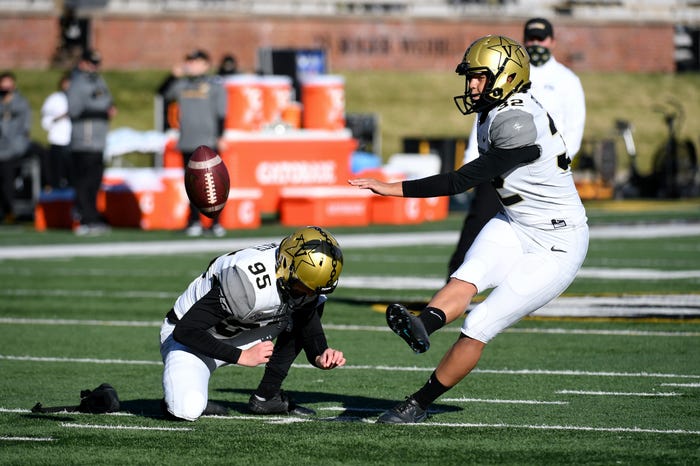 On Saturday, Fuller suited up for the Vanderbilt Commodores as a placekicker. The team was shut out in the first half without any kick attempts. However, Fuller made history when she led off the second half with a kickoff.

After the kick, the Missouri fans gave her a standing ovation.

Fuller, a star goalkeeper on the Vandy women's soccer team, was added to the roster by head coach Derek Mason. The team needed a kicker after several kick specialists were slated to miss the game against Missouri due to COVID-19 quarantine.

Fuller had "PLAY LIKE A GIRL" on the back of her helmet to promote a not-for-profit that encourages women to play sports and participate in STEM activities.

Tags: College, Vanderbilt Commodores
You may also like
Recent Posts