Woman left paralysed after being pushed out a window by her triplet, is fighting for her sister’s RELEASE from prison because she ‘forgives’ her – but is devastated as coronavirus blocks her parole hearing

A triplet who was left paralysed after an attack by her own sister is battling for her release from prison, but claims coronavirus is blocking her path to freedom.

Louise Velloza was left in a wheelchair for life when her sister, Gillian pushed her out of a second-floor window in April 2013 during a furious row.

Gillian, 31, who was charged with attempted murder after pleading guilty to GBH, was jailed for eight and a half years in 2013.

Louise has now forgiven her for the attack and is pleading for her release, believing that she has learned her lesson. 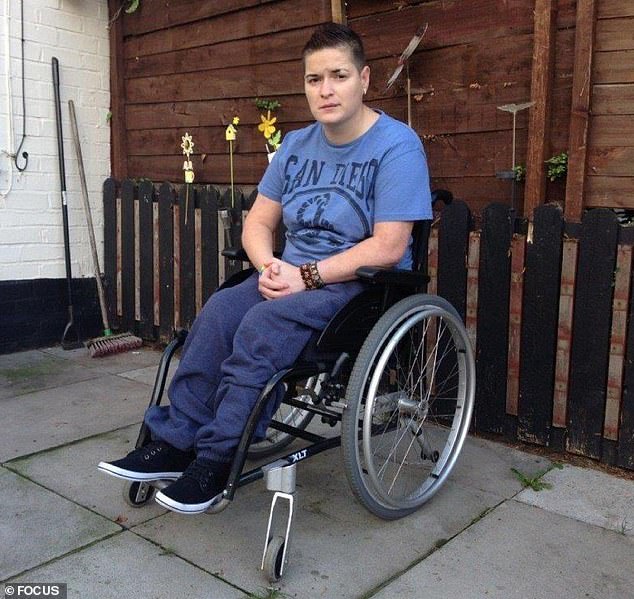 Louise Velloza (pictured) is fighting for her sister Gillian, 31, to be released from prison, after forgiving her for an attack that left her in a wheelchair 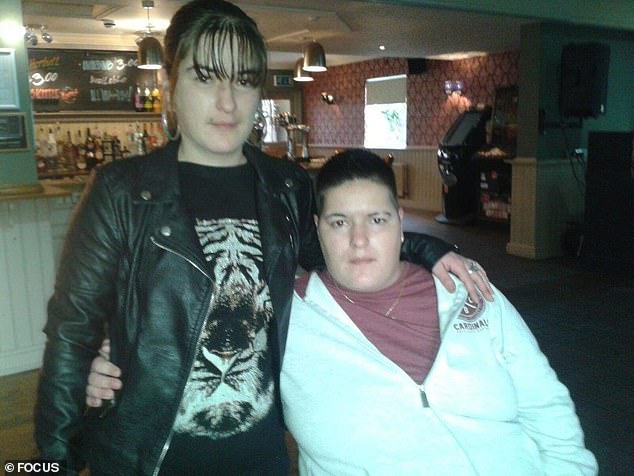 Louise and Gillian who are triplets, revealed their third sister Kerry, died in a copycat circumstance when she fell from a bedroom window in 2015. Pictured: Louise’s last photograph with Kerry 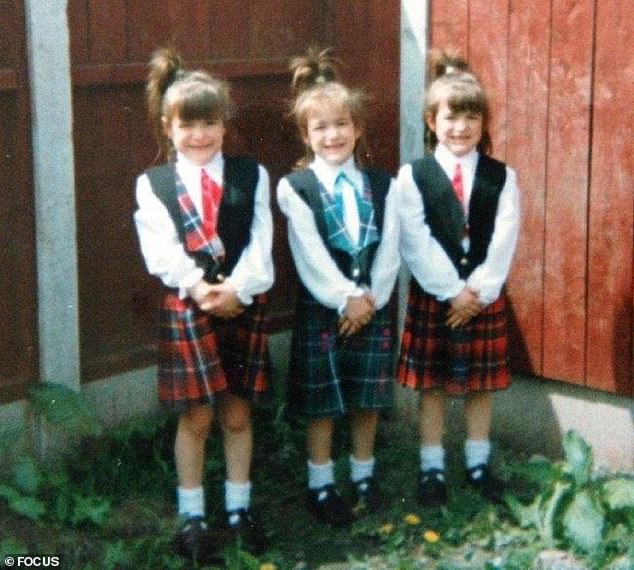 Louise said her opportunity to make a victim statement for a parole board, was cancelled because of the coronavirus outbreak. Pictured: The triplets as schoolgirls

The triplets’ third sister, Kerry, died tragically in bizarre copycat circumstances when she too fell from a bedroom window in 2015.

Louise still needs around the clock care and has a team of support workers in her home.

She said: ‘Gillian is my sister and I love her. There is a home and a life here for her. I have to live with the consequences of what she did to me every day, but I forgive her.

‘Gillian was due to have a parole hearing five years into her sentence, but due to staff absences and an administration error, it was cancelled.

‘We have been pushing for another hearing ever since, but we are not getting anywhere.

‘She was supposed to have another parole hearing in spring 2019, but again, it didn’t happen.

‘I was told that I can make a victim impact statement for yet another parole board hearing, but this was also cancelled because of the coronavirus outbreak. 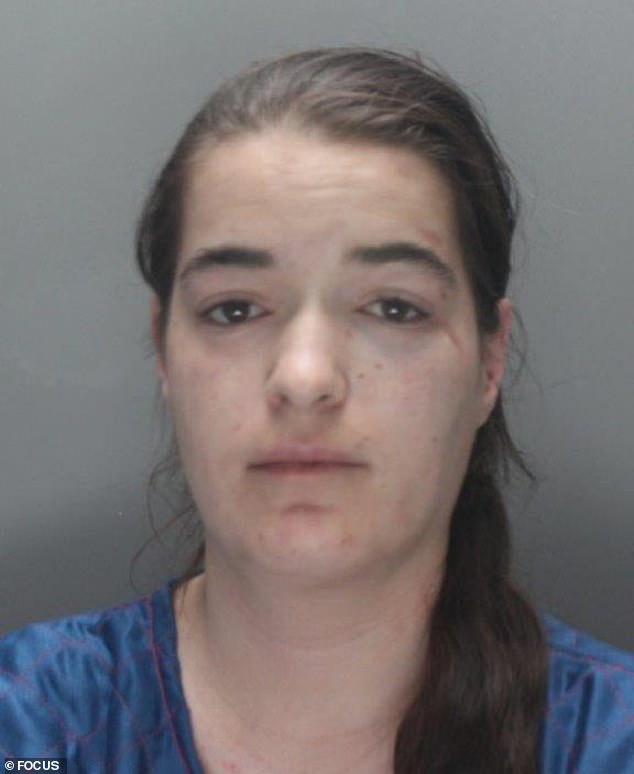 Louise who is at high risk of the coronavirus and unable to visit Gillian (pictured) in person, said this is the time family is needed

‘This is the time we need our families and I need my sister. I am at high risk of the virus myself. I find it hard to fight off infections.

‘I have to take powerful muscle relaxants and I still have spasms in my legs.

‘I am self-isolating and finding it very difficult. I wear a mask and I haven’t been out for weeks now. I need the support of my sister.

‘I can’t get to Staffordshire to visit in person, But I have spoken to her. She is really down in the dumps and is being treated for depression.

‘I’ve already lost our sister, Kerry, and I’m worried about losing Gillian. I don’t think she can hold on much longer.

‘She has now been told that a new hearing has been cancelled due to the coronavirus outbreak.’ 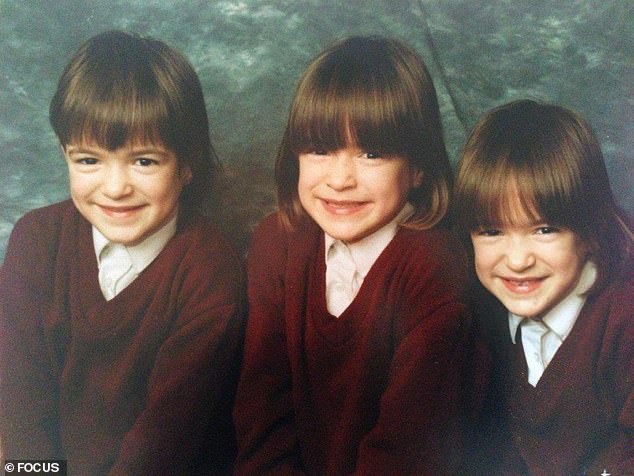 Louise who was once a player for Everton FC, will spend the rest of her life in a wheelchair after being attacked at the flat in Liverpool, that she shared with Gillian. Pictured: Louise, Gillian and Kerry at school 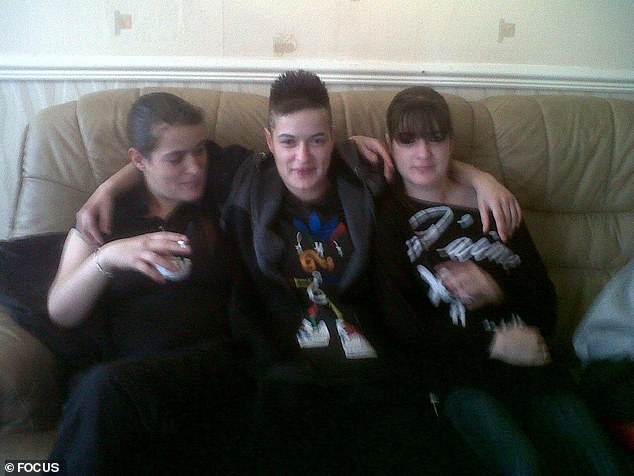 The triplet’s father Chris, 53, said they were inseparable throughout their childhood, but Gillian and Louise would argue frequently. Pictured: Gillian, Louise and Kerry

Once a talented footballer who played for Everton FC, Louise, will spend the rest of her life in a wheelchair after the attack at the flat she and Gillian shared in Anfield, Liverpool.

Dad, Chris, 53, reflected on the intense bond that the three sisters once shared, which threatened to rip their family apart.

Chris said: ‘The three girls are identical triplets and as youngsters, they were inseparable.

‘Gillian and Louise would always argue and clash, and Kerry – the middle triplet – was the peace-maker.

‘But they were all so close – and I never actually believed that they would ever really hurt each other. 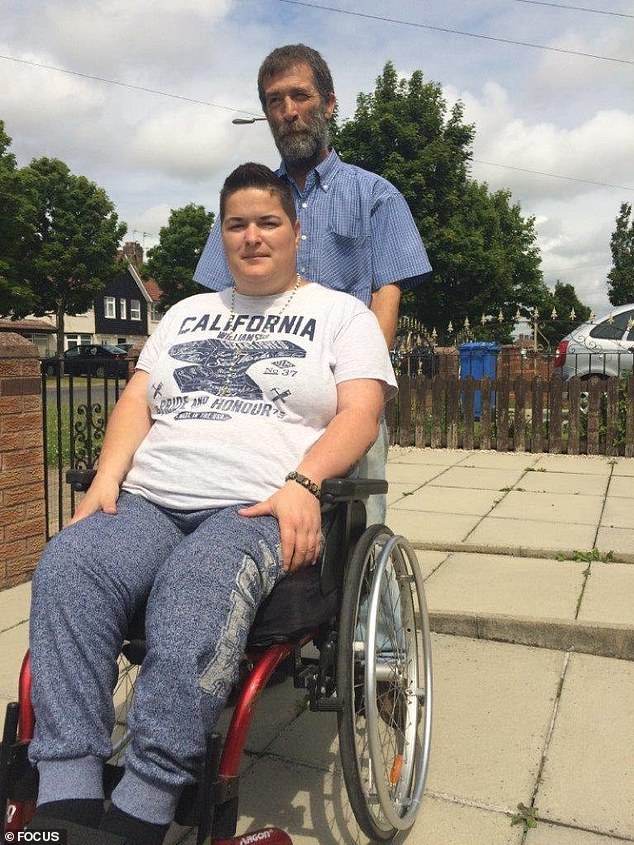 Chris admits that he never thought his daughters would hurt each other. Pictured: Louise with her father 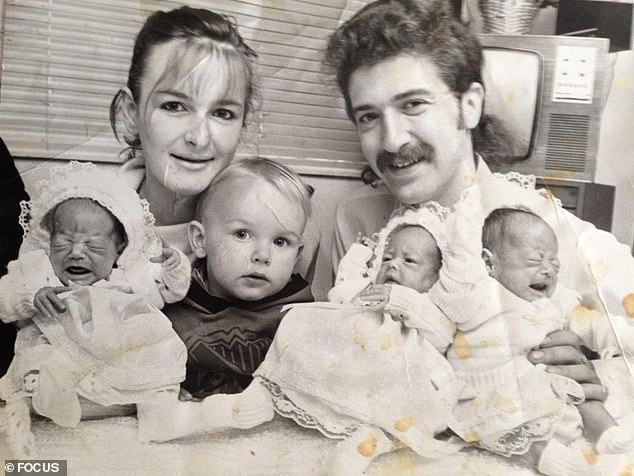 Chris brought the triplets up alone until he met his second wife, Catherine. Pictured: Chris with his first wife Gillian and the triplets, when they were born

‘One of my triplets is responsible for the other spending her life in a wheelchair. And the other has died after also falling out of a window. We have to live with that.’

The triplets’ childhood were born six weeks prematurely and doctors did not realise that there were three babies until their birth.

Their natural mother who is also called Gillian, walked out when they were just two years old.

Chris fought through the courts for full custody of his three daughters and he raised them alone until he met his second wife, Catherine. She brought the girls up as her own from the age of four.

Chris continued: ‘Aside from all the drama, we were a normal family and they were very cute little girls. 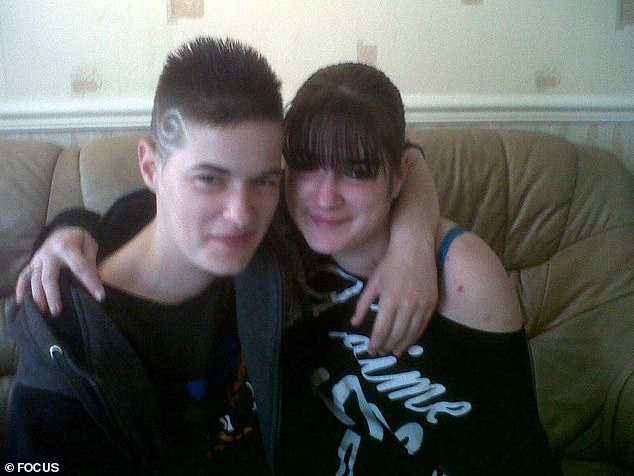 Chris said Kerry was the easy-going, peace-maker who would sort out all the problems among the triplets. Pictured: Louise and Kerry

‘I was a full-time dad after their mum left and I adored my triplets. Gillian was the eldest by a few minutes. She was a real tomboy, she liked climbing trees and she loved cars.

‘Kerry was very easy-going, and she was the peace-maker. She would sort out all the problems.

‘Louise was the baby of the three – only by a few moments. She was easily led and kind-hearted.

‘Though they looked the same, they had very different smiles. Like all sisters they would bicker a lot.’

But it was Gillian and Louise who clashed the most often.

Louise said: ‘I remember we had a dolls’ tea set and we both wanted to play with it. We had a big fight and it got smashed. 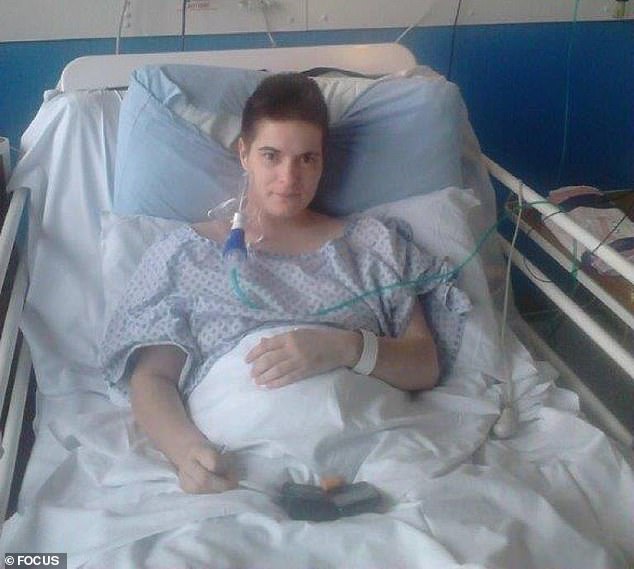 Louise who was attacked by Gillian on the day she was moving in to live with her, has no memory of the incident. Pictured: Louise in hospital

‘Gillian really liked football, but I was the better footballer, I was signed by Everton girls and she was jealous.’

Louise hit a low point when she was released from Everton FC and made the decision to move into a hostel with Gillian temporarily.

On moving day, she and Gillian had a furious row. Louise remembers nothing of the attack – but it was captured on CCTV.

She said: ‘One minute, I was in my new bedroom, the next I was waking up in hospital.’

Louise had severed her spinal cord and her lungs were damaged.

She was in a coma for three days and spent five months in hospital. The 31-year-old was devastated to learn she would never walk again. 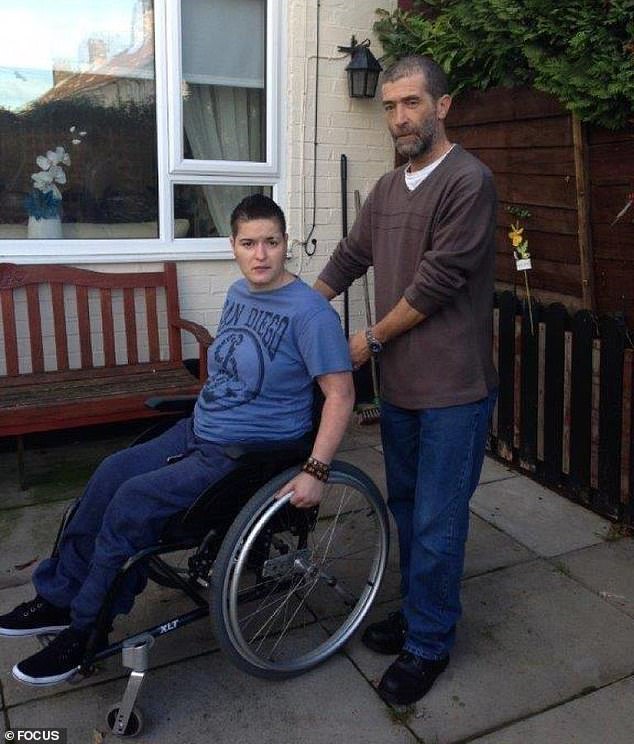 Louise revealed time has healed the situation, she wants Gillian home because of the threat posed by the coronavirus

Louise added: ‘When I learned that my own sister was responsible for my injuries I was in shock.

‘But time does heal and now, with our lives under threat because of coronavirus, I just want her home.’

A Parole Board spokesman said: ‘An oral hearing has been listed for the parole review of Gillian Velloza and is scheduled to take place in July.

‘The job of the Parole Board is to determine if someone would represent a significant risk to the public after release.

‘The panel will carefully look at a whole range of evidence, including details of the original evidence and any evidence of behaviour change. We do that with great care and public safety is our number one priority.’

Tags: a, left, paralysed, was, Who, Woman
You may also like
Recent Posts