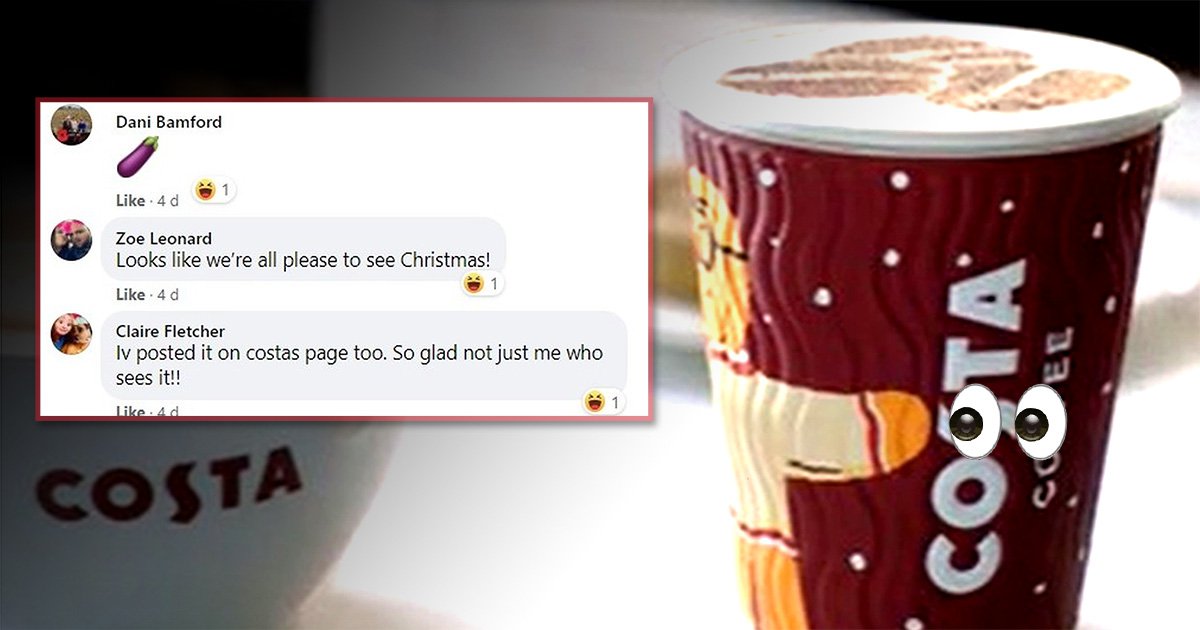 To some, one of the Costa Christmas coffee cup designs for 2021 looks a little bit… dodgy.

Carer Claire Fletcher was watching Bake Off with her postman partner Trevor Brown earlier this month when they realised something was a little off about the Costa cups.

As they paused the screen during an ad for the café chain, they bust out laughing when they clocked the Christmas gingerbread cup at an awkward angle.

To them, the gingerbread man’s arm looked like a penis, complete with a line marking the tip.

On top of that, the 38-year-old says the ‘s’ of the Costa logo adds the, well, icing to the cake by giving the appearance of a ‘happy ending’ for the arm.

Claire, from Wakefield, West Yorkshire, said: ‘We spotted it at the same time and both laughed.

‘I said “that’s obviously a penis” and both wondered if the placement was on purpose because of the position of the cup and the “s”.

‘It looks like the gingerbread man had a happy ending.’

A very amused Claire took a quick photo of the screen and shared it on social media to gauge whether others could see the same thing.

Claire, a Costa fan and self-confessed ‘latte girl’, said: ‘I think it was the second ad break because I took the pic at 8.30pm, and we started watching around 8pm when I got home from work.

‘I laughed longer than he did because I’m a child with stuff like that.

‘I think Paul and Prue would find it funny.

‘It’s made me look at the Christmas Costa cups in a new light, I will always see a penis.’

Costa Coffee has been contacted for comment, meanwhile, Channel 4 said it was for Costa to comment on as it was ‘their campaign’.

Tags: christmas, coffee, penis
You may also like
Recent Posts