The first time Tiger Woods truly reflected on his euphoric victory at the Masters a year ago, he was sat in the living room of his Florida home with 65-year-old caddie Joe LaCava. “The fun part,” he decided, “was reliving it from a totally different perspective.”

The temporal shift back to that Sunday at Augusta, particularly for a man who’s been shaped by such dramatic peaks and troughs, was comparable to an out of body experience. On the same sofa he’d nursed the searing pain of those four spinal surgeries, flicking past the golf channels with silent contempt, he watched as his 43-year-old self recaptured the heights from which he fell. “The amount of emotion that people were showing, that’s what blew my mind,” he said. “I didn’t think that that many people were going to be moved that way.”

For sports fans, too, it was a looking glass into a character that had for so many years been cold and closed off. During Woods’s relentless dominance, he was awe-inspiring but always kept supporters at arm’s length; the Tiger legend as much a shield to the outside world as it was a sense of achievement. Yet, after those years of dramatic toil – the unravelling following his father’s death, the squalid infidelities, physical deterioration and DUI arrest – the layers to the superstar were stripped back until nothing was left but the man.

Sharing the full story, not just the headlines

Perhaps, that’s what made his comeback resonate quite so widely. After all, even though ending a barren streak of 11 years without a major was breathtaking, it wasn’t necessarily a shock. For over a year, Woods had been circling, first at The Open, then the US PGA, before that cathartic victory in the Tour Championship. And in a sporting context, the sense of worship around him had never died out. Each attempt to revive his career from the clutches of injury in the years prior had always been treated with the same excitable fanfare.

But as he regathered the pieces of his life and put them back to together, that aura of invincibility shattered, suddenly the world was able to begin to know and understand the man behind the mask of a global icon. 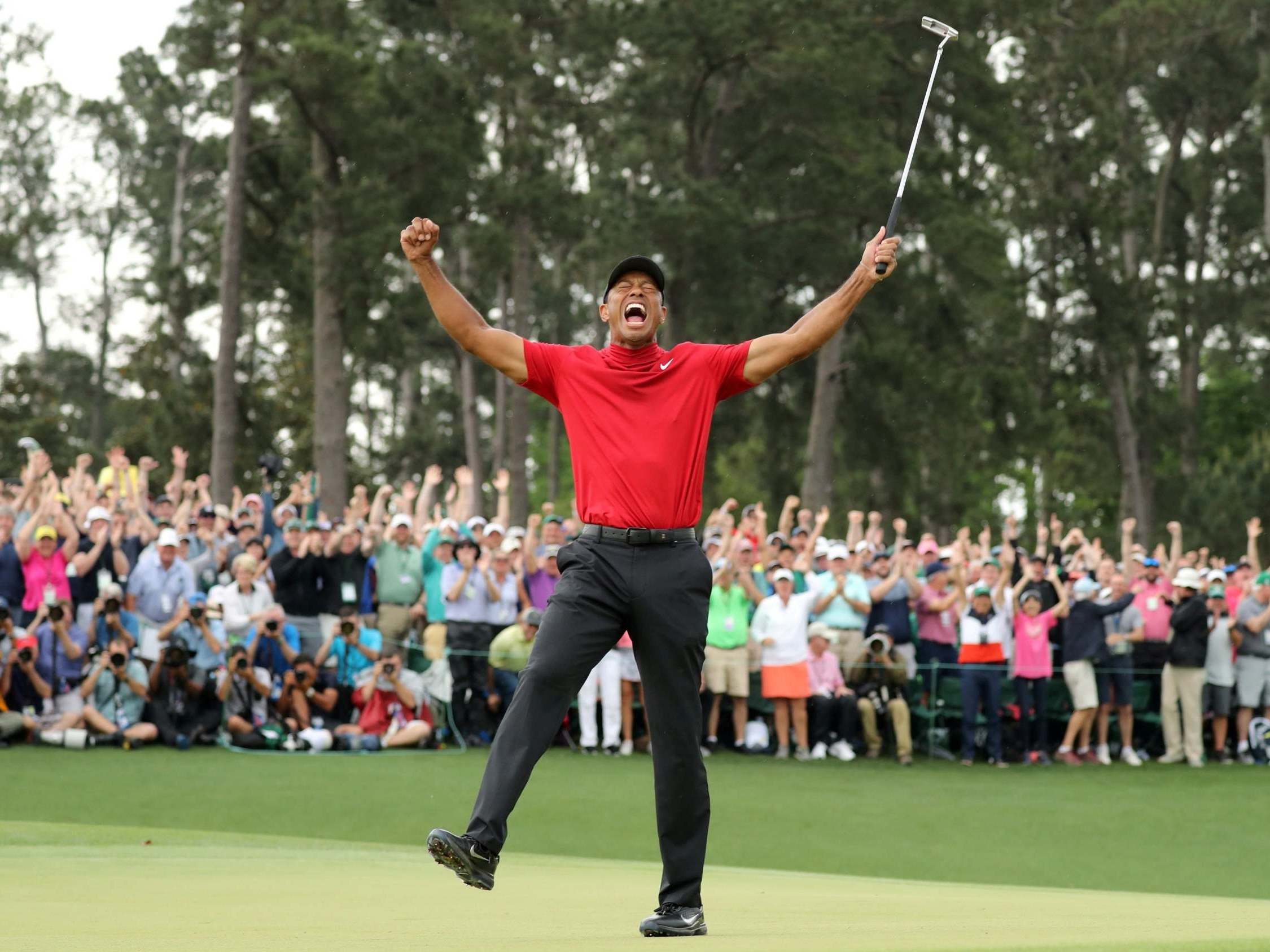 The result still showed visible remnants of that robotic former self. He had begun the day two shots adrift of Francesco Molinari, playing in an early three-ball due to a torrential weather forecast. His familiar scowl of concentration, aged but just as piercing, never broke until victory was all but secured. And while he may have been seeking to win a major from behind for the first time in his career, Woods revelled in the pressure like old, feeding off the capitulations of his rivals, namely at the par-3 12th where the small ribbon of water guarding the green undercut his rivals.

But that’s where the likenesses stopped. The cathartic roar on the 18th green, the fits of emotion with his family seconds later, the tears he choked back in Butler’s Cabin as he recanted memories of his late father; none fit the description of the singular hell-bent competitor we’d formerly known. It was a side to Woods the vast majority had never seen before. A side, following the years of tabloid condemnation, some weren’t even sure existed.

Woods had reinherited his old world, but returned as a changed person.

That, perhaps, is what made his victory quite so emotional to all those at Augusta and beyond. He had been deified and disgraced – from an innocent supernova who dragged golf into the stratosphere to a plummeting star whose flaws were laid bare – but finally people had a genuine window into who he is. We will never be able to grasp the scale of what he’s experienced, but his comeback inspired a spirit and mirrored flaws that we can all in some way relate to. We saw Woods from a totally different perspective, and a little bit of him is reflected in us all.