IT was on this exact date six years ago at Anfield that Liverpool captain Steven Gerrard's agonising slip blew the Premier League title race wide open.

Just two weeks after saying in a team huddle “This does not f***** slip”, Gerrard blundered for Demba Ba to score. 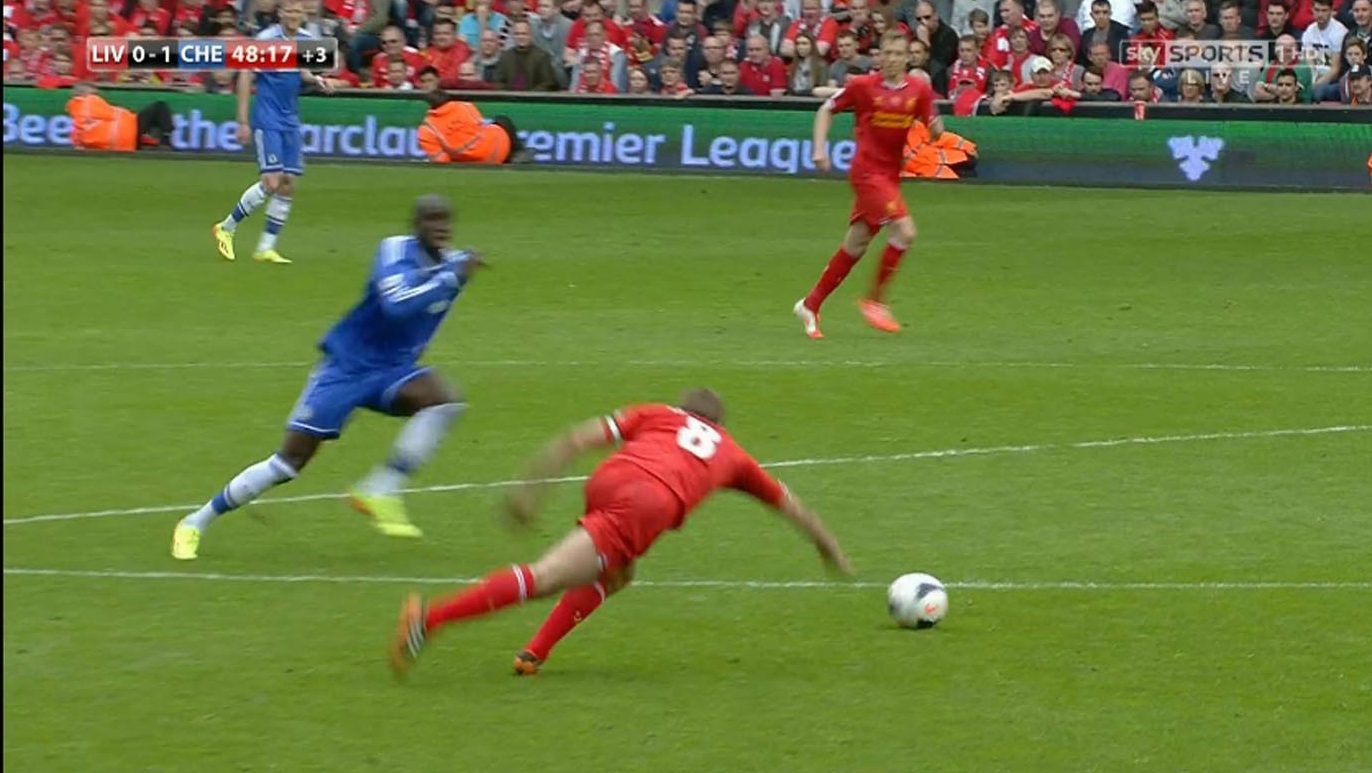 Liverpool boss Brendan Rodgers backed his captain after the horror despite his team losing the game 2-0.

He said: “It is really unfortunate. There is no blame.”

Even Chelsea manager Jose Mourinho added: “Nobody enjoys it when someone makes a big mistake.”

There seemed no danger with the game goalless approaching half-time.

A pass inside from Mamadou Sakho was routine for Gerrard, but he took his eye off the ball, failed to control it and fell over.

Blues striker Ba was on to it in a flash, sprinted clear and showed great composure to slot his shot beyond keeper Simon Mignolet.

Liverpool kept up the pressure after the break while Chelsea stood defiant.

Mark Schwarzer, in for the injured Petr Cech, showed his quality in the visitors' goal despite his 41 years to keep out Joe Allen before a brilliant tipover from Luis Suarez at the end. 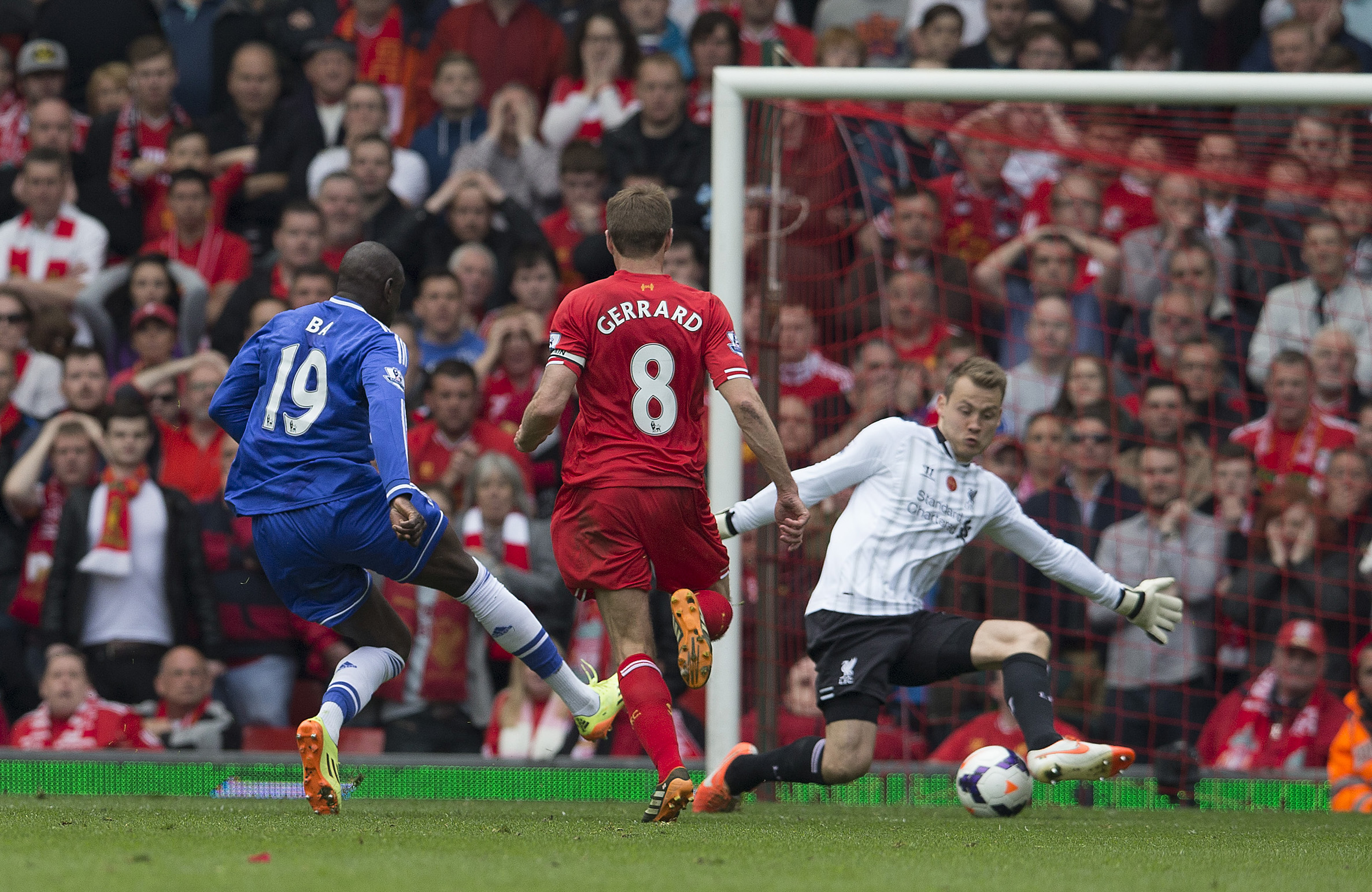 Then Willian broke out of defence, fed Fernando Torres, continued on his run and accepted a return pass to score into an empty net in the last minute.

Mourinho added: “We deserved to win. With the result 1-0 for 45 minutes we were comfortable and never in trouble against a fantastic team which has beautiful players.”

Manchester City went on to pip Liverpool for the title by two points after the Reds led a 3-0 lead slip to draw 3-3 at Crystal Palace eight days after this home defeat. 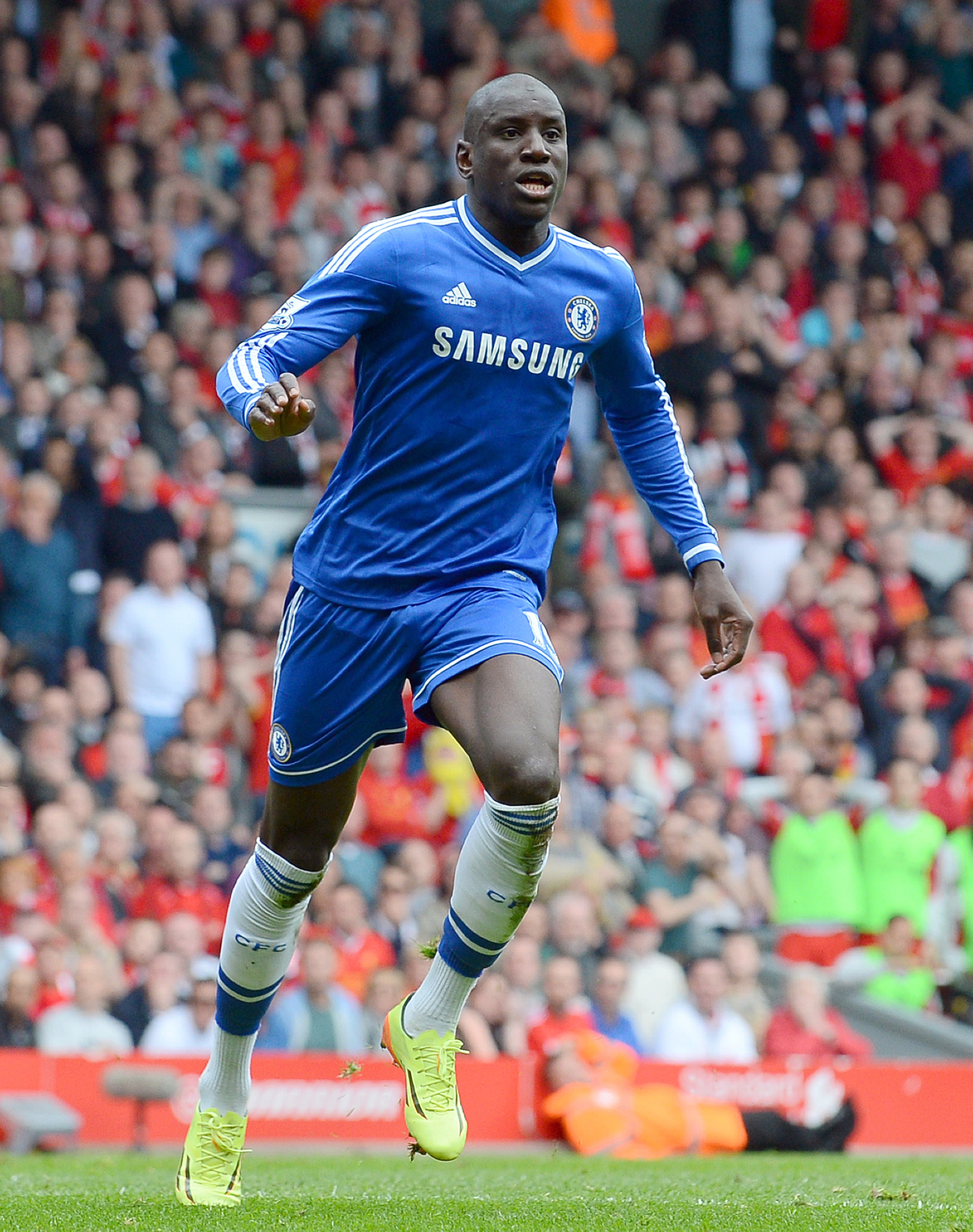 Tags: Ba, Gerrard, score, slipped, when
You may also like
Recent Posts