KASPER SCHMEICHEL continued his streak of stunning saves at Wembley – with a helping hand from dad Peter.

Raheem Sterling was denied an equaliser by the goalkeeper in England's Euro 2020 semi-final with Denmark on Wednesday. 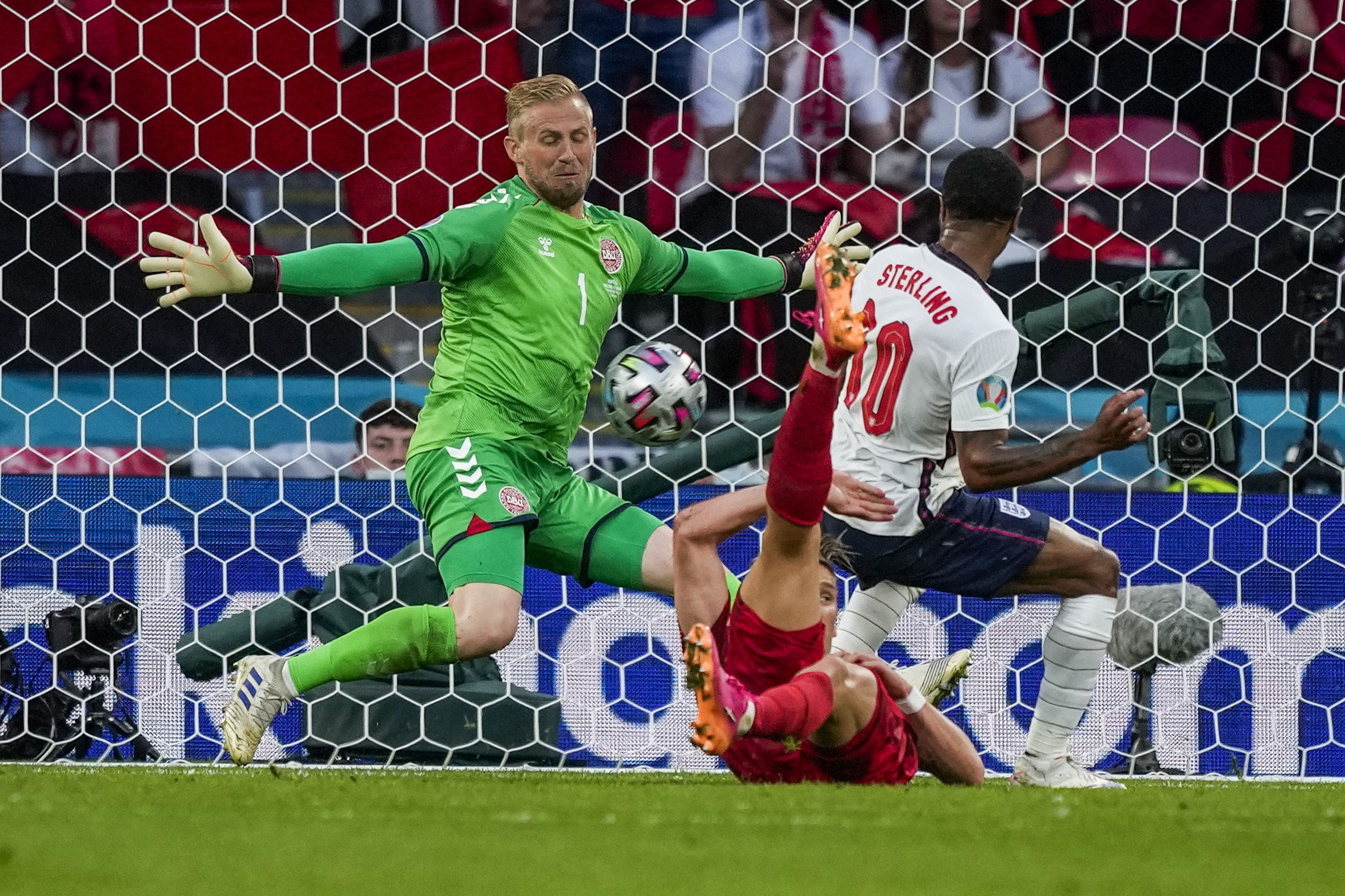 After Mikkel Damsgaard's fantastic free-kick put the Danes ahead, the Three Lions attempted to hit back immediately.

An eye-of-the-needle through ball from Bukayo Saka set Harry Kane away down the right wing and his low cross met the unmarked Sterling for a seemingly guaranteed goal.

But Schmeichel stood tall to parry the ball clear with his chest.

The 34-year-old Leicester star produced the 'starfish' stance to deny Sterling, who hit the ball right at him.

It was a startlingly familiar save for anyone who watched his dad, Peter, for Manchester United during the 1990s.

In particular, a 1999 clash with Inter Milan saw Ivan Zamorano fail to convert a golden opportunity at the far-post thanks to Schmeichel Snr's use of the starfish.

Kasper has previous in producing big saves at Wembley, too.

In Leicester's FA Cup final victory over Chelsea in May, he managed to deny both Ben Chilwell and Mason Mount in stunning fashion.

Yet he was powerless to stop England finally breaching his defence moments later.

Within a minute of Sterling's miss, the winger got in behind again to help Simon Kjaer convert a Saka cross for an own goal to make it 1-1.

Although Harry Maguire was denied with a near replica of that Chilwell save in the second-half, as his far-post header was tipped away.

Peter shared a throwback photograph with his son before the semi-final, of their trip on the Denmark team bus during the country's Euro 92 triumph.

Kasper had teased England before Wednesday's game, over their trademark tune of 'Football's coming home'.

He said: "Has it ever been home? Have they ever won it?"