EX-NFL star Greg Hardy was smashed into defeat by Marcin Tybura – who put on a clinical ground-and-pound display.

The American suffered his third UFC loss after being pounded on the deck by Marcin Tybura. 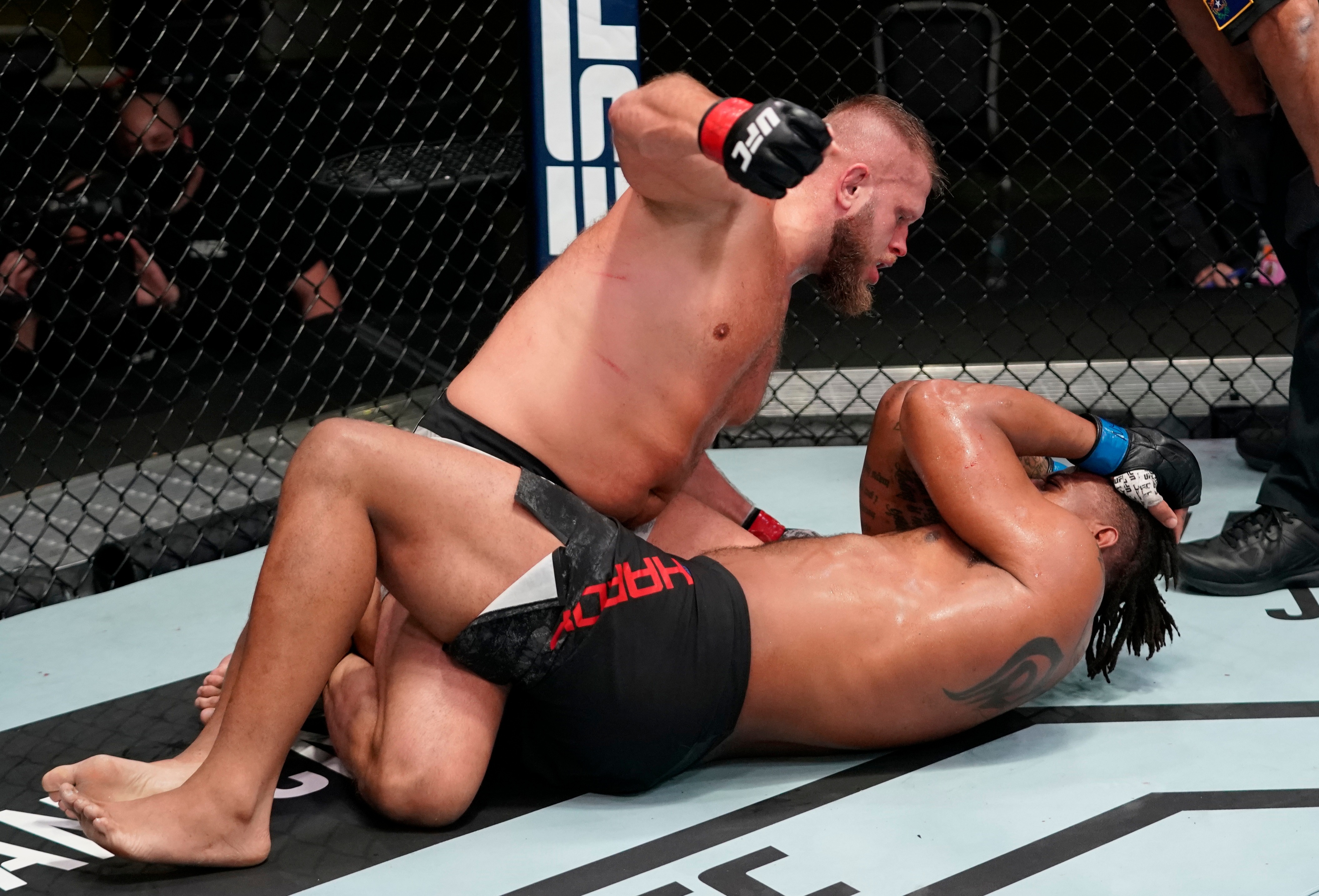 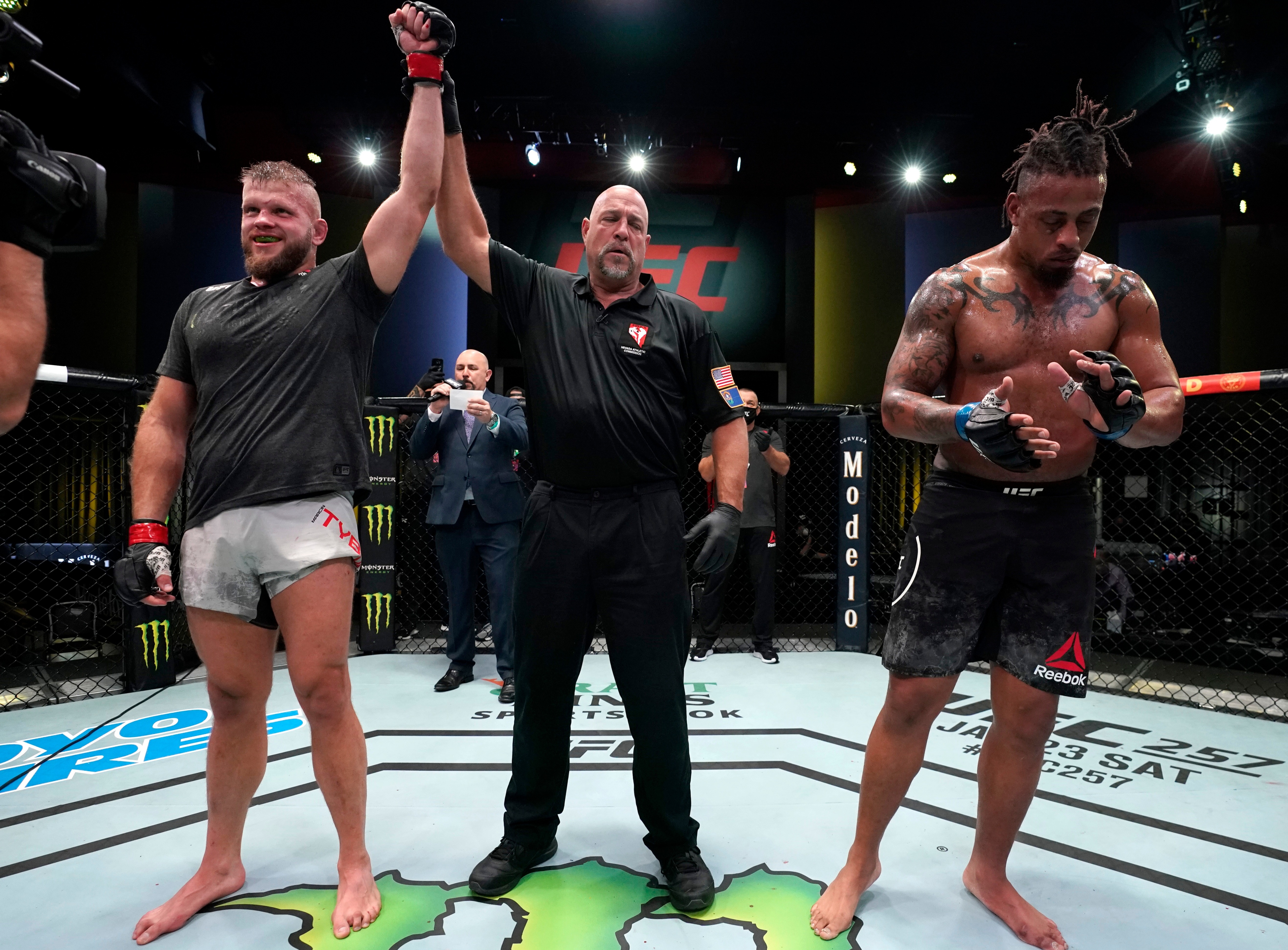 Tybura teed off on the hapless heavyweight with relentless hammers fists until the action was waved off.

Before the fight, Hardy revealed he planned a crossover to boxing and audaciously predicted he would knockout Anthony Joshua, Tyson Fury and Deontay Wilder.

So after Tybura battered the former defensive end, he was quick to poke fun at his opponent's pre-fight prediction.

He said: "My previous three fights I called somebody and that didn't happen, so I'm waiting for whatever the UFC brings me.

"But, based on what Greg said before the fight, I should fight Joshua, Wilder or Fury right now."

Poland's Tybura, 35, was forced to survive an early storm from the hard-hitting Hardy, 32, in round one.

But after seizing his chance to take the fight to the floor in the second, Tybura made no mistake in using his superior grappling skills.

And it led him perfectly to the ground-and-pound finish.

Tybura said: “That was the plan. I knew in the first round it would be really hard to take him to the ground.

"He’s really strong and much bigger than me.

"I needed to make him tired a little bit and take him down. The plan worked completely.”

Tags: as, Controversial, sta, UFC, Watch
You may also like
Recent Posts