Researchers in New Zealand have discovered part of the country sits on top of a “superplume” of volcanic activity from Earth’s core. Experts have compared the activity to a giant “lava lamp” in Earth’s interior.

The analysis of seismic wave-speeds, known as P-waves, has revealed that 120 million years ago, a giant hot rock broke off from Earth’s core, according to the research published in the journal Science Advances.

This rock then made its way to the top to help form the country in what the researchers have described as the “largest volcanic outpouring” on Earth.

After making its way from 3,000 kilometres in the planet’s interior, the hot molten rock began to melt as it reached the surface before it solidified, creating a plateau the size of India.

Professor Tim Stern, a Te Herenga Waka–Victoria University of Wellington geophysicist, said: “In the 1970s, geophysicists proposed that the Earth’s mantle was undergoing a churning motion, rather like a lava lamp, and hot blobs of buoyant rock rose up as plumes from as far as the Earth’s core. 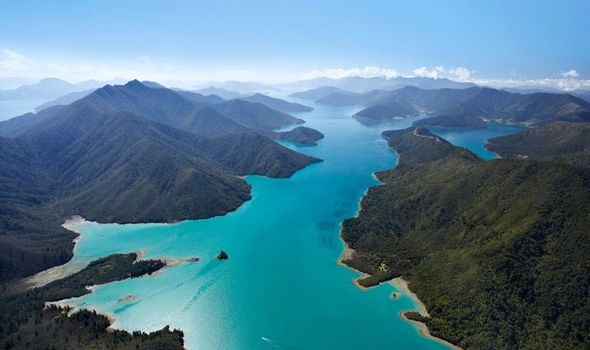 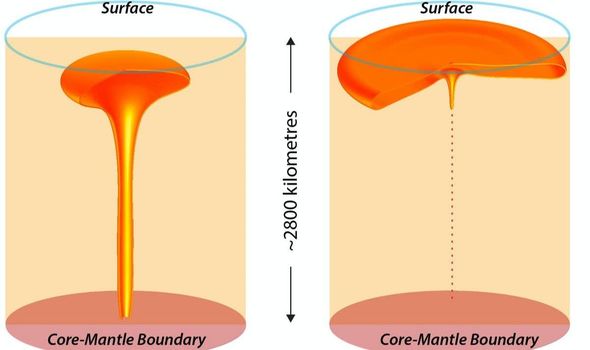 “Melting of this rock near the surface could then be the cause of prolific volcanism, such as that observed in Iceland or Hawaii.

“Even larger volcanic outpourings have happened in the geological past, of which the biggest known occurred in the southwestern Pacific in the Cretaceous Period during the time of the dinosaurs, forming a continent-sized underwater volcanic plateau.

“Subsequently, the motion of the tectonic plates broke up this plateau, and one fragment– today forming the Hikurangi Plateau—drifted away to the south, and now underlies the North Island and also the shallow ocean offshore.

“The key observation in the new study is that seismic pressure ‘P’ waves–effectively soundwaves—triggered by either earthquakes or man-made explosions travel through the mantle rocks beneath the Hikurangi Plateau much faster than are observed beneath most of the seafloor, reaching speeds of nine kilometres a second. 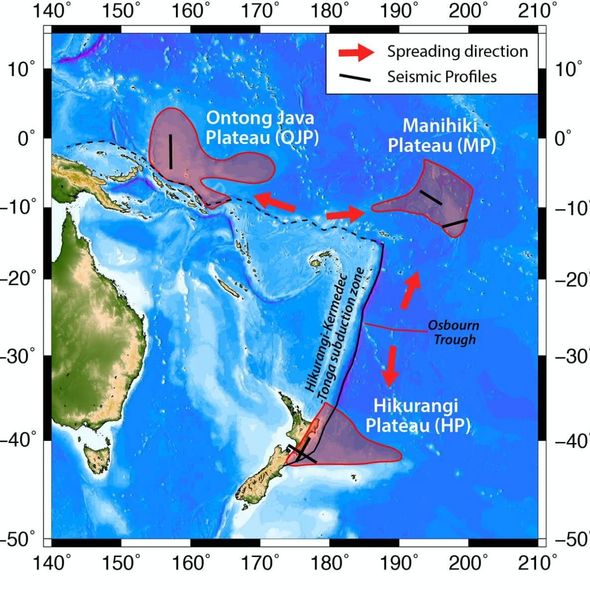 “The extraordinary thing is that all these plateaux were once connected, making up the largest volcanic outpouring on the planet in a region over 2000 km across.”

Associate Professor Simon Lamb added: “The associated volcanic activity may have played an important role in Earth history, influencing the planet’s climate and also the evolution of life by triggering mass extinctions.

“It is an intriguing thought that New Zealand now sits on top of what was once such a powerful force in the Earth.”

Tags: environment, geography, science
You may also like
Recent Posts