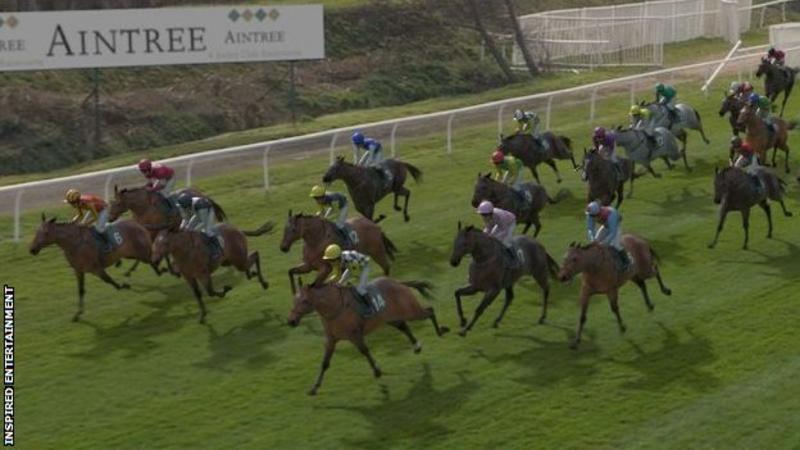 Potters Corner has won the televised Virtual Grand National after the big race was cancelled because of the coronavirus pandemic.

Bookmakers offered odds, with profits going to NHS Charities Together.

All horse racing in Great Britain has been suspended until at least the end of April.

Forty runners who would have been most likely to line up at Aintree took part, using CGI technology and special algorithms.

Tiger Roll had been due to seek an unprecedented third consecutive win in Saturday’s big race before it was called off on 16 March.