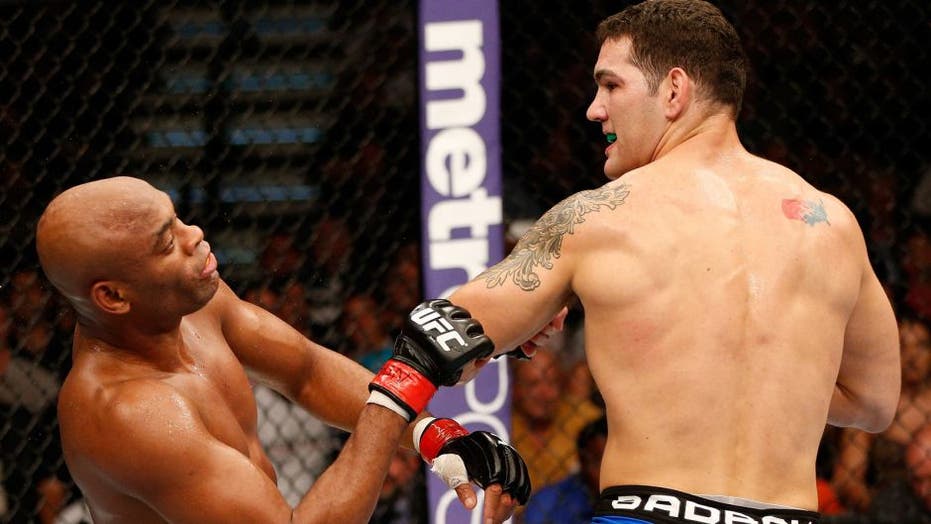 UFC’s Chris Weidman fired back at trolls on social media who said his gruesome leg injury sustained during the first round of his fight against Uriah Hall last weekend was “karma” for when he appeared to celebrate when Anderson Silva sustained the same injury in a fight with Weidman back in 2013.

Weidman’s right leg snapped just 17 seconds into the fight after his kick was blocked by Hall over the weekend. UFC fans instantly drew a comparison to December 2013, when his opponent, Silva, suffered the same injury, but several took aim at Weidman saying he had celebrated the devastating injury.

“Anyone saying I celebrated when Anderson’s leg snapped is entirely wrong,” he wrote in a lengthy post on social media. “I didn’t know his leg snapped. I just thought I checked his leg kick good, and he went down in pain, which often happens in sparring. Painful for a short time, but gets better quickly – kind of like a body shot.”

He continued: “After circling the octagon, I realized that he was in severe pain by his yelling and immediately went and checked on him and tried to console him. That’s when I noticed him holding his leg in place. There was no happiness on my behalf from that point on. I then went and pushed security out of the way so his coaches could get into the octagon and he could have some familiar faces next to him during that horrific event.”

Weidman said in a separate tweet that the image of him consoling Silva appeared to have been forgotten because his fans “were just looking for reasons to hate me because I just happened to beat there [sic] favorite fighter.”

But there appears to be no ill-will on Silva’s part. The UFC fighter took to Instagram after seeing Weidman’s injury to wish him well.

Tags: back, Chris, fires, UFC's, Weidman
You may also like
Recent Posts