TYSON FURY has revealed that his younger brother Roman is set to become the NINTH professional boxer in his family.

The WBC heavyweight champion's 23-year-old sibling has no amateur experience but has been training with the Gypsy King during lockdown. 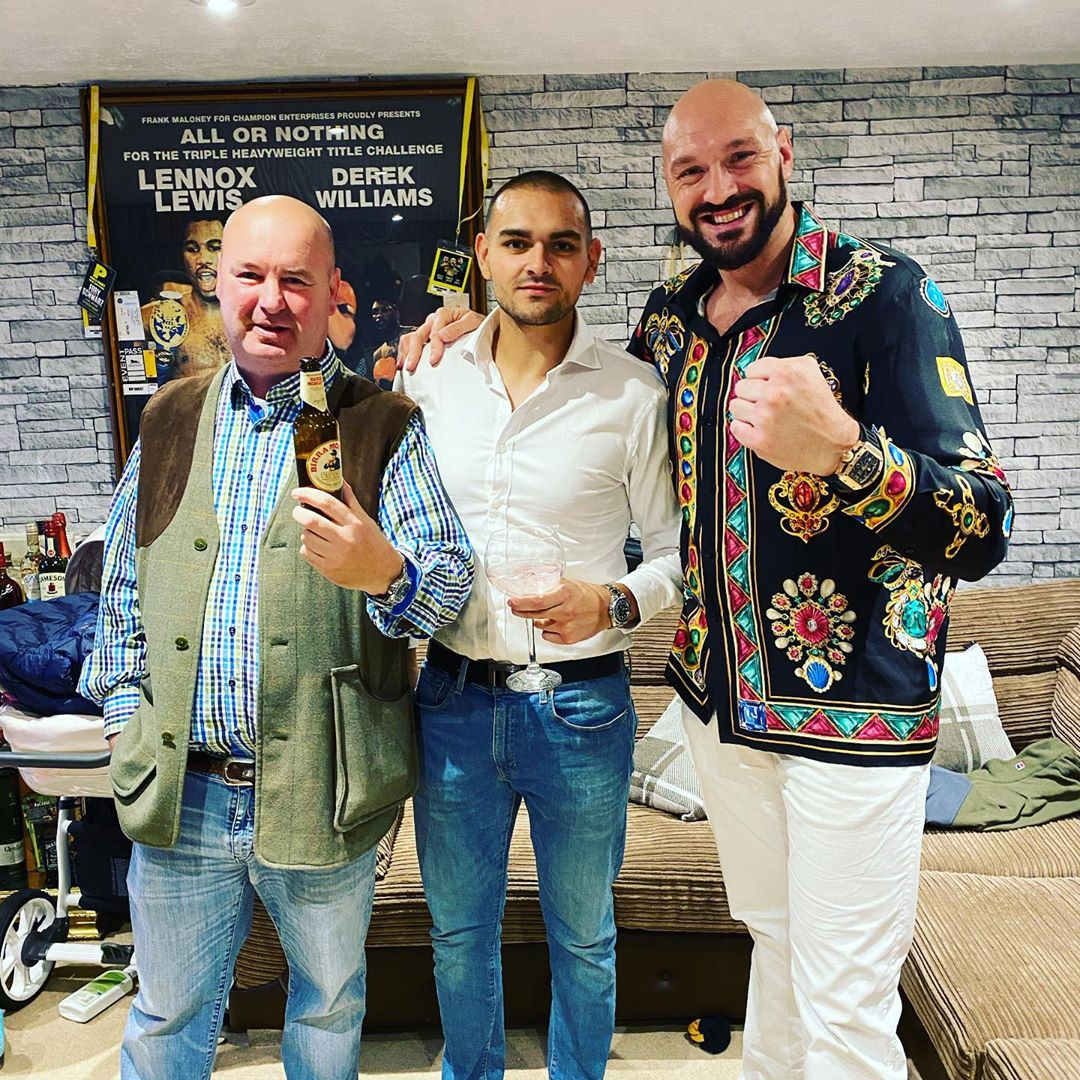 Tyson Fury, 32, is already one of the best heavyweight boxers in the world, with his younger brother, Love Island star Tommy, 21, is 4-0 in the light-heavyweight division.

Roman had been intending to follow a different career path before taking up boxing with his siblings over the past few months.

Hasn’t had any amateur fights, but he’s been around the game a long time so born and bred into it

“We’re gonna try and get him – when the boxing starts again – maybe four or five fights within the boxing season and keep him busy for the next couple of years.

“He’s learning on the job, like Canelo was. Gonna get him to about 20-0 before we move him up.

“He’s 23, nearly 24. Hasn’t had any amateur fights, but he’s been around the game a long time so born and bred into it.

“We’ll get him a few fights and see how he goes on. Sugar Hill’s teaching him that Kronk style, he’s learning.”

Roman, like his brother Shane, had kept a relatively low profile in the Fury family with Tyson, Tommy both boxing stars.

His cousin Hughie – who has been added to the undercard for Anthony Joshua's bout against Kubrat Pulev – is a 23-3 heavyweight.

Roman explained in the iFL interview: “When lockdown happened I had nothing else to do.

“I had no work on, as many people didn’t, and I had the opportunity to go and train.

“So I did it, got fit, lost a bit of weight and I just fell in love with it.

I’ve put everything on hold and I’m gonna give it my best and see how we go…It’s like an experiment, I wanna see how far I can go

“So I’ve put everything on hold and I’m gonna give it my best and see how we go…It’s like an experiment, I wanna see how far I can go.

“Just started it now at 23, but it’s all about self-belief and I do have a lot of that.”

Roman said his older brother Tyson told him if he is going to become a boxer he has to be a hundred percent committed.

He added: “He [Tyson] just said listen, if you want to do it that badly, you can, it’s never too late.

“But you need to put a hundred percent in, everything you’ve got, no slacking, no doing out on the weekends, nothing like that, you’ve got to completely dedicate yourself.

“He’s not said it’s too late for you, give it up and all that, he’s been nothing but supportive, same as Tommy – same as everyone, the whole family.”