TYSON FURY knows he is the king and now the bank balance proves it after he was named the highest-paid fighter in the world.

The Gypsy King raked in an eye-watering £46million over the past 12 months to put him top of the tree, trumping Brit rival Anthony Joshua and UFC star Conor McGregor. 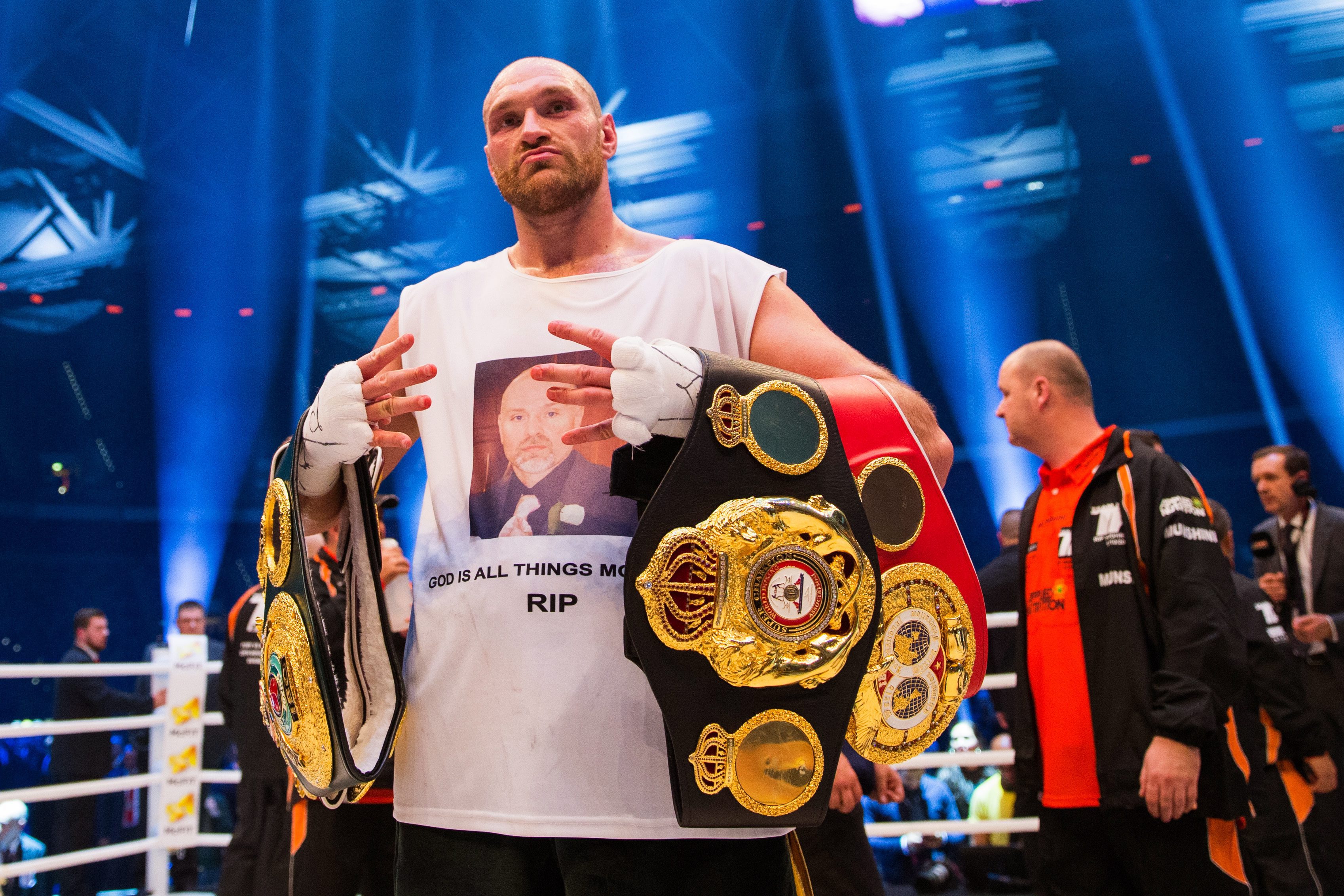 And while that may only be good enough for 11th spot in the overall global athletes' list, it puts him five places above McGregor and eight ahead of AJ.

Fury stepped into the ring for three fights in the time frame, beating Tom Schwarz, Otto Wallin and then, in dramatic fashion, Deontay Wilder, dethroning the previously-unbeaten WBC heavyweight champ.

As revealed by Forbes, his bouts netted him a cool £40m with the remaining £6m coming from sponsorships deals.

McGregor comes in second among all the combat stars – that despite the fact he has fought once since October 2018.

An even that fight, against Donald Cerrone, was all over within 40 seconds in January.

Regardless, The Notorious earned £26m for his troubles against Cowboy Cerrone – his £13m extra in endorsements mean he pips Joshua's £38m by just £1m.

The Watford star lost his first pro fight last June to Andy Ruiz Jr – and with it his heavyweight world titles – but claimed them back again in December.

His pay is split with £29m in fight purses and £9m in his various deals with the likes of Under Armour and Beats, among others.

American Wilder comes in fourth among the world's fighters and will get the chance to bolster his pay packet with a trilogy clash with Fury.

The combat top five is completed by another boxer with Canelo Alvarez securing just shy of £30m.

Despite not winning any Grand Slams since 2018, Roger Federer was named the highest-paid sportsperson for the first time as he pocketed a very tidy £86m, narrowly pipping footballing superstars Cristiano Ronaldo (£85m) and Lionel Messi (£84m). 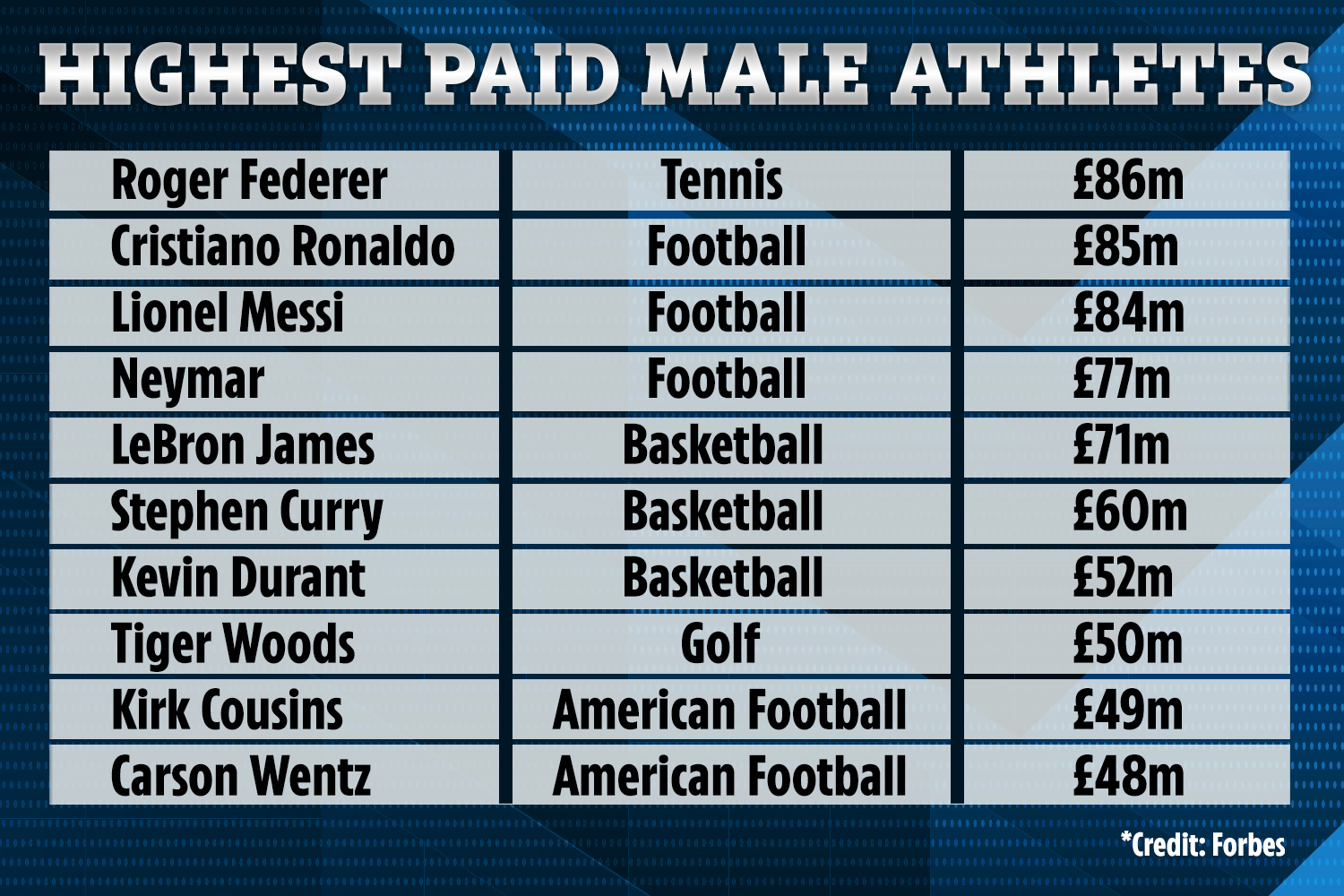