TOM HEATON had no chance of saving a point blank shot to a precious area in England training from Dele Alli and the poor Burnley Goalkeeper wasn't even involved in the drill.

Watching on from just behind the goal with Joe Hart, Heaton had no chance when a passing and shooting drill hit him right between the legs. 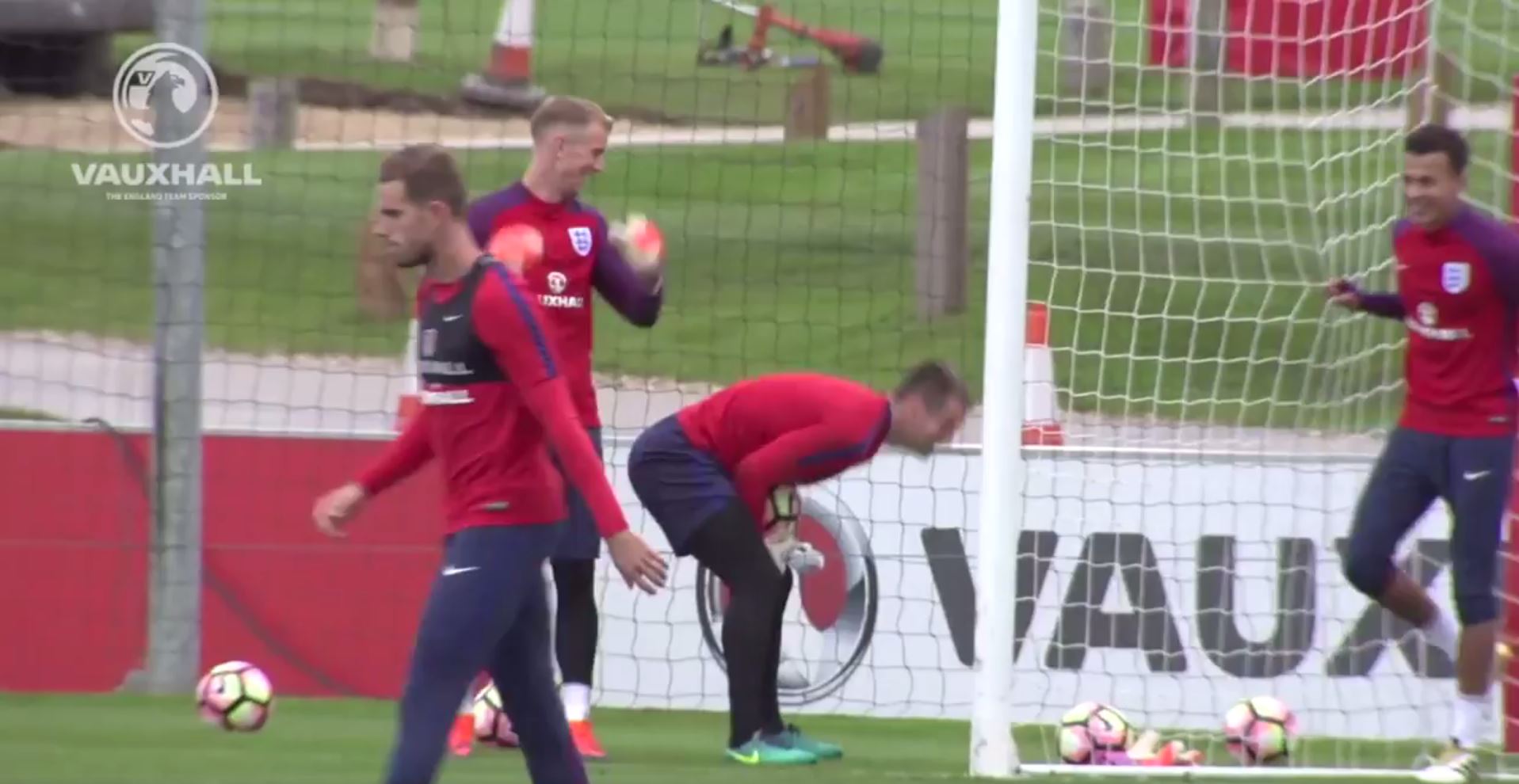 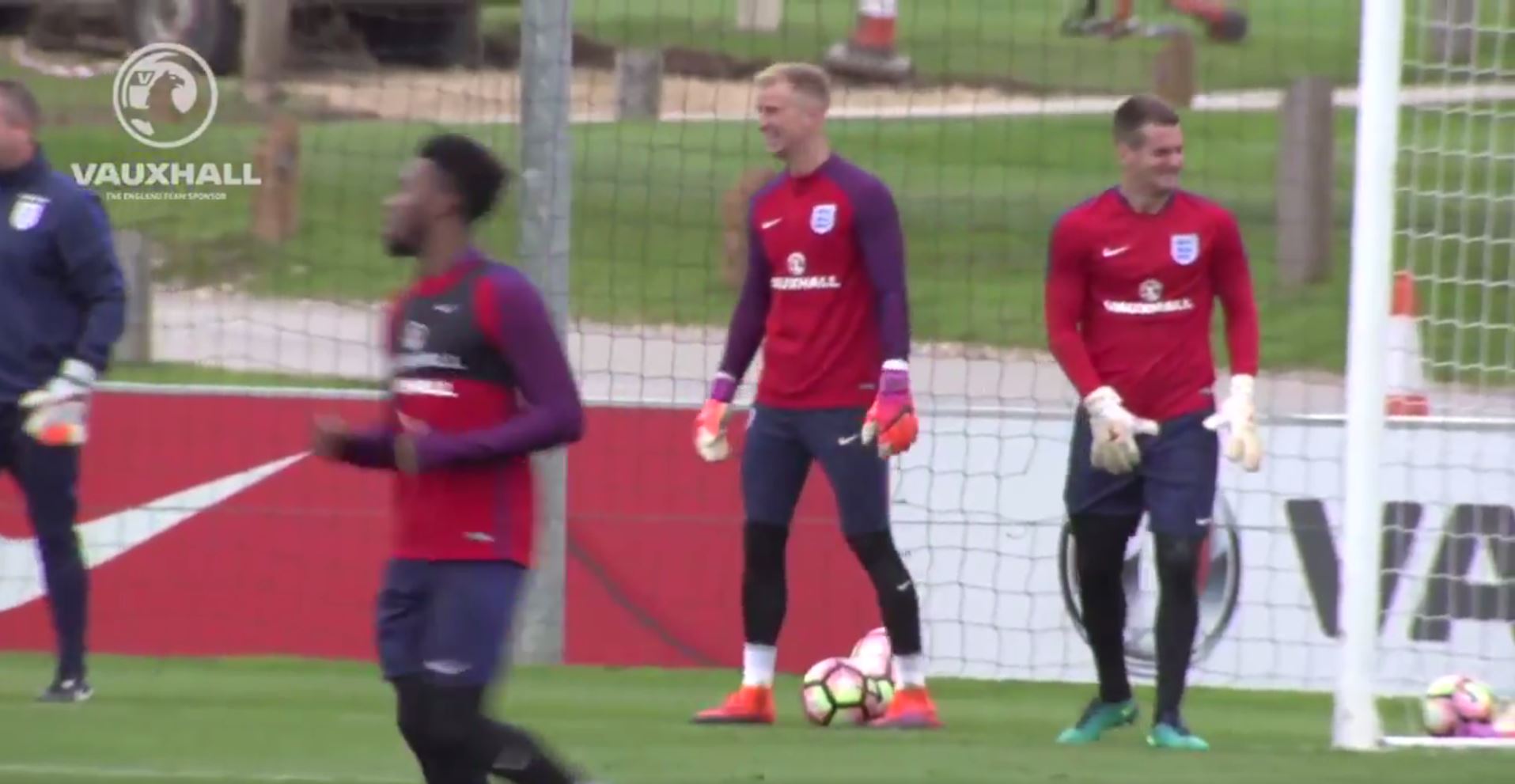 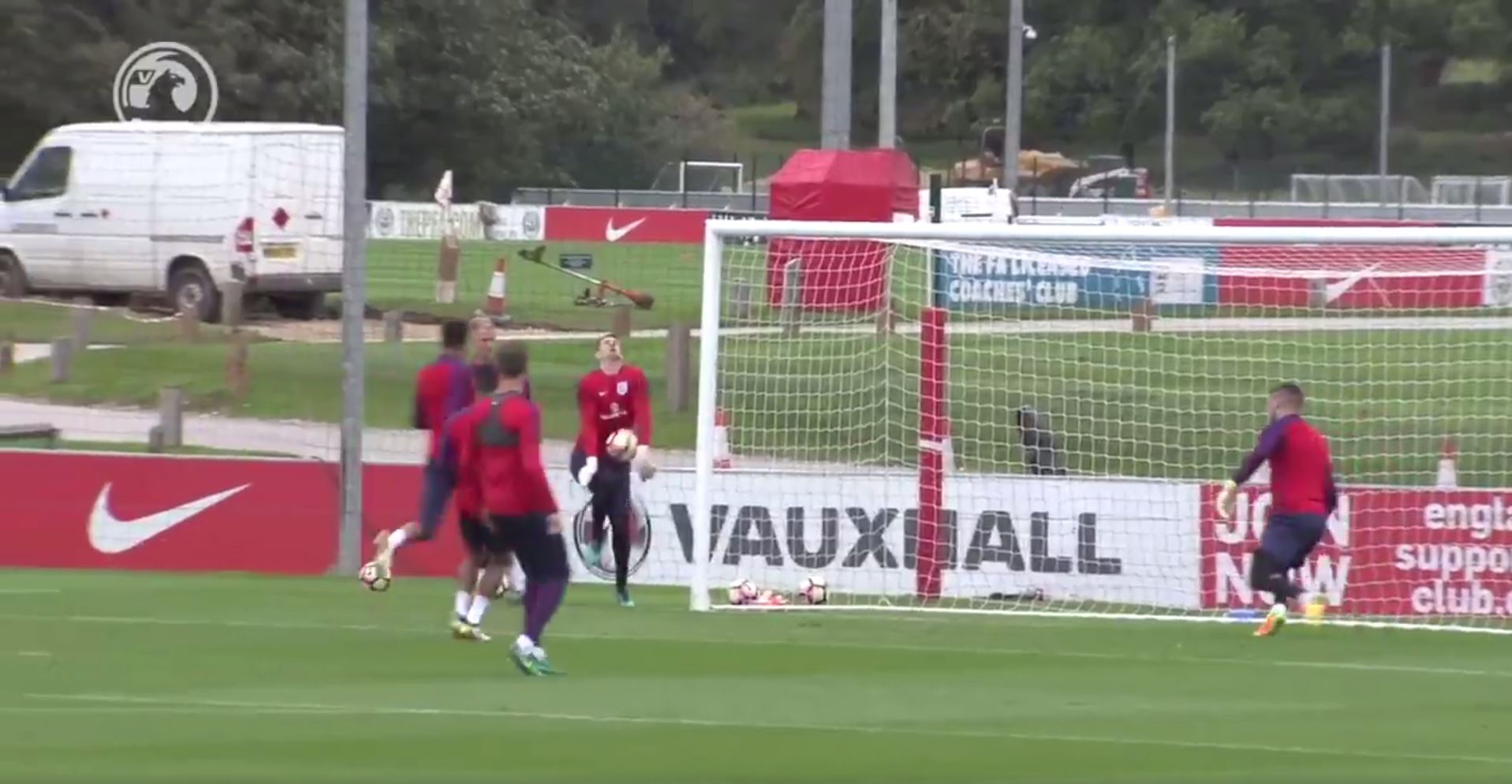 As the the ball moved from side to side it was fired across goal with Alli destined to score only for him to fire the ball just wide of the post wherethe unsuspecting Heaton was standing.

The England players laughed their heads off as Heaton grabbed his crutch mouthing a few words that we wont repeat.

Heaton is unlikely to play in the upcoming World Cup qualifiers but has proved himself to be a very good goalkeeper at Premier League level with his club Burnley.

Fraser Forster and Hart are currently in front of the 30 year old as competition for England's number 1 jersey hots up.

Heaton did grab some sympathy on social media but some seem a little concerned by Alli's miss more than the clear discomfort the keeper was in. 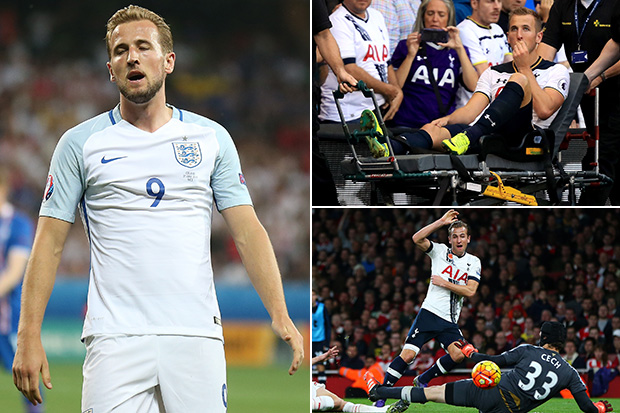 HE HAZ TO REST 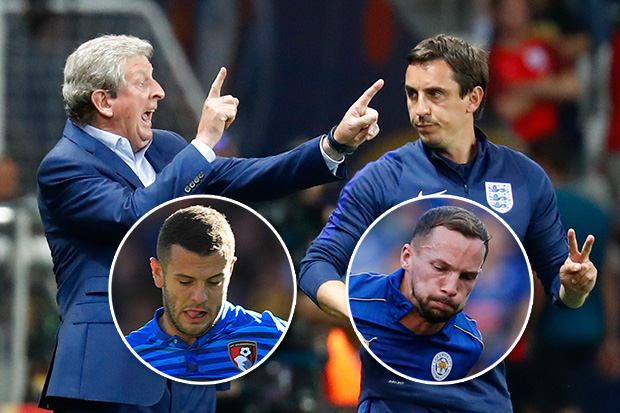 Gary Neville reveals the England squad for Euro 2016 was picked on faith in ability, not on form 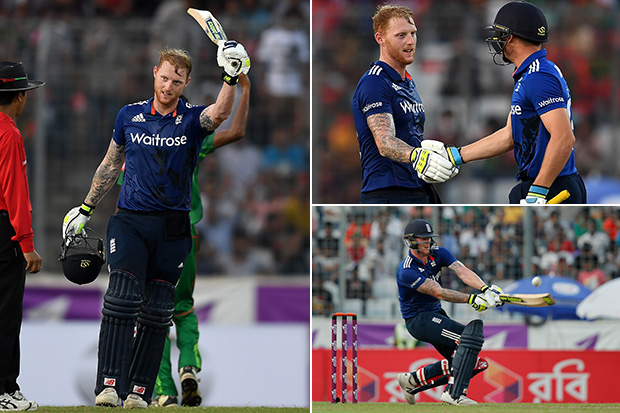 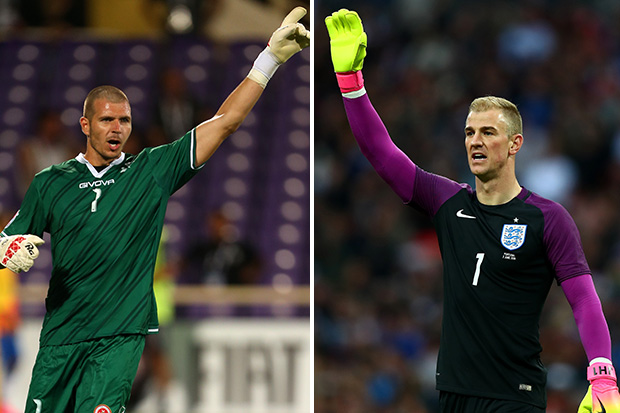 Some even credited Heaton for managing to catch the ball so perhaps his comical misfortune could work in the goalkeepers favour.

Unlikely though, but he certainly showed good reactions before the pain kicked in and everyone started laughing at him. 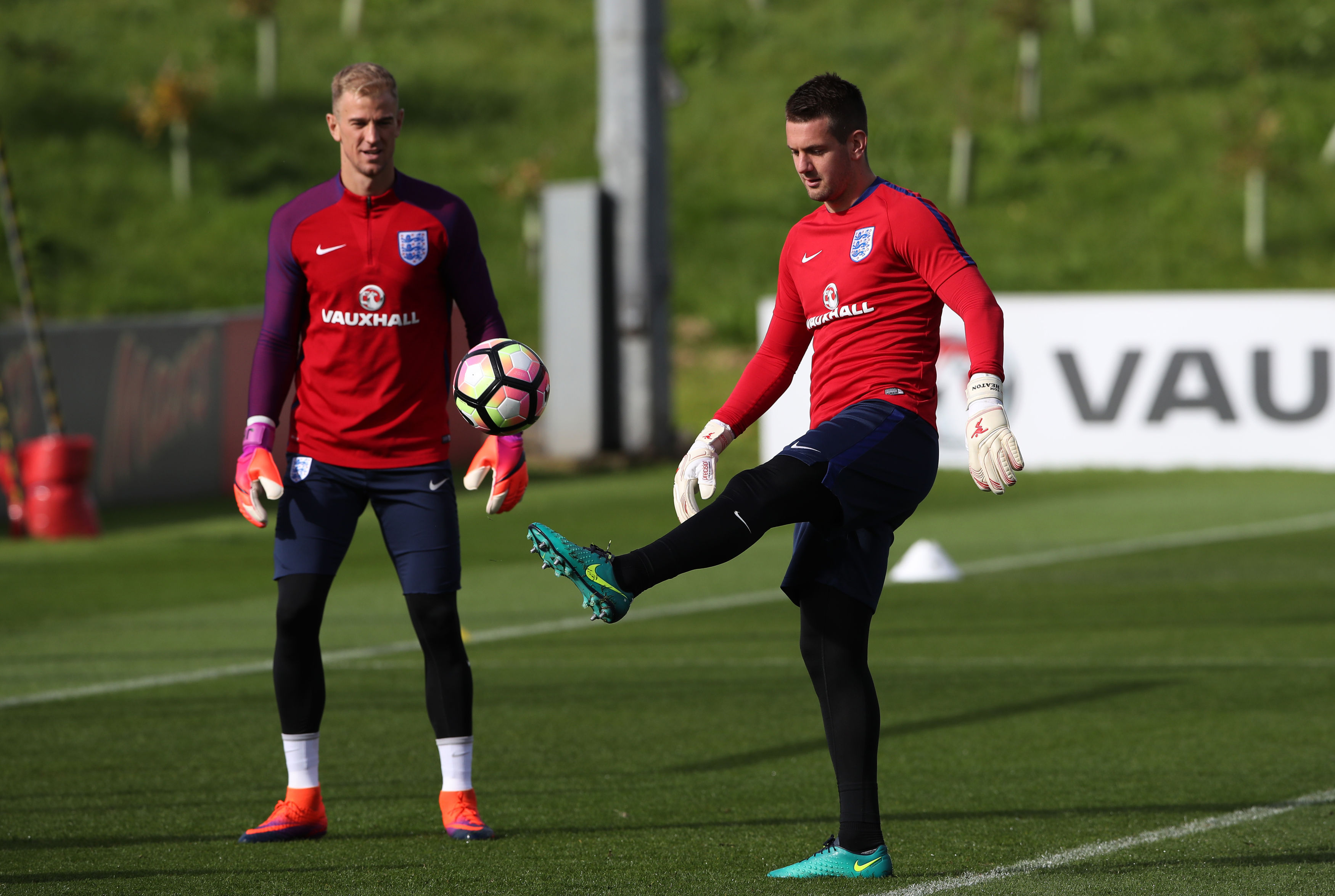 England will be playing their first game under interim boss Gareth Southgate on Saturday night as they take on Malta at Wembley.

Sam Allardyce won his only game in charge since his disgraced departure from the national side in the first qualifying game away to Slovakia.

Heaton is also joined in the sqaud by fellow Burnley team mate Michael Keane after Glen Johnson dropped out through injury.