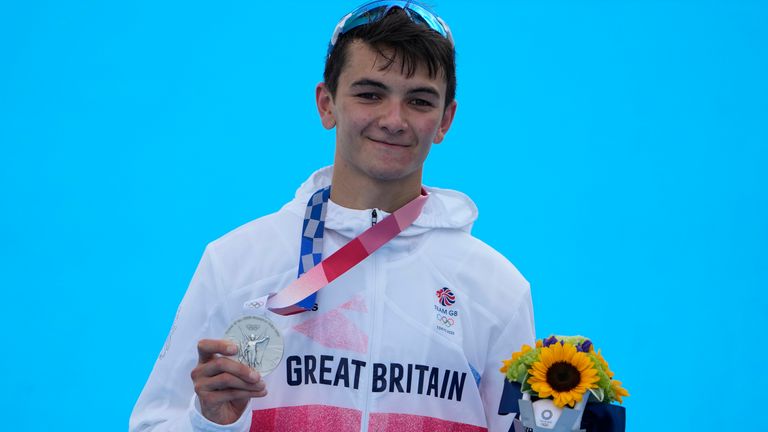 Alex Yee’s rapid rise to the top of triathlon brought him a silver medal on his Olympic debut in Tokyo, and with the promise of much more to come in the future.

The 23-year-old was looking to follow in the footsteps of Alistair Brownlee by making it three successive British golds at the Games, but it was Norway’s Kristian Blummenfelt who proved the strongest on the run at Odaiba Marine Park.

Jonny Brownlee, who was bidding for a medal at a third successive Olympics having won bronze in London and silver in Rio, had to settle for fifth.

Yee is the fastest pure runner in the history of triathlon but over the past couple of years, he has proved himself capable of living with the best on the swim and bike as well, making him a formidable competitor.

“It hasn’t really sunk in quite yet, it doesn’t feel quite real that it’s me yet,” Yee said, after standing on the podium to receive his medal.

When you win silver 🥈 at your first @Olympics you just have to call mum straight after the medal ceremony! #AlexYee @Lixsanyee #Triathlon #Tokyo2020Triathlon pic.twitter.com/KcJSXy5zuT

“I still just feel like a normal boy from south-east London. I hope I can just serve as inspiration to many people that this is possible. I’m not anything special, I just really enjoy sport and I’ve been really lucky that it was me.

“I still feel like I’m a child of the sport, I’m going into every race trying to learn things.

“If I can carry on improving my swim then I can be a bit higher up and be in the race every time and that’s the goal for me, just to become the complete athlete rather than be winning everything, and fame and money.”

The race started at 6.30am to avoid the worst of the heat and humidity but there were farcical scenes as a boat blocked half of the competitors when the gun went off and the other half had to be stopped and escorted back to the pontoon for a restart.

French double world champion Vincent Luis led the way after the 1.5 kilometres swim, with Brownlee in a nine-strong lead group on the bike and Yee heading the chasers 30 seconds down.

By the fourth lap of the 40km, the two groups were together, meaning the medals would come down to who was the stronger on the 10km run.

Burly Blummenfelt, his kit soaked in sweat and virtually transparent, made the first move on the third lap, pulling Yee, whose career was nearly ended by a serious bike crash in 2017, and Hayden Wilde of New Zealand away from the rest. 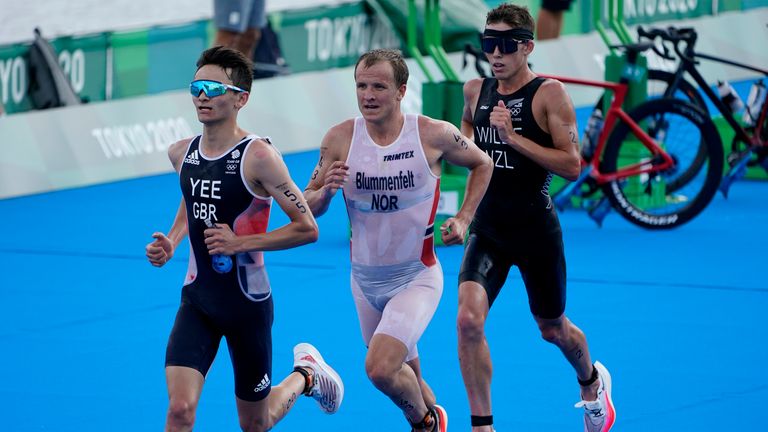 The Norwegian then kicked for home with around a kilometre to go and, although Yee tried to chase him down, he had to admit defeat and settle for silver.

“Once I’d got halfway across it I think I was pretty cooked. I was starting to feel the heat. I had a really good heat strategy and I felt really comfortable up until that point but Kristian was the better man on the day.”

Hindered by an ankle injury, Alistair Brownlee’s bid for a third straight gold ended when he failed to make the team, but the example set by the brothers has been an inspiration to Yee.

“Alistair and Jonny have created a legacy for the sport of triathlon, let alone for British triathlon, so I’ve been incredibly lucky to follow in their footsteps and see how they’ve worked and how they operate,” said the Brockley athlete.

The respect is mutual, with Jonny saying of Yee: “He’s unbelievable. I’ve seen him come through. He was in Leeds for a couple of years training and he’s an unbelievable talent.

“He’s a great runner, he’s got a great head on him and he knows how to race. He doesn’t let the big occasion worry him and he’s now converted himself into a great all-round triathlete. Alex has got the ability now to dominate this sport.” 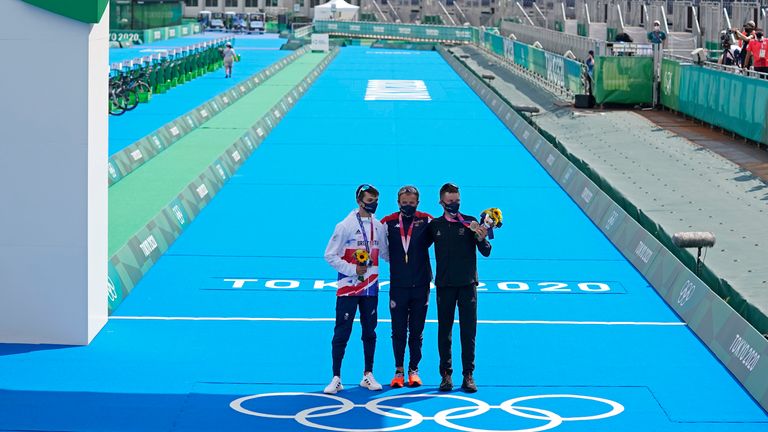 It has been a tough few years for Jonny, and he will now follow his brother in making the transition to longer forms of the sport.

Another medal was the goal, but the 31-year-old was proud of his efforts, saying: “It was unbelievably tough. On the run it’s come down to 18 months of preparation and that’s what I had.

“I gave it everything – I don’t think I could have done much more than that. If there hadn’t been that early breakaway I might have been able to sneak a medal. But I’ve got to be proud of myself.”

Yee’s silver made Britain the most successful nation in Olympic triathlon with six medals so far, and the trio of Georgia Taylor-Brown, Vicky Holland and Jess Learmonth will hope to add to that in the women’s race on Tuesday.

Britain will also have a very strong chance of gold when the mixed relay makes its Olympic debut on Saturday.