Home
Lifestyle
This teen is crashing random classes on Zoom

The rise of ‘Zoombombing’: Teenager who crashes classes on Zoom inspires other bored kids to pop into random video lessons – and she’s even raised a digital army of 60 to wreak havoc on unpopular teachers

A California teenager who graduated high school early back in February is still attending classes on Zoom every day — they’re just not her classes.

Malissa Cordova, 17, has been ‘Zoombombing’ for a week now, asking her TikTok followers to send her Zoom meeting codes for their high school classes and then dropping in unannounced — confusing teachers and students alike.

Malissa and other bored teens like her after now turned crashing other people’s Zoom classes into a trend — to the delight and frustration of the people who are supposed to be there. 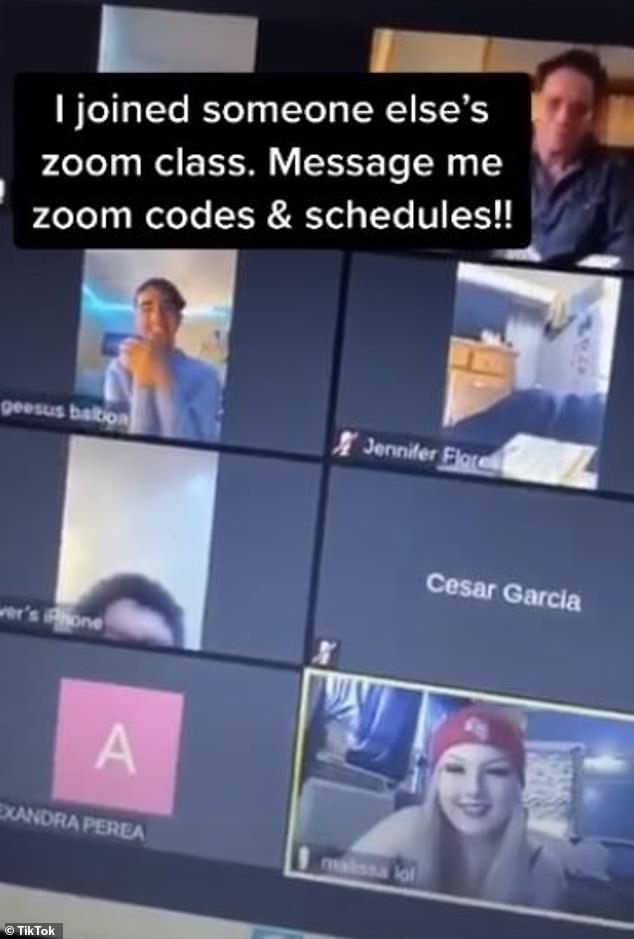 Surprise guest! Malissa Cordova, 17, graduated early in February, but has been crashing other people’s classes on Zoom

Malissa crashed a virtual class for the first time last week, recording the moment for a TikTok video.

The moment her video feed popped up on the screen, an unexpected face in a sea of otherwise familiar students, the teacher stopped in confusion.

Malissa replied calmly, telling the teacher she’s just there to sit in and learn about Macbeth.

‘I just want to learn. I won’t interrupt,’ she said.

The teacher seamed OK with that, and continued to teach — but the odd moment delighted nearly three quarters of a million TikTok users before the social media platform suspended her account.

Malissa has kept it up. On TikTok, she asks others to send her their Zoom codes and class schedules so she can decide what to do each day.

Now, every morning, she wakes up at 6 a.m. checks her Instagram DMs for codes before putting together a class schedule that starts at 8 a.m.

Ultimately, the teen said, it’s about relieving boredom, since she has nothing better to do now that she’s done with school herself but stuck home during quarantine.

She approaches her class-crashing differently on different occasions. Sometimes, she just does it to listen in, and maybe get a few giggles out of the confused reactions of teachers and students.

‘[In some classes] I sit back and observe and don’t interrupt or act disrespectful. If they want me to leave, then I leave,’ she told Insider.

Some do ask her to go away, though others — like the teacher in her first crashing experiment — don’t mind if she sits quietly. In those cases, she’s used the opportunity to actually learn about new subjects. 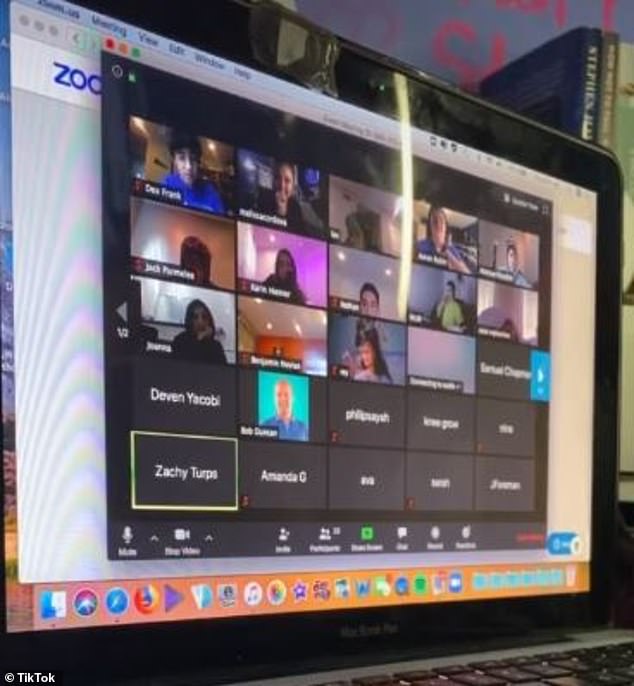 No learning today! Other times, when students tell her the teacher is ‘rude’ or ‘racist,’ she’ll be disruptive — even having dozens of other people crash the class with her

Other times, though, she is there to cause chaos — like when students who send her Zooms code say they hate the class, or call the teacher ‘rude’ or ‘racist.’

In those cases, she might call on her social media followers for help, and have as many as 60 people crash a class with her.

One thing she never does is crash a paid college course. She didn’t that once, inadvertently, and felt terrible for disrupting a class people paid for.

Since more and more students are taking classes from home, Zoombombing has  becomes a growing trend. 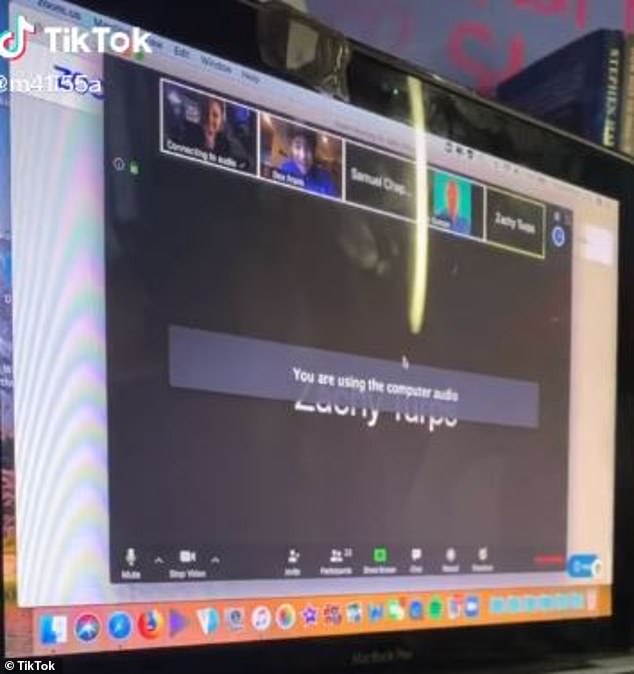 Trend: She’s shared the results on TikTok, and now other people are ‘Zoombombing’

But while sometimes it’s fun and lighthearted — and a novel way to break up the day — in other cases, it’s proven incredibly disruptive.

That was the case for a virtual class at Arizona State University, when an anonymous participant played pornography for the other participants.

‘We are deeply upset to hear about the incidents involving this type of attack,’ a Zoom spokesperson told Insider. ‘We strongly condemn such behavior and we encourage users to report any incidents of this kind directly to https://support.zoom.us/hc/en-us/requests/new so we can take appropriate action.’

The spokesperson recommended using password protections as a deterrent, and also to consider using the waiting room feature, in which the host has to grant access to each participant joining.

Tags: 'This, C, crashing, is, random, teen
You may also like
Recent Posts