Home
Lifestyle
This Is The Difference Between Gelato And Sorbet 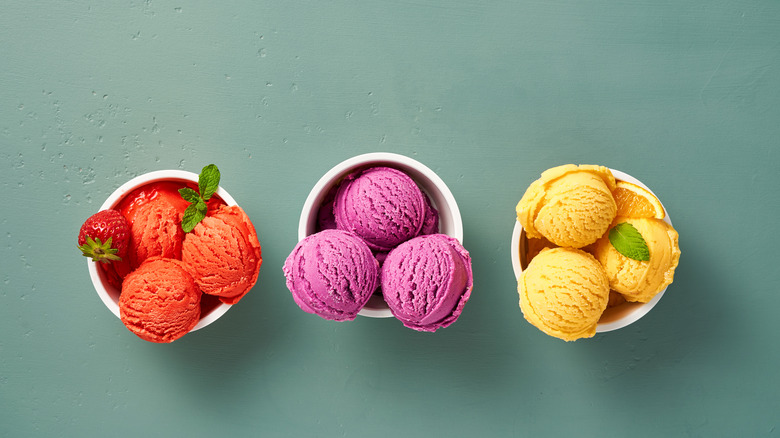 In the summer, you may have more time to ponder the important questions, like what’s really in gelato and sorbet. As you cool off with your iced dessert of choice, there are a few interesting facts about both types of confections that you may want to keep in mind.

The main difference between gelato and sorbet is dairy. Sorbet is sugar-based, Martha Stewart explains and it’s main ingredients include water, fruit and other flavorings. Gelato and ice cream maintain similar production processes. “[Ice cream and gelato] both refer to a frozen confectionery made of some combination of milk and cream, sugar, sometimes thickeners or egg yolks, and other flavorful ingredients,” Jenni Britton Bauer, owner of Jenni’s Ice Cream, tells the outlet. Plus, gelato and ice cream both get churned to mix air into the recipes, making for a smooth, dense texture. 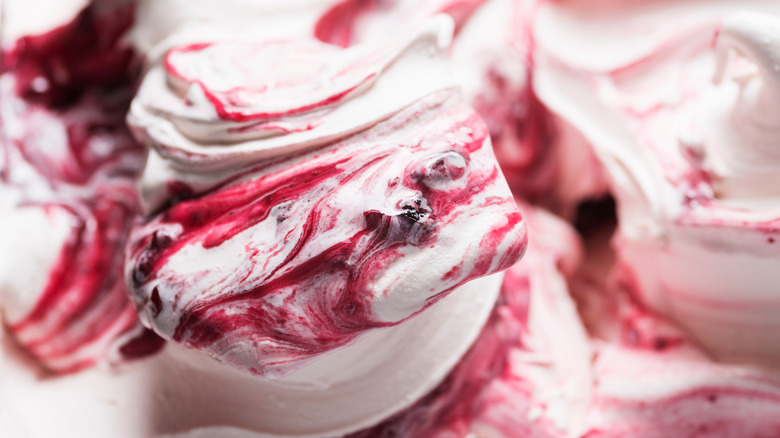 While ice creams and gelatos boast multiple flavors containing different ingredients, sorbet is the original flavorful dessert. Martha Stewart reports that sorbet manufacturers purée fruits such as grapes, watermelon and raspberries before straining them and adding simple syrup. From here, they cool the mixture and churn it. As opposed to ice cream and gelato, it has a lot fewer ingredients and none of them involve dairy. Britton Bauer explains that sorbets are sometimes considered healthier due to their lowered fat content. However, the levels of sugar are close to the same as ice cream and gelato.

If you’re looking for a lighter dessert but something more full-bodied than sorbet, sherbert is the happy medium. Real Simple notes that this type of dessert is simply sorbet with milk incorporated. Sherberts are always fruit-based, so you’ll know exactly what you’re getting. Martha Stewart explains that ice cream maintains between 10 and 20% milkfat while sherbert is only one or two% milkfat. If you like the taste of dairy but want less of it, opt for sherbert.

Overall, there are some pretty big differences between these types of desserts. Now that you know what happens behind the scenes, you can check to see if you notice the varieties in textures in each.

Tags: 'This, between, difference, is, The
You may also like
Recent Posts