Seventeen-year-old pop wunderkind Ruel can add another string to his bow, becoming the youngest-ever nominee of the breakthrough songwriter award at the annual APRA Music Awards. 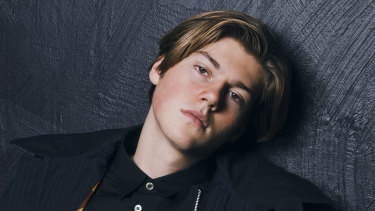 17-year-old Ruel is the youngest-ever nominee of the breakthrough songwriter award.Credit:James Brickwood

"I went to my first APRA awards when I was, like, 13. My first introduction to the music industry was going to that awards ceremony," he said. "This is a very special one. The ARIAs was amazing, but this is different because the APRAs are based on the craft and the time you spent writing songs and perfecting your craft, so I am really honoured to be nominated for this type of award."

It is the same award won by his friend and co-writer Sarah Aarons, who took home the prize in 2018 and went on to be nominated for a Grammy the following year. 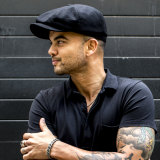 Guy Sebastian has been nominated for Song of the Year for his song Choir.Credit:Alina Gozin’a

Ruel, from Sydney, is nominated alongside Thelma Plum, Sampa the Great, The Teskey Brothers and ARIA slayer Tones and I, who is also nominated for most performed Australian work and most performed pop work, as well as the prestigious song of the year award.

In the song of the year category Tones and I, who is nominated for her record-breaking single Dance Monkey, will compete against Plum, for her song Better In Blak, The Teskey Brothers for their song I Get Up, 5 Seconds of Summer for their song Teeth, and Guy Sebastian, who beat her in the same category at last year's ARIA Awards with Choir.

Sebastian said the strength of this year's nominees demonstrated what a fantastic time it was for Australian songwriters.

"You look at music at the moment and you think of all the different styles, everything from Teskey Brothers to people like Tones and I, and hip hop which is just crushing it at the moment. It feels like there's no rules and Aussies are finding their stride and realising they can do this," he said.

Returning to the APRAs with a song that has already been a huge chart success and taken out the top prize at the ARIAs will be a cathartic experience for Sebastian. At his first APRA Awards, on the back of his Australian Idol win, Sebastian was the butt of many of the host's jokes – an experience he described as extremely embarrassing.

"I do think about that time at the APRAs, that was a crap night. I felt like the whole room was laughing at me… I was so embarrassed, they properly ripped into me and I have never forgotten," he said.

"To be back there and have the nominations, not for any other reason than for good songwriting, it is a really good feeling."

As a result of the coronavirus pandemic this year's awards will be held online on May 26. The event will still feature presenters and winners, as well as performances.

Song of the Year

Breakthrough Songwriter of the Year

Tags: 'hon, 'This, different':, is, Ruel
You may also like
Recent Posts