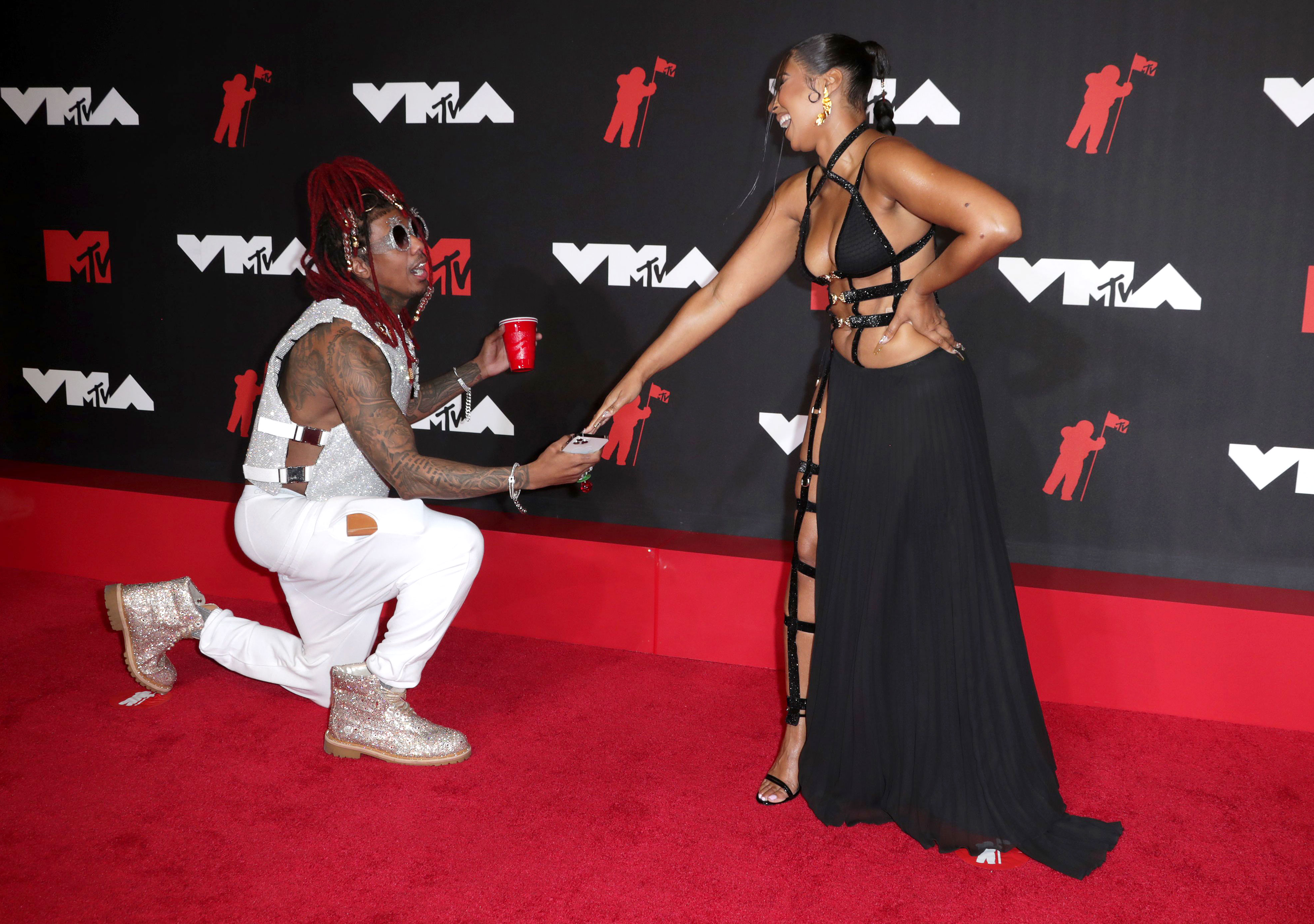 Not his responsibility! Nick Cannon saw the headlines about his faux proposal to Ashanti at the 2021 VMAs, but he says he’s not the person who popped the question — it was his alter ego.

“Usually I don’t address this social media gossip but after my name was trending WORLDWIDE again for something I didn’t do, I have to say y’all trippin on this [one]!” the Masked Singer host, 40, wrote via Instagram on Monday, September 13, alongside a side-by-side photo of himself in a suit and a picture of a person at the VMAs who is “not” him.

“I have a brand new Talk show coming out September 27th!” the America’s Got Talent alum continued. “Why would I go to the VMA’s like this!? I heard this some corny new rapper named @MurdaCountHarlem I see no resemblance #respectfully.”

His post linked to another Instagram account for Murda Count Harlem, who has no posts and is following no one but has 11,000 of his own followers.

The California native raised eyebrows on Sunday, September 12, when he got down on one knee at the MTV VMAs in Brooklyn, New York, and pretended to propose to Ashanti, also 40. The singer seemingly played along, sharing a photo from the awards show via her Instagram Stories with the caption, “I didn’t even know that was u!!!”

The “Foolish” singer also reposted one of the memes about the moment, which suggested that Cannon was hoping to make a new love connection with her. “Y’all better stop playin with me!!!!” the New York native wrote alongside an illustration of an impregnated hand with the caption, “Ashanti later.” 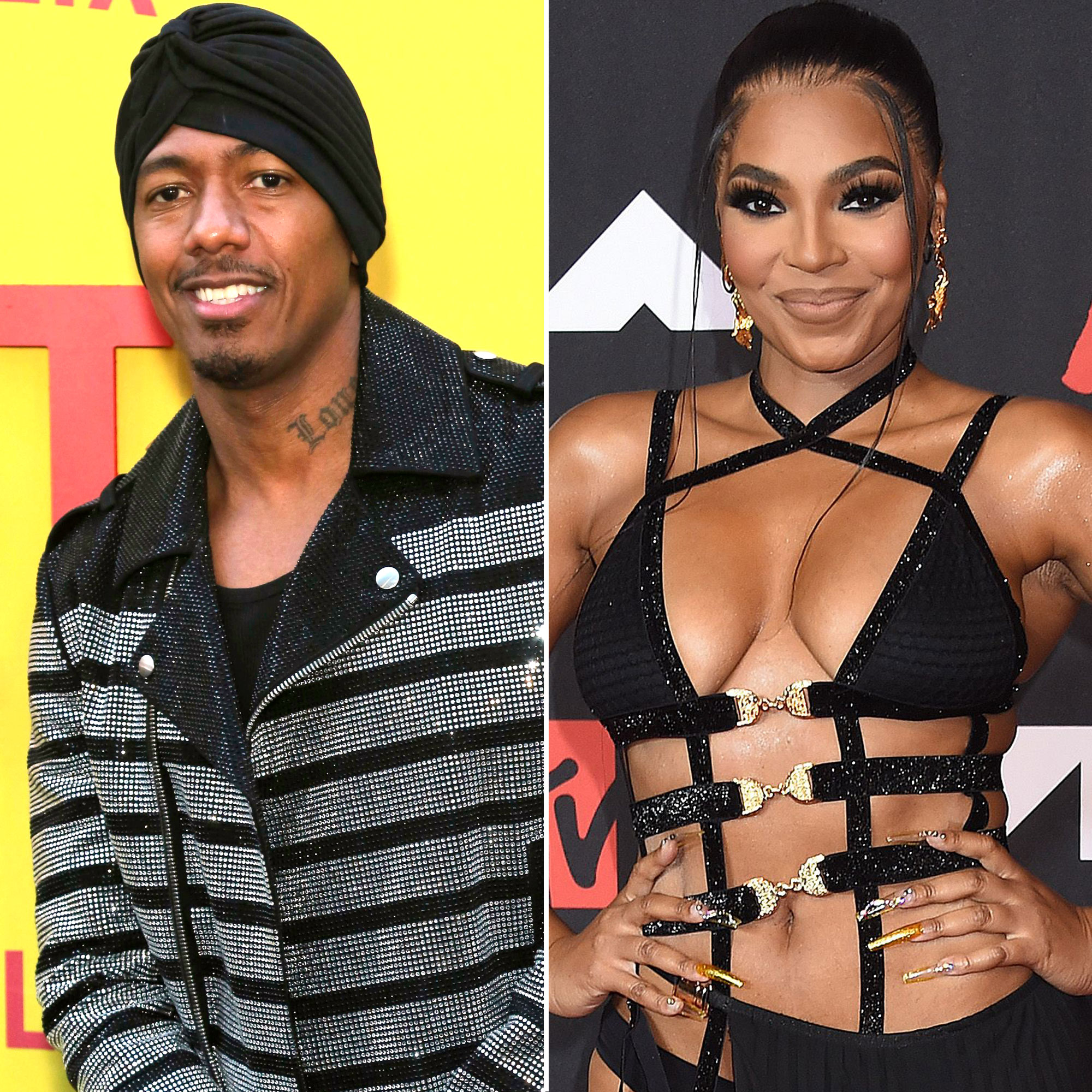 The Drumline actor recently made headlines for having four children with three different women in the span of one year. In June, he welcomed twins Zion and Zillion with Abby De La Rosa and son Zen with Alyssa Scott. Six months earlier, he welcomed daughter Powerful with Brittany Bell, with whom he also shares son Golden, 4.

Cannon also shares 10-year-old twins Moroccan and Monroe with his ex-wife, Mariah Carey, whom he divorced in 2016.

VMAs’ Wildest Moments Through the Years

Last month, the Wild ‘N Out host joked that even he doesn’t know how many kids he really has. “I’m a dad to a whole bunch of motherf–kers,” he told Kevin Hart during an August appearance on Hart to Heart. “You’re gonna put me on the spot? It’s like Spades, I got eight and a possible nine. I like children, damn it!” 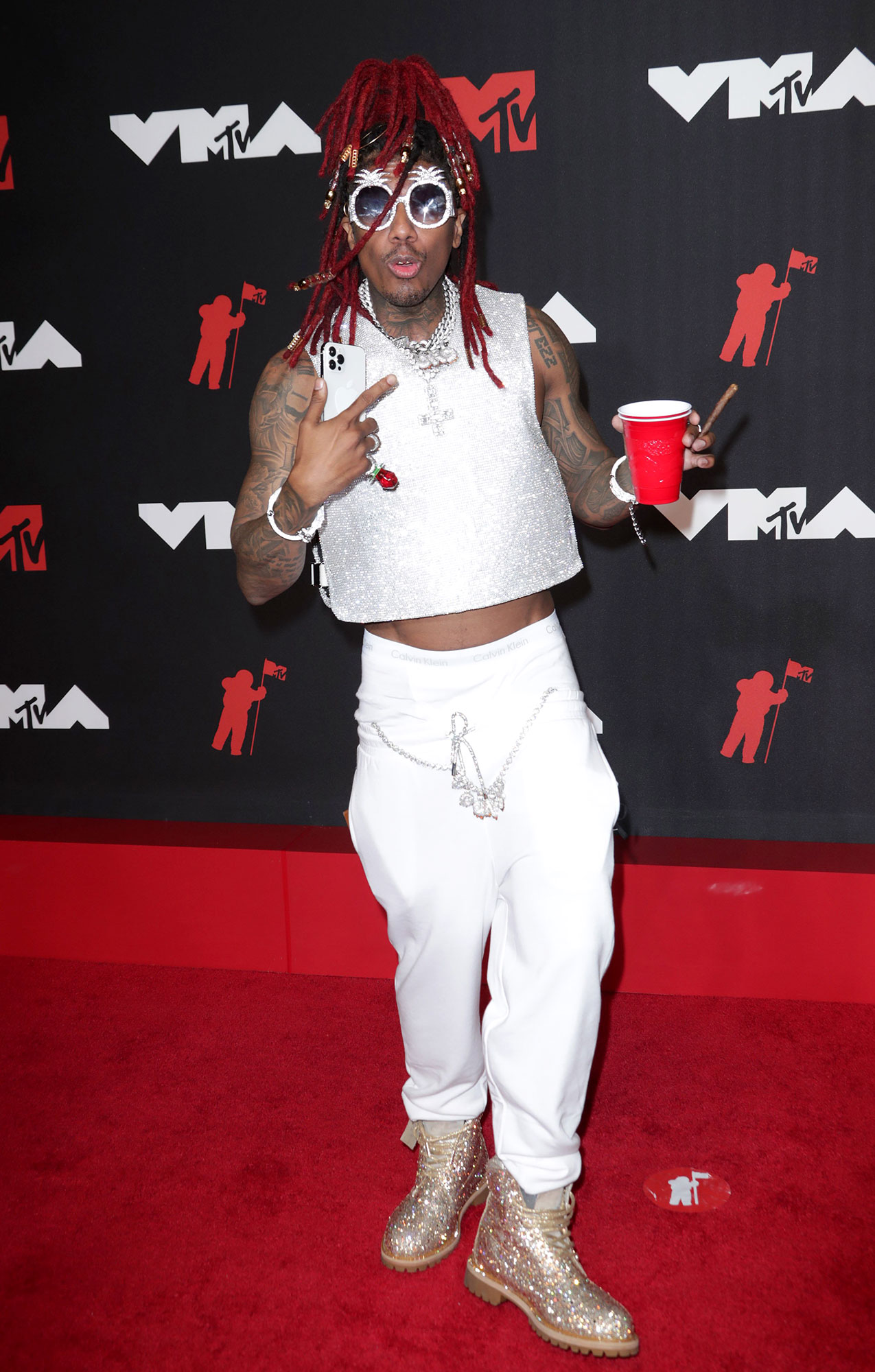 He also recently told TMZ that he’s not opposed to having more children in the future. “If God sees it that way, then that’s what I’m gonna keep doing,” he said earlier this month. “God willing!”