A man has been extradited from NSW and charged with the murder of 17-year-old Maaka Hakiwai, who died who died after being stabbed during an alleged robbery of a $50 hat in Melbourne's west last year.

The man is the third person to be charged over the teen's stabbing death, which occurred in Kings Park on September 28 last year. 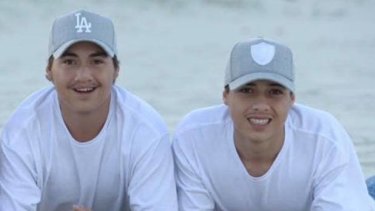 Police executed a warrant in Sydney on Wednesday and charged the 20-year-old Melbourne man with murder, armed robbery and intentionally causing serious injury.

A NSW court granted an extradition application and the man will face Melbourne Magistrates' Court on Friday.

On October 8 last year, Joshua Horton, 18, from Sydenham, was arrested and charged with murder, armed robbery and intentionally causing serious injury over the incident. 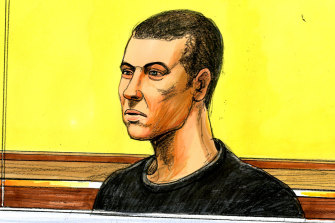 A sketch of Joshua Horton, who faced court on Wednesday.Credit:Nine News

Several days later, on October 13, a 17-year-old Hillside boy was arrested and charged with the same three offences.

The teen was arrested after a Protective Services Officer patrolling Watergardens railway station identified him from a crime circular that had been sent to all members of Victoria Police days earlier.

The Hakiwai brothers and their family had recently moved to Melbourne from the Gold Coast.

"After a decade of being a FIFO [fly-in-fly-out] family, the Hakiwai family were in the process of moving to Melbourne so they could be together and have their dad home every night," the family said in a statement following the incident. 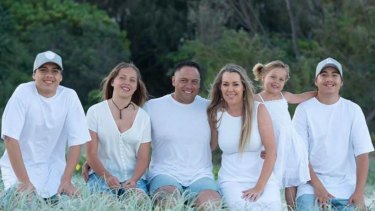 Maaka Hakiwai (left) and his brother Nate (right) with their parents Stirling and Karli and their younger sisters.

The two brothers were described as best friends who spent all their time together.

"Maaka and Nate were not only brothers they were best friends who did everything together, born less than a year apart, the boys were inseparable and loved by all who knew them," the family said.

Tags: charged, Man, murder, Third, with
You may also like
Recent Posts