Home
Lifestyle
The 'Verzuz' Session For Bounty Killer vs. Beenie Man Made History, Is a Win for Jamaica

After the Verzuz bash on May 23 united Beenie Man and Bounty Killer, we are ready for the next one.

Bring on Beres Hammond. Bring on Wayne Wonder. Bring on Buju Banton. Capleton, Sizzla, Lady Saw, and Super Cat would be welcome too, because the Jamaican edition of the celebration was a party like no other.

The virtual house was packed with music fans from all over theworld, and like other Verzuzevents, attracted some big names in music. Rihanna, Diddy, Damian Marley,Konshens, Sean Paul, Busta Rhymes, Missy Elliott, and Buju Banton were just afew of the celebs who tuned in for the show.

This was the first one that brought two artists together in the same room, and even though the audience was spread out in their own homes, the energy was magnetic.

Tears, smiles, and air horns ruled the night, and rightfully so. Beenie Man and Bounty Killer killed it and made history. Big up! 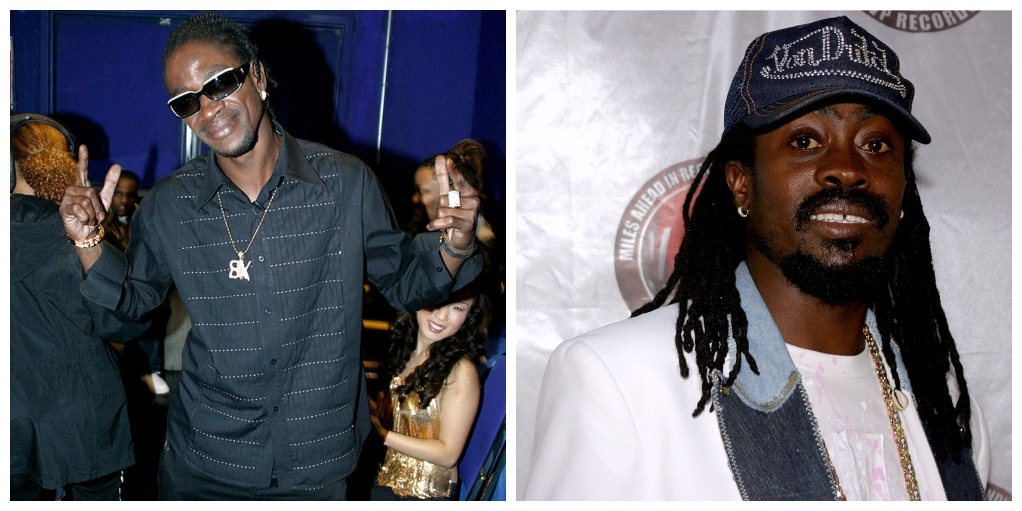 How the Bounty Killer vs. Beenie Man show was different

Peeeeee-ople dead! From the beginning, selectas Richie D and Kurt Riley set the tone by playing classics from Garnett Silk, Shinehead, Sanchez, Barrington Levy, and a host of other favorites.

The sound quality was crisp, and vibes were reminiscent of what you’d hear and feel back in the day at Sunsplash, Sting, or any sound clash at a venue in Brooklyn, Kingston, or Miami.

As an opener, the Jamaican national anthem played before things took off. Beenie Man and Bounty Killer shared the floor in a Verzuz first, but what made it so special was these two deejays have come a long way from their rivalry from the ‘90s. After a few stumbles and truces, they are officially brothers.

As tunes from each artist blared from the speakers for this session, there were moments when they grabbed the mic and chanted the lyrics live.

Keeping that same energy, they also freestyled over a few riddims and cracked jokes. It is hard to imagine that anyone listening at home was sitting still on a sofa.

It was worth it just to hear Bounty Killer’s distinct voice and to see Beenie Man’s animated dancing and that of his daughter, Desha. She made sure to hit the floor with throwbacks like the Pepperseed.

Jamaican/Caribbean culture was in full force and honored the entire night. To cap it off, sound system veteran Rory of Stone Love played the afterparty.

RELATED: ShaggyReveals Why He Turned Down a Spot On Rihanna’s Forthcoming Album

The songs will light up your playlists

Going in, viewers had some songs in mind that they wanted to hear, and one of them was Bounty Killer’s “Look” on the Bug Riddim. It wasn’t the only hit that made everyone want to throw their lighters up.

“Stucky” (Bounty) and “Old Dog” (Beenie) took the crowd back, but when “Hypocrite” came on, it was another hot track that invited old memories of every song on the Showtime Riddim, including Bounty Killer’s “Eagle and Di Hawk.” Aye! Aye!

Of course, some hip hop collaborations were played, such as “Deadly Zone” (Bounty and Mobb Deep), “Fresh From Yard” (Beenie and Lil Kim), and Hip-Hopera (Fugees and Bounty). Other dancehall classics in the rotation were “Worthless Bwoy,” “Romie,” “Girls Dem Sugar,” and “Benz and Bimma.”

Fans reminded that hip-hop has roots in Jamaica

Swizz Beats and Timbaland partnered up to create Verzuz, and with this particular installment, made a point to remind folks that rap stems from Jamaica’s music scene.

Black Thought rapped in “Web” that “Kool Herc ain’t never get a royalty check” as a nod to the Jamaican DJ’s pioneering role in creating hip-hop in New York.

Beenie Man + Bounty Killer are live from Jamaica. Get over to club @verzuztv now. 🔥🇯🇲🔥🇯🇲🔥🇯🇲#verzuz

Back in the ‘70s, Kool Herc brought the style of toasting from the island to the US.

In layman’s terms, toasting is rhyming/chanting over a vocal-free beat—typically a dubplate—and including trash talk, jokes, or social commentary in what was typically a freestyle. It originated in Jamaica with greats such as U-Roy, I-Roy, and Dillinger.

Kool Herc parlayed the style and started producing break beats, which is the foundation of early hip-hop. And that is why Swizz Beatz is always emphasizing that Verzuz is educational.

The session with these two dancehall titans—Beenie Man and Bounty Killer—helped connect some musical dots.

RELATED: DMXWants Jay-Z to Face Off Against Him in Instagram Music Battle

Tags: 'Verzuz', Session, The
You may also like
Recent Posts