WITH most of us currently spending more time at home, you want may to dig through your spare change for rare and valuable coins.

If you spot one of the top six, then you could end up making a tidy profit, as the whole lot are worth up to £1,045 in total. 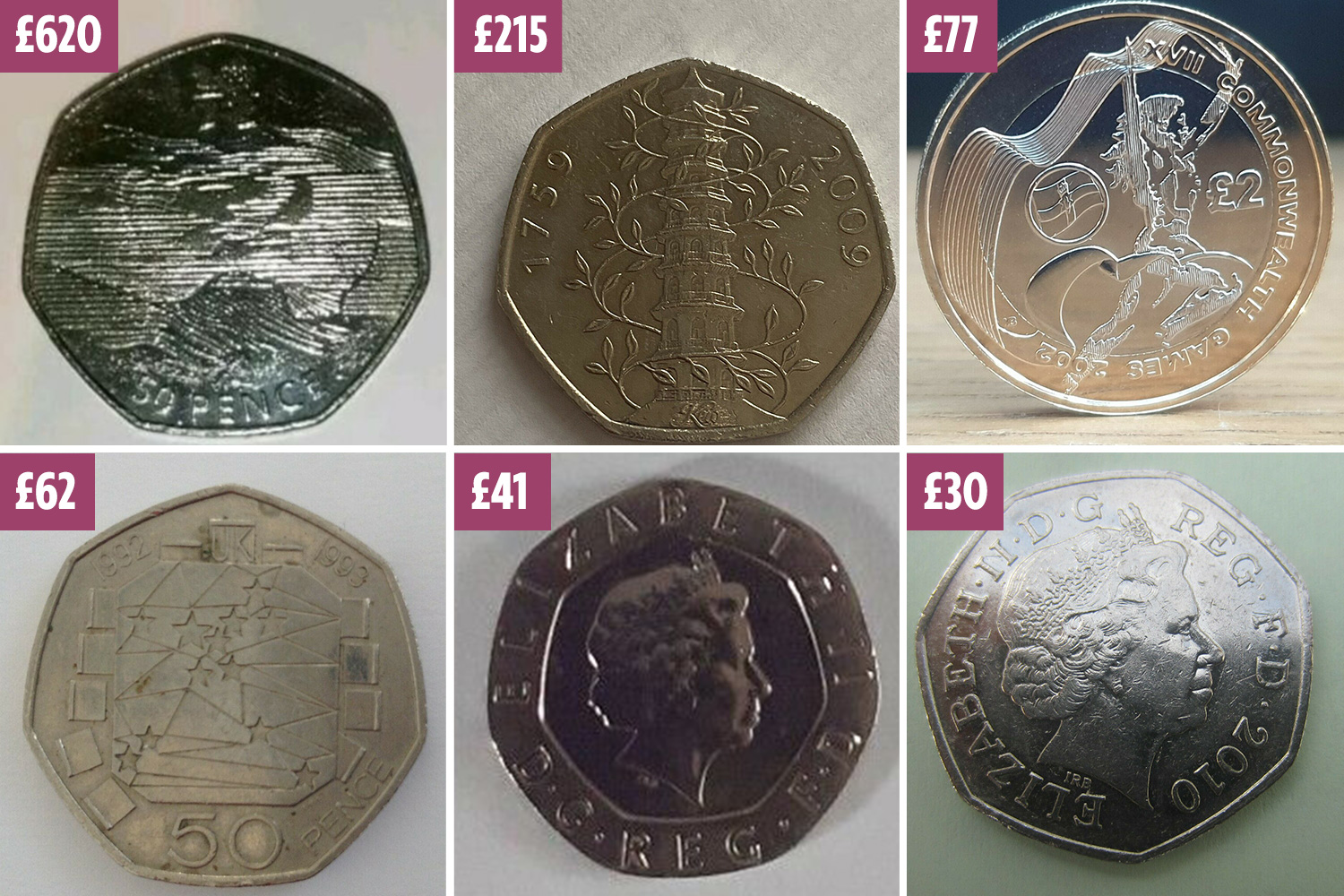 We had a look on eBay for the most valuable circulated coins sold recently – and we found an error coin that sold for more than £600.

So take a look at the coins below, because you can be quids in.

Although, the value of the coin obviously depends on the demand from collectors.

Is your small change worth a fortune?

IF you think that you might have a rare coin then you might be able to make a real mint.

The most valuable coins are usually those with a low mintage or an error.

These are often deemed the most valuable by collectors.

You should check how much the coin is selling for on eBay.

Search the full name of the coin, select the "sold" listing and then toggle the search to "highest value".

It will give you an idea of the amount of money that the coin is going for.

You can either choose to sell the coin on eBay or through a specialist such as ChangeChecker.org.

If you choose the auction website then remember to set a minimum price that is higher or at the very least equal to the face value of the coin.

Even if your coin “sells” on eBay for a high price there’s no guarantee that the buyer will cough up.

It its terms and conditions, the auction website states that bidders enter a “legally binding contract to purchase an item”, but there’s no way to enforce this rule in reality.

The most eBay can do is add a note to their account for the unpaid item or remove their ability to bid and buy. 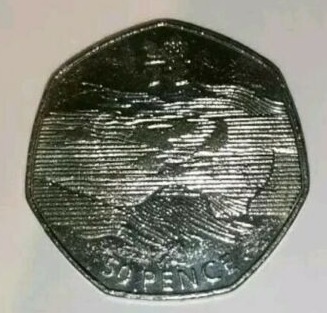 The design that sold for £620 was the aquatic coin featuring a swimmer, but it was actually minted by mistake.

Ahead of the coin's release in 2011, the Royal Mint redesigned the aquatics 50p to show less water crossing the swimmer making their face more visible.

But a small number of coins were accidentally struck with the original design and entered into circulation.

Nobody knows exactly how many of the error coins were mistakenly made, which makes them even more valuable to a collector.

This coin sold on eBay in February after receiving 18 bids.

In August last year, a similar 50p Olympic coin sold for £590 on eBay. 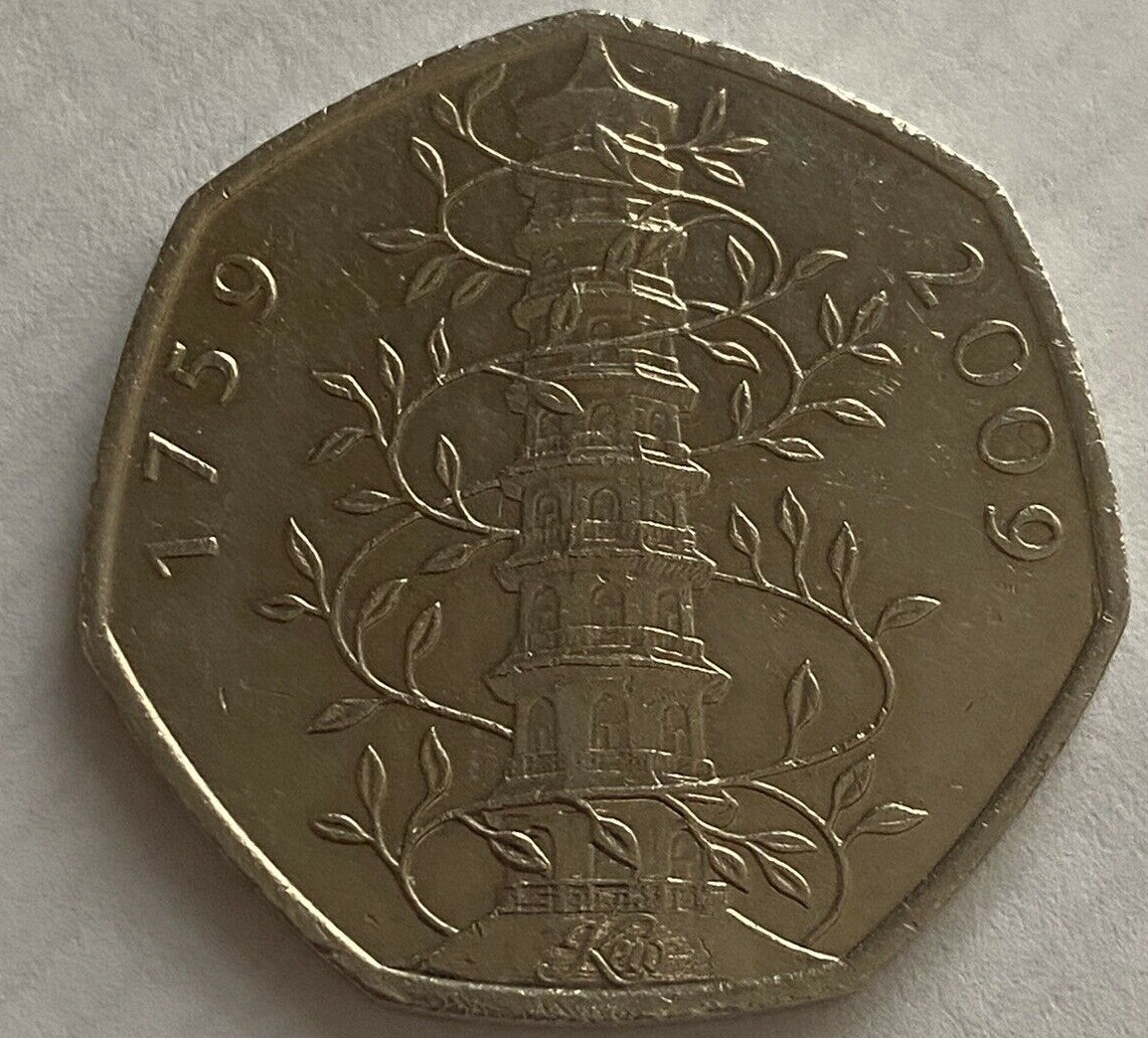 The 50p coin was released in 2009 and is considered to be one of the rarest coins in circulation.

It features the famous Chinese pagoda, which was built in 1761, from the botanical gardens.

Only 210,000 of the coins were released into circulation, compared to a standard mintage figure of around five million.

The coin has topped ChangeChecker's scarcity index for the past few years, as it's still a huge hit among collectors. 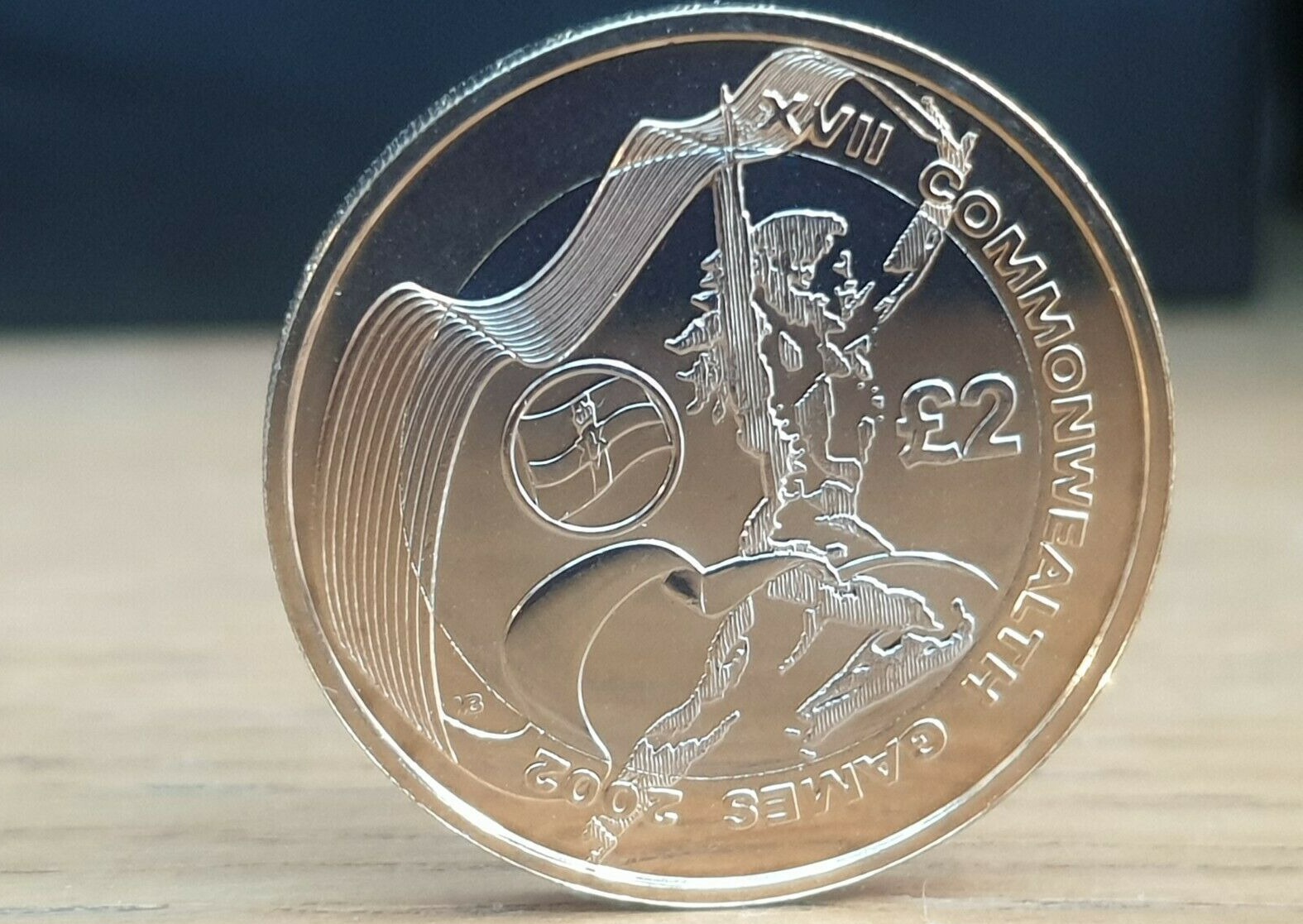 Four coin designs were made to celebrate the Commonwealth Games in 2002, with one for each of the UK's nations, England, Wales, Scotland and Northern Ireland.

You can check which version of the coin you have by looking at the flag in the circle – it will either depict the English, Northern Irish, Scottish, or Welsh flag.

The Northern Ireland coin is the most valuable on eBay – selling for £77 recently after attracting 34 bids. 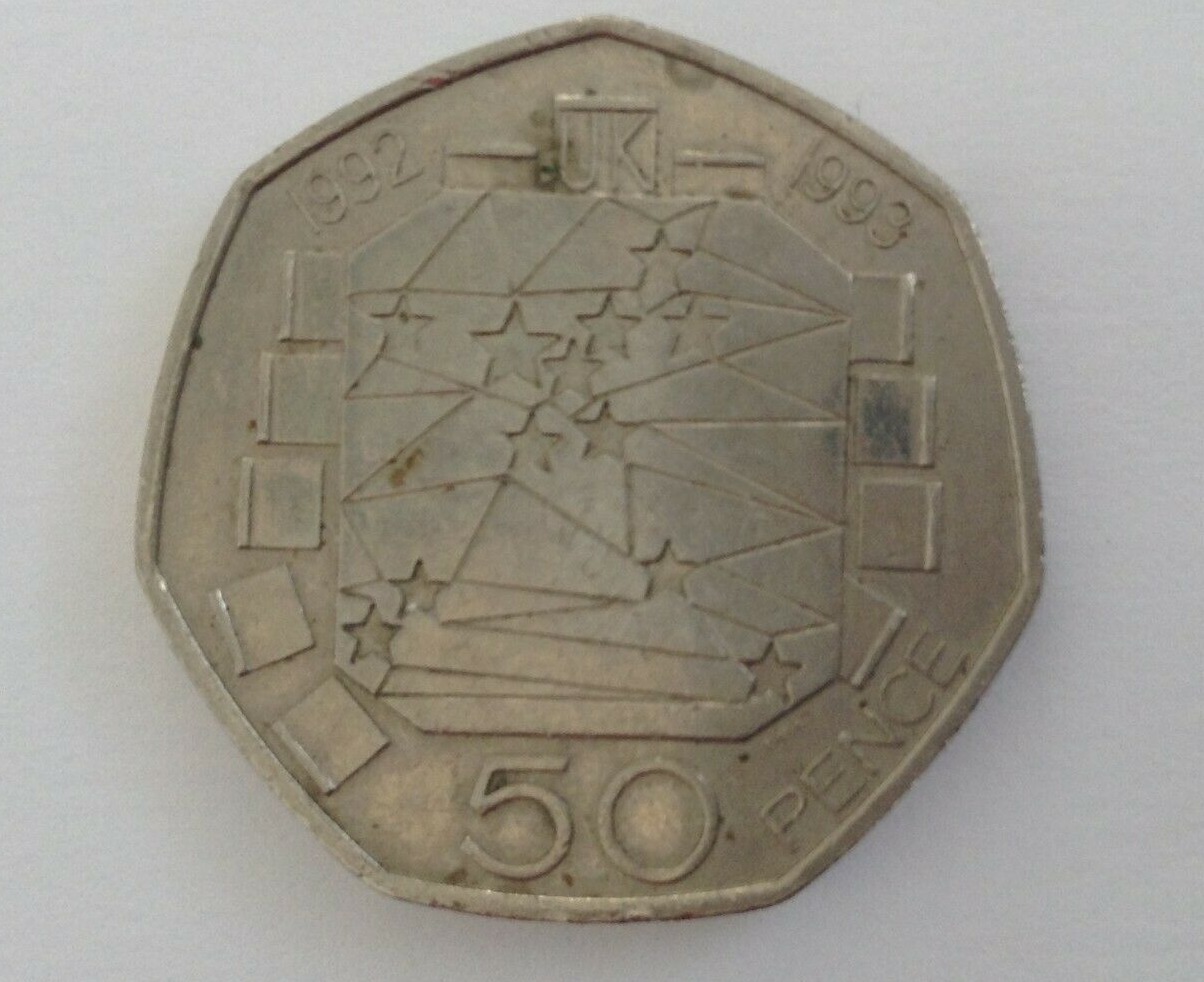 They were made to celebrate the British presidency of the council of Europe and only 109,00 were made at the time.

They come in the old-style 50p size, which is bigger than the current 50 pence piece. 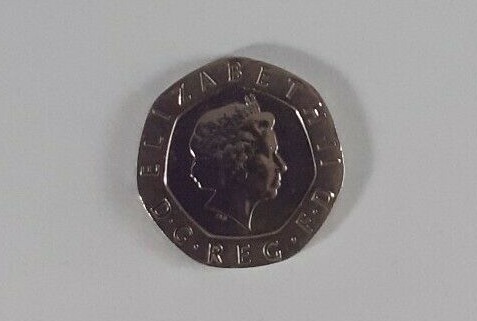 Fifth on the list is the undated 20p, which is currently selling for £41 on eBay.

The coin is one of a number of 20p coins which were incorrectly minted without the 2009 date. 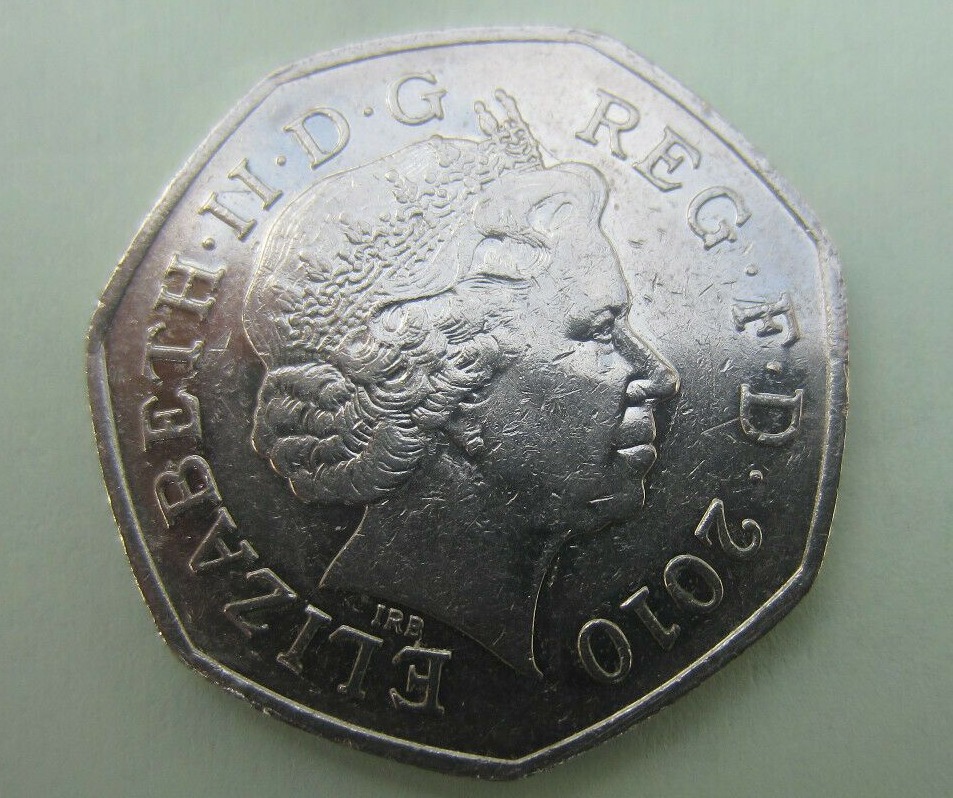 This 50p coin with the Royal Shield of Arms design and 2010 date sold for £30 on eBay in February after receiving five bids.

The eBay seller said the coin "must have come from a not intended for circulation (nifc) set", which could explain the high price tag.

Colin Bellamy, from Coin Hunter, told The Sun he believes more Brits have come to coin groups recently to check the value of the coins they have at home.

He said: "I have noticed more people selling collections now – because money is tight and they are looking to raise funds for essentials.

"Most coin values have stayed about the same – I have noticed the NHS 50p from 1998 has increased a bit in value recently.

"In reality – people selling collections now are getting a bit less than normal – because everyone is trying to sell at the same time – making supply outstrip demand and keeping prices low."

Plus, these are the rarest 10p coins in circulation including alphabet coin worth up to 60 times more than face value.

We also reveal the most valuable and rarest error coins in circulation that could be worth up to £1,500.

Tags: and, C, most, rarest, The, valuable
You may also like
Recent Posts