Lourd, 28, the daughter of the late Carrie Fisher and agent Bryan Lourd, is making sure baby Kingston, 7 months, is familiar with grandma’s most famous role, Princess Leia.

Though the actress appears in the most recent movie trilogy as Lieutenant Connix, she went back to the movie that started it all on May 4, known as Star Wars Day or “May the Fourth Be With You” Day. She showed a picture of Kingston watching the ending of the original 1977 movie, Star Wars: A New Hope. 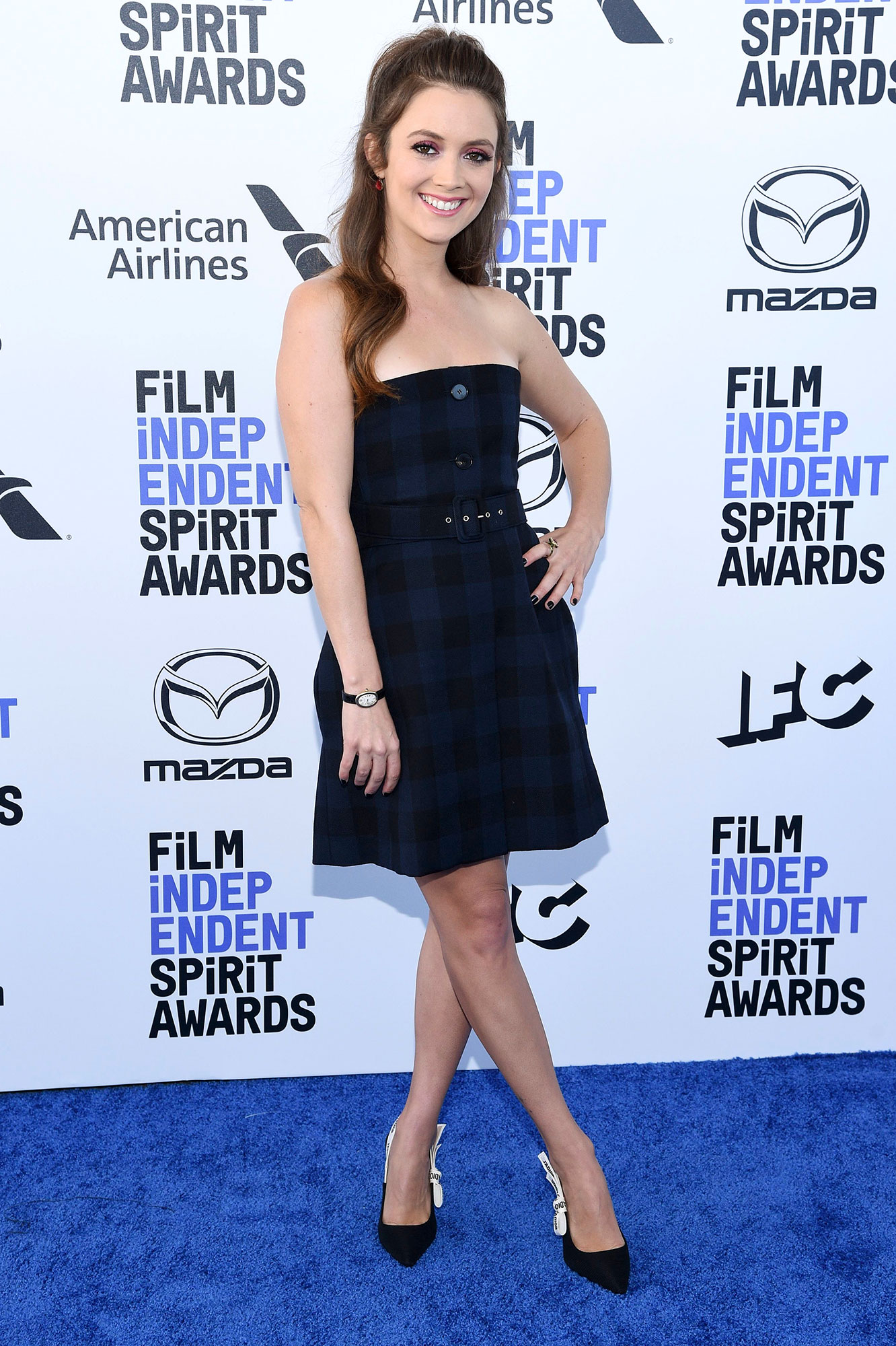 The baby, who Billie shares with fiancé Austen Rydell, was dressed for the nerdy holiday with a knitted brown hat that looks just like Fisher’s iconic hair buns. A second photo revealed that Lourd put her son in a onesie that included a picture of Princess Leia holding a gun surrounded by flowers.

The new mom’s Scream Queens costars left Billie some love in the comments. Ariana Grande left a white heart emoji while Emma Roberts commented, “This is everything.” 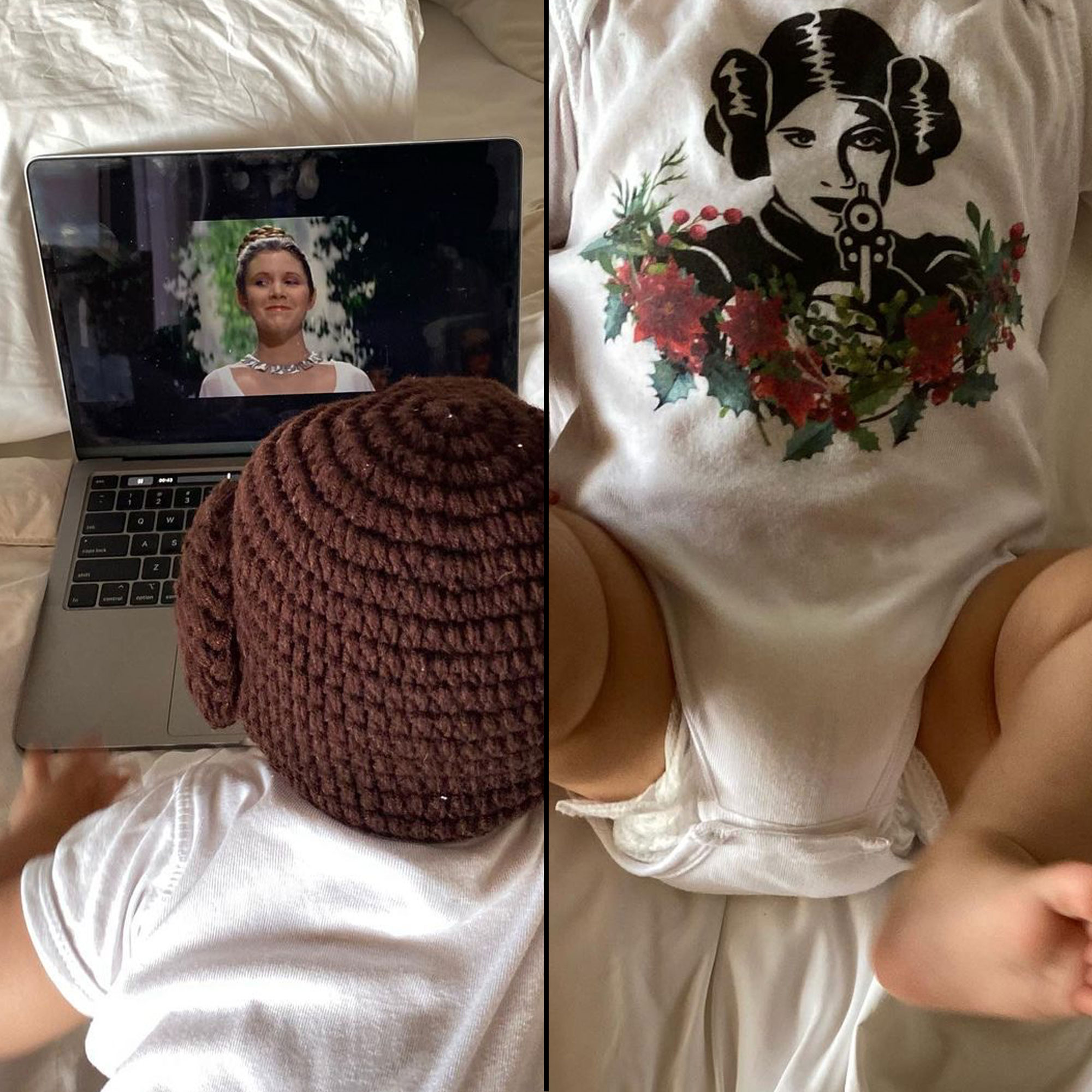 Fisher died in December 2016 after suffering a heart attack on a plane at age 60. The Los Angeles County coroner’s office confirmed that Fisher tested positive for “cocaine, methadone, ethanol and opiates,” though it couldn’t be determined if those contributed to her death. “Sleep apnea and other underdetermined factors” were listed as her official cause of death.

“[She] battled drug addiction and mental illness her entire life,” Billie said in a statement to Us Weekly after the coroner’s results were released. “She ultimately died of it. She was purposefully open in all of her work about the social stigmas surrounding these diseases. … I know my Mom, she’d want her death to encourage people to be open about their struggles. Seek help, fight for government funding for mental health programs. Shame and those social stigmas are the enemies of progress to solutions and ultimately a cure. Love you Momby.” 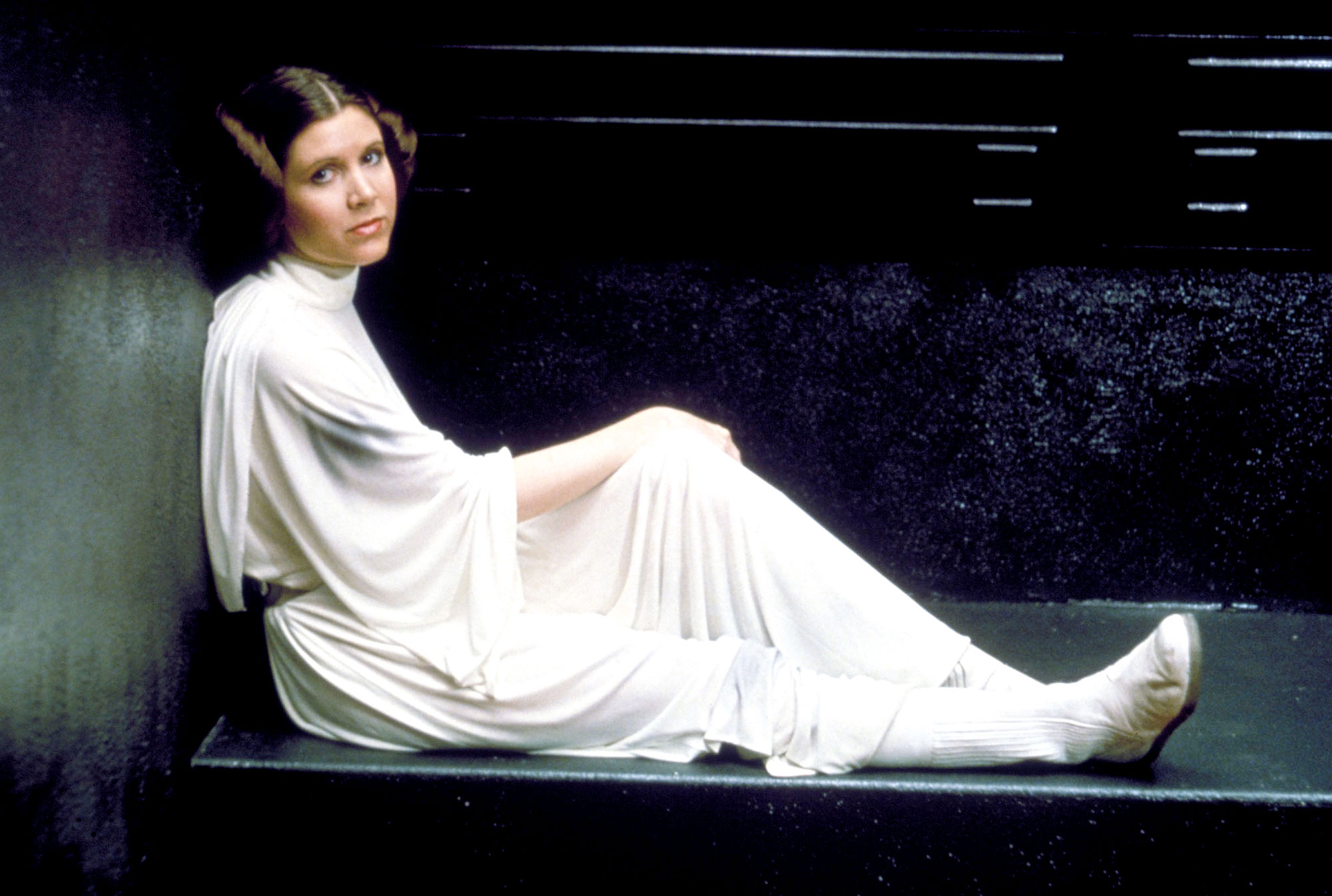 Stars Who Got Engaged Amid the Coronavirus Pandemic

Billie welcomed son Kingston in September 2020 after keeping the pregnancy a secret. She has opted to keep his face off of social media as well. The New York University alum told stepfather Bruce Bozzi in a January interview on his SiriusXM show, Quarantined With Bruce that it was a “magical and wonderful” time when her pregnancy was completely private.

“I got to keep it to myself, and only my family knew and nobody else knew,” she said at the time. “Everyone was so surprised when we posted that little picture of his feet, and it got to just be something I shared with the people I loved the most, which was so incredible and made my pregnancy so magical and wonderful, which I did not expect it was going to be, but it turned out to be the greatest experience.”

Tags: Billie, Lourd's, Outfit, so, That
You may also like
Recent Posts