It’s time to break out the Hawaiian shirt

This trend brings new meaning to the phrase “hot under the collar.”

But the “Positions” singer isn’t the only famous fan of the head-scratching hybrid garment.

Back in July 2020, Bella Hadid became one of the first boldface names to put her stamp on the itty-bitty shirt, stepping out in a cream-colored version paired with army-style green pants while out in NYC.

And in September, Spanish pop star Rosalía teamed the same bust-sculpting top in black with sweatpants and heels on social media.

Priced at $325, the “underwire polo” — which has also been spotted on numerous influencers and social media stars in recent months — is the brainchild of Mirror Palais designer Marcelo Gaia, who’s called it “one of those pieces that you either love immensely or hate.” 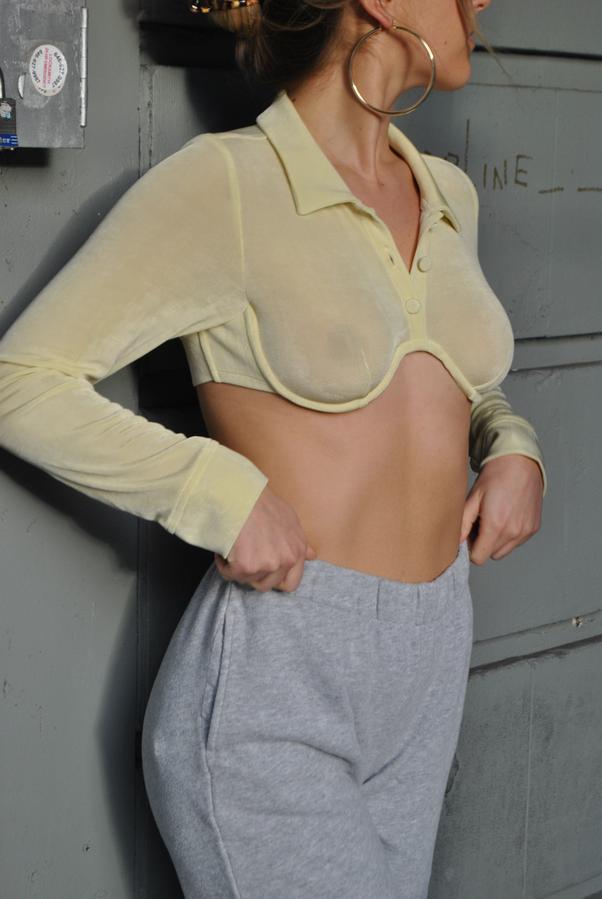 As he told Who What Wear, “My favorite piece I sell is the underwire polo. I love seeing the response people have to it. It’s so funny because it’s just a top, but for some reason, people react very strongly to it.”

Gaia’s not kidding. “I think this is maybe the worst shirt I have ever seen,” one person tweeted of the polarizing piece, while another joked that it “looks like when I wear a crop top with no bra and my t*ts just swallow it,” deeming it “god awful.”

Despite the critics, the collared, curve-hugging style continues to be a hit with Instagram It girls and celebs alike, and is currently sold out in every color — along with its cold-weather counterpart, the underwire turtleneck.

And in an age where many have bid farewell to their wired bras, that’s quite the accomplishment.

Tags: hottest, is, Summer’s, top
You may also like
Recent Posts