Cricket. England finished day two of the first Test at Lord’s on 2-111 and trail New Zealand by 267 runs in the first innings after Devon Conway’s double ton took the game away from the home side.

New Zealand were bowled out for 378 after lunch as England’s fast bowlers cleaned up the middle order and tail but they were left frustrated by No. 11 Neil Wagner (25 not out) who helped Conway set his record score. 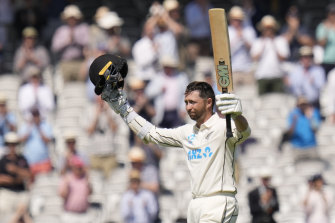 Devon Conway celebrates his 200 on day two of the first Test.Credit:AP

However, Rory Burns (59 not out) and skipper Joe Root (42 not out) wrested control with a 93-run partnership and Nicholls said they were counting on the placid pitch breaking up on Friday to assist the bowlers.

“In that last session there was a bit of up and down and a little bit of spin as well for Mitch (Santner),” he added.

“Depending on the weather, we might be able to create a bit of uneven bounce and put a bit of doubt in the English boys’ minds.”

Tennis: Britain’s former world No.1 Andy Murray has withdrawn from a June 5-13 grasscourt ATP Challenger event in Nottingham as he is not yet ready to compete while he continues his recovery from injury.

Three-time grand slam champion Murray has fallen to 123 in the world rankings after long injury lay-offs because of hip surgeries.

Murray last played at the Rotterdam Open where he was beaten by Russian Andrey Rublev in early March before pulling out of the Miami Open later that month due to a groin injury.

The 34-year-old was initially looking to earn a wildcard at the French Open but eventually decided to skip the claycourt swing to focus on a return to grand slam action at Wimbledon.

The Queen’s Club event begins on June 14 while Wimbledon, which was cancelled last year due to the COVID-19 pandemic, is scheduled for June 28-July 11. 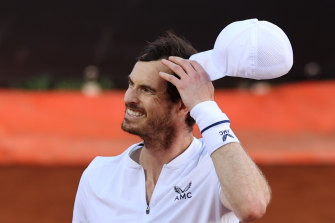 Golf: The best-placed Australians are six shots off the pace at the women’s US Open.

Englishwoman Mel Reid played a nearly flawless opening round in chilly conditions to take a one stroke clubhouse lead as she looks to claim her maiden major title.

Reid mixed five birdies with a bogey to card a four-under par 67, one stroke ahead of America’s Angel Yin as many in the field struggled to break par. 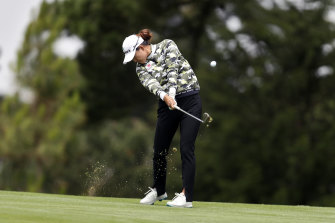 Minjee Lee on the sixth at California’s Olympic Club.Credit:AP

Seven players were tied for third at one-under when Reid headed to the clubhouse.

Football: Ronald Koeman will remain as Barcelona coach next season after the club agreed to honour his contract, president Joan Laporta said on Thursday.

Koeman, who was appointed on a two-year deal last August by Laporta’s predecessor Josep Maria Bartomeu, led Barca to victory in the Copa del Rey in his first season in charge.

But the Catalans suffered an embarrassing 5-2 aggregate defeat to Paris-Saint Germain in the last 16 of the Champions League and finished a disappointing third in La Liga, prompting speculation the club were looking for a replacement. 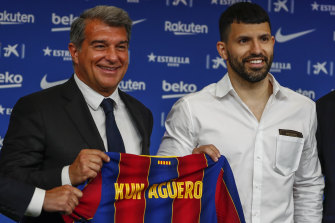 Last month Laporta said “a cycle has come to an end” and refused to back the coach publicly, saying the club needed more time to analyse the season.

But he brought the uncertainty to an end after the club agreed to ratify the coach’s future following a board meeting.

“After the period of reflection we asked for after last season, we’ve decided to allow Ronald Koeman to continue under the terms of his current contract,” Laporta told a news conference.

“We’re very satisfied with how the conversations have gone, it was important that we had this period to get to know each other and we have spoken very frankly with each other.”

The Catalans have boosted their attack by signing Argentine striker Sergio Aguero on a free transfer after he left Manchester City.

Meanwhile, in Euro 2020 warm-up action Switzerland thumped Liechtenstein 7-0, Turkey beat Moldova 2-0, title fancies Belgium were held to a 1-1 draw by Greece and Oleksandr Zubkov’s early strike was enough for Ukraine to get the chocolates over Northern Ireland.

In overnight World Cup qualifiers, Australia showed no signs of rust after their longest lay-off in five decades with a 3-0 win over Kuwait, while Bolivia beat Venezuela 3-1 with the match between Uruguay and Paraguay getting under way at 8am AEST.

NFL: The federal judge presiding over the NFL’s $1 billion settlement of brain injury claims on Thursday invited lawyers for black players who call the settlement racially biased to join court-led mediation over the issue. 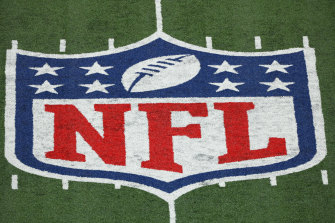 Outrage has followed revelations of ‘race-norming’ in the NFL’s billion-dollar concussion settlement.Credit:AP

The lawyers have challenged the settlement’s use of “race-norming” in dementia testing since 2018. The practice assumes black players start with lower cognitive skills and makes it harder for them to show injury and get awards from the settlement fund.

The judge’s order comes a day after the NFL issued a public pledge to abandon the practice and formally review the scores of retired players who believe the race-based scoring adjustments deprived them of settlements that average $500,000 or more. News coverage of the NFL’s turnabout drew a degree of outrage online from people angry the league ever allowed race-norming to be used in the settlement.

In some cases, the NFL insisted on it, appealing awards if doctors had not adjusted the scores under the binary black and non-black scoring system.

Sports news, results and expert commentary. Sign up for our Sport newsletter.

Tags: 'Shorts, Breaks, Conway, Re, sport
You may also like
Recent Posts