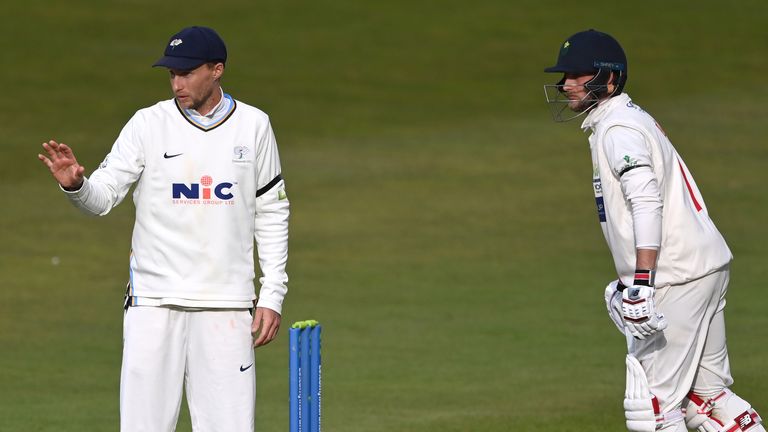 The cricketing summer is well underway – with snow stopping play at Emerald Headingley!

Yorkshire and Glamorgan were unable to play after lunch on day three of their LV= Insurance County Championship game due to 90 minutes of steady snow which had blanketed the outfield, with the umpires abandoning play for the day at 3.30pm.

Glamorgan were the more frustrated of the two sides, having extended their lead over the home team to 298 runs in the 32 overs possible thanks to Billy Root (77no) and captain Chris Cooke (57no).

Well, we have quite the scene here at Emerald Headingley. Think the afternoon session may be delayed just a touch. #OneRose pic.twitter.com/jENe59ugdt

Root – playing against his brother, England Test captain Joe – and Cooke took their fifth-wicket stand to an unbroken 132 during a wicketless first session which ended with Glamorgan on 161-4.

Joe Root was dismissed for 16 on day two as Yorkshire were bowled out for 193 in reply to Glamorgan’s first-innings 330, in which the Welsh side rallied from 132-7.

Yorkshire were without seam bowlers Ben Coad and Matthew Fisher on Saturday, with the duo nursing pectoral and abdominal problems respectively.

Coad and Fisher will not bowl again in the game and will be assessed early next week ahead of the fixture against Kent at Canterbury.

Coad’s absence, in particular, is a huge blow for Yorkshire, with the 27-year-old having taken seven wickets against Glamorgan, including three in the visitors’ second innings.