Home
Lifestyle
She Was In Bali Celebrating 25 Years Of Working With Her Husband. Days Later, She Died Of COVID-19 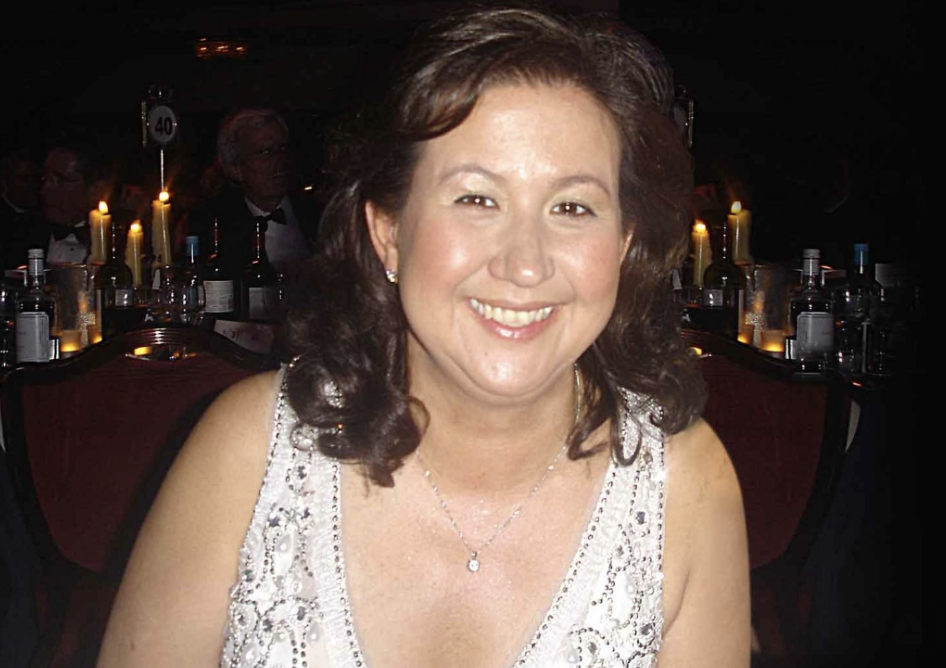 “It’s such a hollow feeling,” Ken Finlayson tells BuzzFeed News over the phone from his home near Hertford, Hertfordshire.

“And it’s exacerbated by the isolation so I can’t lose myself in the world because I can’t go anywhere, so I’m just trapped in our room with all of our things.”

When Finlayson left for Bali to celebrate the 25th anniversary of the company he co-founded with his wife, Kimberley, the idea he might not return with her by his side was unthinkable.

The couple had been in Bali when they had dreamt up a business project that would occupy them over the next quarter of a century — it would go on to become a company called FMC, a leader in the UK’s dental communications industry.

And it was on that same Indonesian island that Kimberley passed away in the early hours of Wednesday, March 11, after falling ill with coronavirus. She was 52 years old. 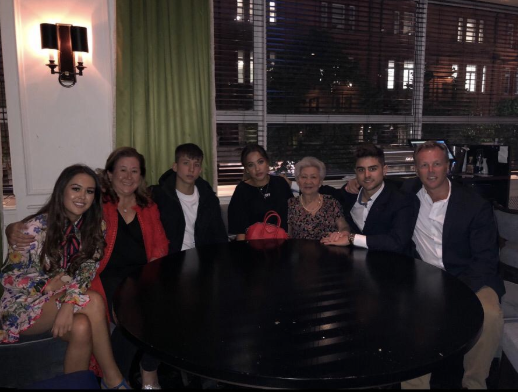 On February 29, Ken had flown out to meet her in Bali. “We thought it was a lovely thing to meet there again,” he said.

“When she arrived to see me [at the airport in Bali], she was already ill. She had a temperature and she was really quite ill with flu symptoms,” recalls Finlayson.

“She was ill from the second she arrived so she must have been ill from when she was in London — she didn’t pick anything up in Bali, she was already sick when I saw her.

“The thing is, neither of us realised she had anything serious, we just thought she had a bad cold or something like that.”

When Kimberley’s symptoms began to get progressively worse, she was admitted to a private hospital on March 3. Due to ongoing fears about the spread of the coronavirus, Finlayson said medical staff were told by the government to move them to a public hospital on March 9, a facility he described as “gruelling” and “very basic.” 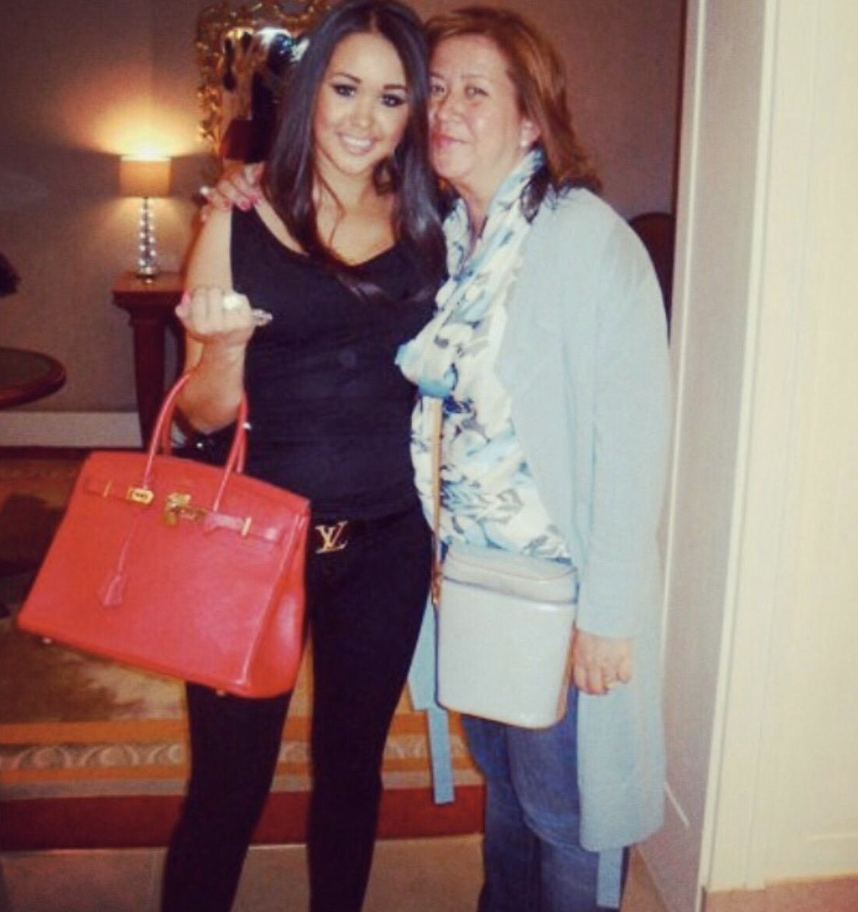 “We stayed in the hospital where we were both incarcerated together in isolation,” he added.

With Kimberley’s symptoms still showing no signs of subsiding, medical staff decided to perform an intubation — a process by which a tube is inserted through the patient’s mouth and into their airways to assist with breathing.

Finlayson claims that she wasn’t operated on properly, and that after the procedure failed, she was “too weak” to survive a second operation.

He said he had a “few seconds” with Kimberley before she underwent the second operation.

“She told me she loved me…we held hands and then I kissed her,” he said.

“The doctors never spoke to me about what went wrong. The communication between me, Kimberley and all the medical team in Bali was so poor I didn’t even know what happened. They don’t communicate properly and when the second operation didn’t work they basically just left and I never saw them ever again.”

The little closure that Finlayson received from the hospital came in the form of some paperwork handed to him five days after Kimberley’s death, when he was finally discharged.

“I could hardly read it but because it was mostly in Indonesian, but I was so happy to get out of there myself I just took the paperwork […] and left,” he said.

Finlayson believes that his wife would have had a better chance of surviving the virus if she had been treated in the UK.

He said: “My passionate belief is that when it comes to the NHS, as underfunded as it is, there’s not a better healthcare system in the world when there’s an emergency. And I don’t believe they would have made those errors and Kimberley would have had a chance at surviving.”

Now Finlayson is back home and watching the pandemic unfold in the UK, he is urging Brits to give “as much credit to our NHS as we can.”

“We take them for granted and we whinge about the waiting times but actually, they’re doing an incredible job for our country. I’m sure after this current pandemic, our country will appreciate them even more than we did before.”

Time spent social distancing, while meaning Finlayson gets “no escape at all” from the all-consuming pain manifested by grief, has enabled him to reflect on the huge impact Kimberley had on his life and the lives of everyone who knew her.

“The biggest thing for me is that half of me isn’t here,” he said.

“The thing about Kimberley was that she was just the most loving, genuine, creative, caring, supportive, commercial, social person that you ever could meet. She was very well known and a truly powerful character.

“Anybody that she came into contact with would really feel her power — you really knew when Kimberley was in the room and that’s a hell of a thing to lose.

“She was a force of nature and everyone who knew her will take a big hit with her passing. At work, for example, the word ‘legend’ is often used in relation to her.

“She was so upfront, she was the ‘I like you, I’ll help you,’ type of person.

The touching story of how he and his wife first met is a metaphor for the strong and dedicated personal and professional relationship they built together over the years..

He said: “I met Kimberley in a reception area while I was going for a job interview. She gave me advice on the job, I didn’t even know who she was and I had the interview and I got the job. 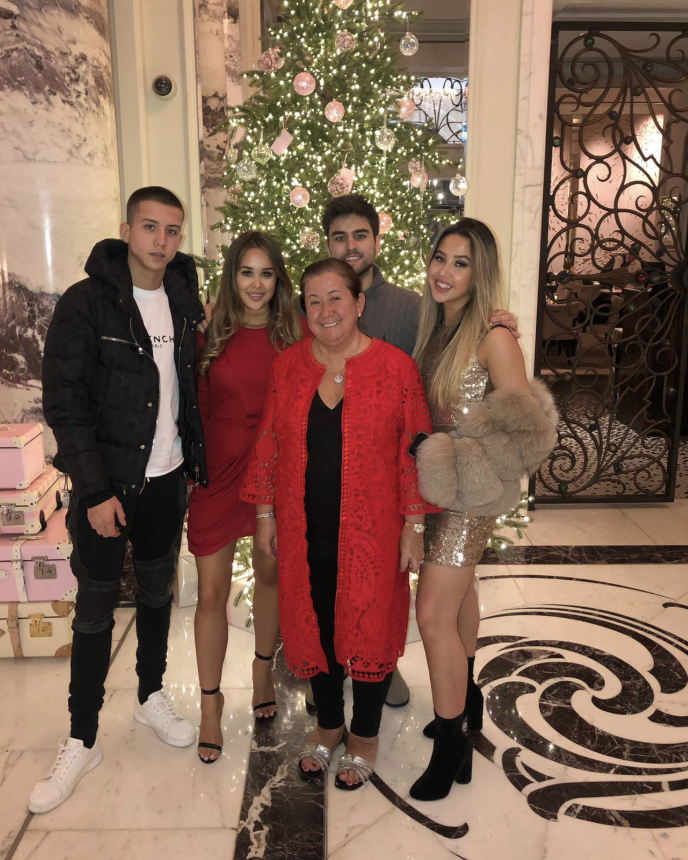 “The first second I met her she was empowering me, helping me. I met her fleetingly, then she vanished and I got the job and then when I started she was in the desk right next to me. I invited her out the day I started work and we were never separated for 32 years. She was my colleague and soul mate from day one and she has been since two weeks ago. She was my partner in every sense of the word.”

The legacy she leaves behind includes four children, aged between 19 and 24.

“The kids have been great, they’re keeping their father propped up,” laughs Finlayson. “They’re fantastic and whilst they are hurting, they are more sorry for me, so that fuels them.”

“We always had a close family but they’re even stronger and more caring and understanding of each other’s sensitivities than ever.”

“Good comes out of everything,” he emphasises.

“It’s tough to think of at the time but I’m just hoping — I can sense the people in the UK will be much nicer to each other going forward which is great, people will just be a bit more considerate and compassionate in general. The legacy of Kimberley and thousands of others will hopefully be a more caring world for future generations.”

If you’re someone who is seeing the impact of the coronavirus firsthand, we’d like to hear from you. Reach out to us via one of our tip line channels.

Tags: 25, Bali, Celebrating, in, She, was
You may also like
Recent Posts