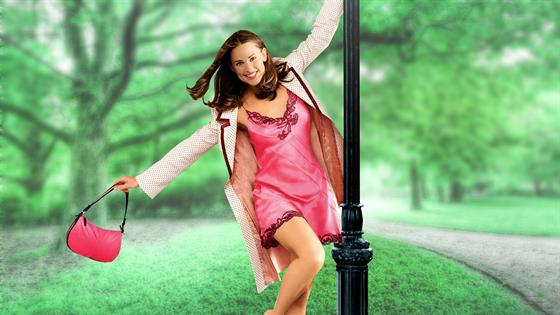 Mark Ruffalo will always be thirty, flirty and thriving.

On Thursday, the actor celebrated the 16th anniversary of 13 Going On 30 with an adorable tribute post on social media. Sharing a snapshot of him and his co-star Jennifer Garner from the movie, Mark reflected on the 2004 film and gave their characters’ favorite candy a special shout-out.

“Happy Anniversary to 13 Going on 30 today!” he captioned the photo where he and the Dallas Buyers Club star can be seen sharing a sweet embrace as they snack on their Razzles. “Remember what the world was like when Razzles were all the rage? Missing that time.”

Thrilled by the Avengers: Endgame star’s post, fans were quick to celebrate the milestone anniversary with tweets of their own. “Still one of my favourite movies,” one fan shared, along with a clip of the duo dancing to Michael Jackson‘s “Thriller” in the film. Referencing their iconic dance scene, another fan chimed in, pleading, “remake this please…”

Unimpressed by Jenna and Matty’s candy of choice, one Twitter user wrote: “i tried razzles because of you and they were gross, i still love u tho.” Professing their love for the Now You See Me star, another fan wrote, “This was THE movie that made me fall in love with you! Still one of my faves to this day.”

Despite hitting theaters nearly two decades ago, 13 Going On 30 still remains one of the best romantic comedies to date. Paying homage to the classic film, Ariana Grande channeled Jennifer’s character in her “thank u, next” music video back in 2018, which also celebrated popular 2000s rom coms Mean Girls, Bring It On and Legally Blonde as well.

Humbled by Ari’s portrayal of her, Jennifer took to Instagram to give the music video her seal of approval, writing, “Every now and then something comes along and just brightens your day. @arianagrande you’re adorable. Thank you, pretty girl. #thankunext.”

As for how the Elektra star feels about a 13 Going On 30 sequel, Jennifer admitted that reprising her role isn’t necessarily on her to-do list. “What, like, ’15 Going on 50?'” she joked when asked about the possibility of a sequel on Good Morning America last year. “Let’s simmer down and then let’s leave well enough alone.”

Tags: 13 going on 30, mark ruffalo
You may also like
Recent Posts