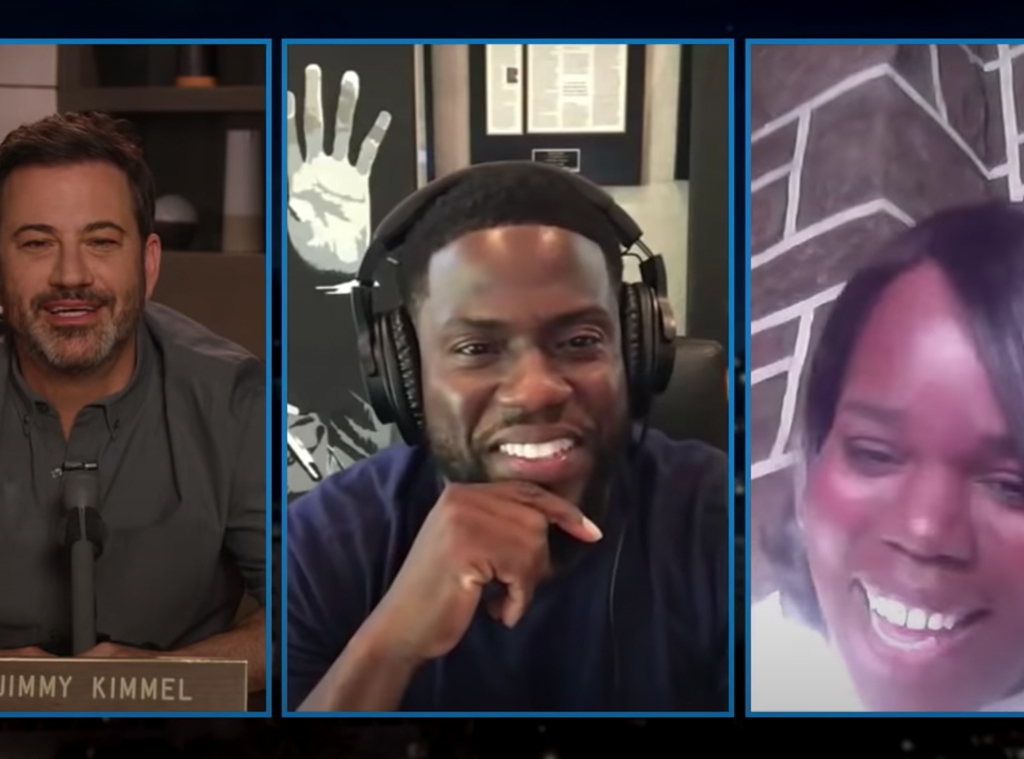 Jimmy Kimmel pulled off a special surprise for a nurse in Pennsylvania on Thursday’s episode of Jimmy Kimmel Live!.

As part of the program’s #HealthCareHero initiative, the 52-year-old host honored Natasha Lewis, who works for the City of Philadelphia in Health Center 9.

“I love my work. I’ve been a registered nurse for over 10 years,” she said via video chat. “I’ve been an outpatient for the last 10 years. I enjoy it. I love educating my patients. I love taking care of them when they’re well and when they’re sick.”

“They’re getting better. It was tough in the beginning, but we’re staying strong,” she said. “We’re really staying strong. We’re a team. Without them, I don’t know how I’d be able to do it.”

Kimmel wasn’t the only one who wanted to thank Lewis for all of her hard work. In fact, he thought it would be fun to invite someone else from Philadelphia to join their call—Kevin Hart!

“For the city of Philadelphia, the City of Brotherly Love, to have individuals like yourself and a team like the one that you have that are doing positive things like that, that’s as dope as dope can be to me,” the 40-year-old actor and comedian said. “So, this is a big moment for me, too.”

Kimmel then gifted Lewis $10,000 from Beyond Meat and told her the plant-based food company would also be sending Beyond Meat care packages and breakfast sandwiches to her team. In addition, the organization donated a million Beyond Burgers to Feeding America in her and Hart’s honor. 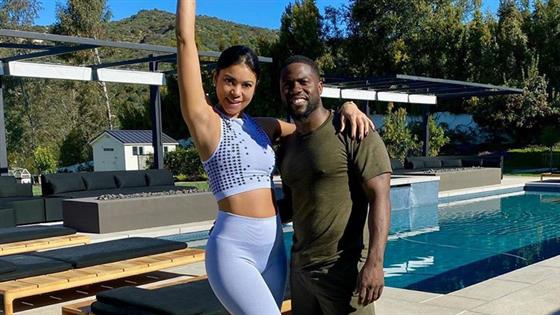 Watch the video to see her reaction.