Researchers in Denmark have created a way to replace plastic used in delivery food with grass fibers, which they say is ‘100 biodegradable.’

The project, known as SinProPack, aims to reduce carbon dioxide emissions by approximately 210 kilotons and 10 kilotons of disposable plastic packaging with 8 kilotons of grass fiber-based paper for the packaging.

According to a statement from Aarhus University, more than 10,000 tons of packaging for take-away food are used each year in Denmark.

The abundance of green biomass in the country, along with high interest in green biorefining, makes the project of considerable interest to both businesses and the government. 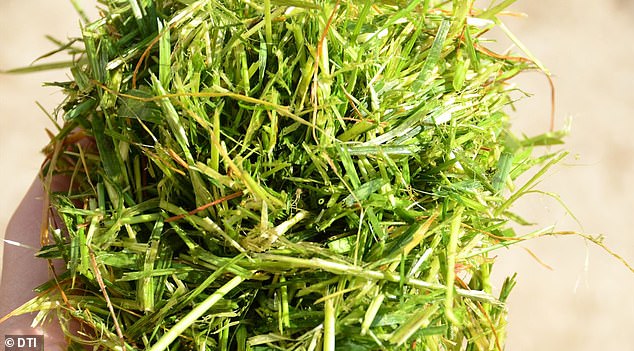 Researchers in Denmark have received €440,000 in funding for a project that will replace plastic for take-away food with grass fibers 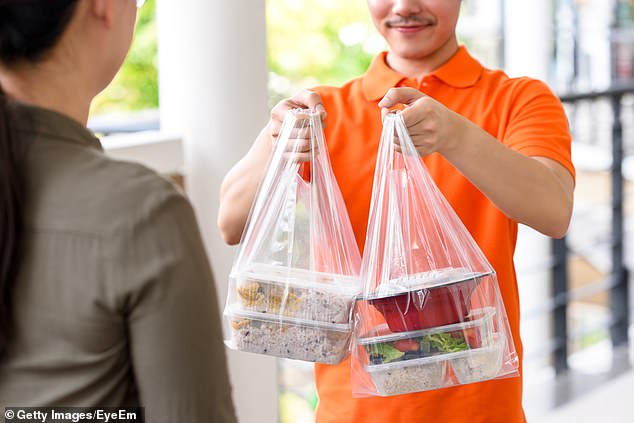 ‘The packaging will be 100% biodegradable, so if someone accidentally drops their packaging in nature, it will decompose naturally.’

In addition to grass, the project will look at clover for fiber sources, which will also be used as the primary biomass for future biorefineries.

It will also look at biomass from peat soil, though the researchers added this has more fiber and less protein.

‘After we harvest the grass and extract the protein for animal feed, we can refine and pulp the grass fibers for cellulose, from which we can produce packaging,’ Assistant Professor Morten Ambye-Jensen from the Department of Biological and Chemical Engineering at Aarhus University added in the release.

Ambye-Jensen continued: ‘In this way, we can use and up-value a side stream from protein production. It’s a great way to create added value for biorefining, as not all grass fiber can necessarily be used as cattle feed.’

Fiber accounts for approximately 70 percent of what is put into bio refiners after proteins have been taken out.

So far, the project has received €440,000 in funding from the The Danish Environmental Protection Agency under the program for Green development and demonstration (GUDP).

It is expected to be completed in August 2023.

The project comes at a time when carbon dioxide levels are rising, even when taking into account the impact of the COVID-19 pandemic.

Carbon dioxide levels surged in 2020 to 2.6 parts per million, one of the highest recorded since NOAA started tracking more than 60 years ago.

Since 2000, atmospheric CO2 has risen about 12 percent and atmospheric methane has increased six percent.

Revealed: MailOnline dissects the impact greenhouse gases have on the planet – and what is being done to stop air pollution

Tags: for, Plastic, replace, Scientists
You may also like
Recent Posts