A RARE coin featuring a minting error has sold on eBay for hundreds of pounds more than its face value.

The £1 coin was snapped up after 20 bids from eager coin collectors and a cool £410 was paid by the winner of the auction. 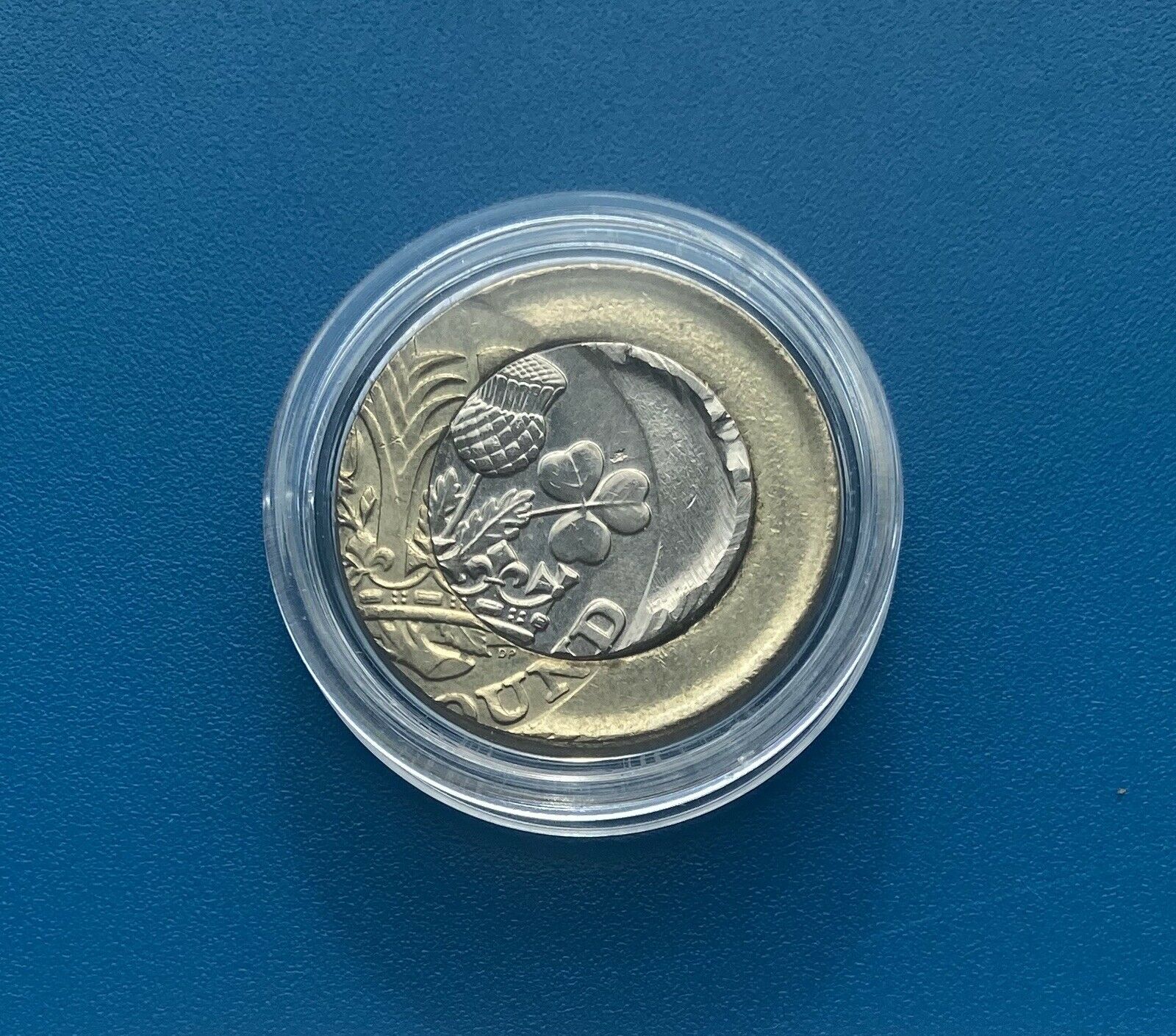 Rare coins with errors often sell for many times their value because there are very few of them out there.

Error coins like this happen when coins are minted and something goes wrong, on one or both sides, and it doesn't look like it should.

The £1 coin that sold on eBay on June 21 has both sides off-centre.

The coin's "Scottish thistle" face appears on only half of the coin, and the queens face on the other side sits on the edge instead of the centre.

RARE and valuable coins can go for a hefty sum – but how do you know if your coin is the result of a genuine minting error?

The best way to find out if you have an error coin is to send it to the Royal Mint museum, which will analyse it and see if it is a result of a genuine minting error or not.

It'll normally take a couple of weeks to get the results back to you.

But remember, there's a difference between a genuine error coin and one that is just imperfect, for example with a design that is not as clear as you'd expect.

And whatever you do, don't be tempted to splash your cash without evidence from the Mint confirming that it's a genuine error.

When printed correctly the thistle coin is one of five £1 coins designed by Leslie Durbin, one of the most highly-regarded silversmiths of the 20th Century according to coin website ChangeChecker.

There is also similar versions of the coin with representations of other nations: English oak, Welsh leek and Norther Irish flax plant.

The Scottish thistle coin was first issued in 1984 and then again in 1989.

The rare coin was minted in 2017 and is an old round pound, a shape that's since been replaced with 12-sided coin.

Without an error this coin is worth what it says – just £1. 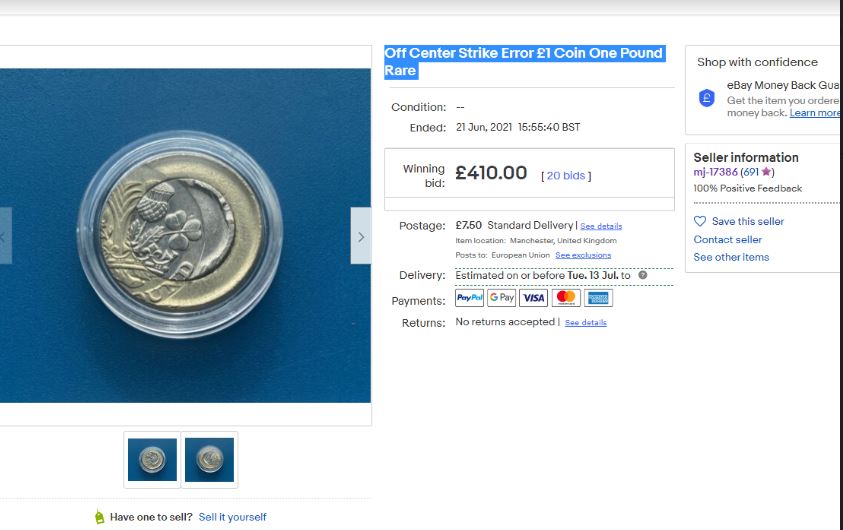 That's because there were more than 200million of the correct coins put into in circulation.

Although they are no longer legal tender if you find one you can still usually exchange it for a new £1 coin at bank branches and post offices.

But check first if you have a rare error coin as it could be worth much more.

Another thistle coin with a different error sold recently for £253 on eBay after several bids.

That error saw each of the sides struck twice during the minting process.

How to safely store valuable coins

HERE are some tricks to keep your valuable coins safe from toning:

If you find one of these coins and think it might be rare, you can ask the Royal Mint to take a look and see if it's real.

Unfortunately there are fakes out there and getting it verified means you can also reassure a buyer if you decide to sell it on.

It's worth noting though, that previous sales may not be genuine or can fall through.

The coin we spotted that sold for £410 was from a long-time seller with positive feedback, and the number of bids also signals they are reputable.

Another £1 coin with a similar striking error was recently sold for a whopping £282.

A different error – this time upside down writing along its edge – means a £1 sold for £155.