Their little quarterback! Patrick Mahomes and his wife, Brittany Matthews, couldn’t be happier after welcoming their newborn son.

“Patrick and Brittany are in pure baby bliss right now,” a source exclusively reveals in the new issue of Us Weekly. “They have their families circulating in and out to help Patrick out with anything around the house. They are so happy with their growing family and love spending time with their new son.”

The Kansas City Chiefs quarterback, 27, and the soccer player, also 27, welcomed their son, Patrick “Bronze” Lavon Mahomes III, on November 28. The NFL star announced​ the news later that day via Instagram, sharing a sweet snap of his little one’s feet as he laid on a blanket printed with the family’s last name. The photo also depicted Bronze’s first piece of jewelry: a diamond chain embellished with his moniker. In addition to their newest bundle of joy, the high school sweethearts are also parents of 22-month-old daughter Sterling. 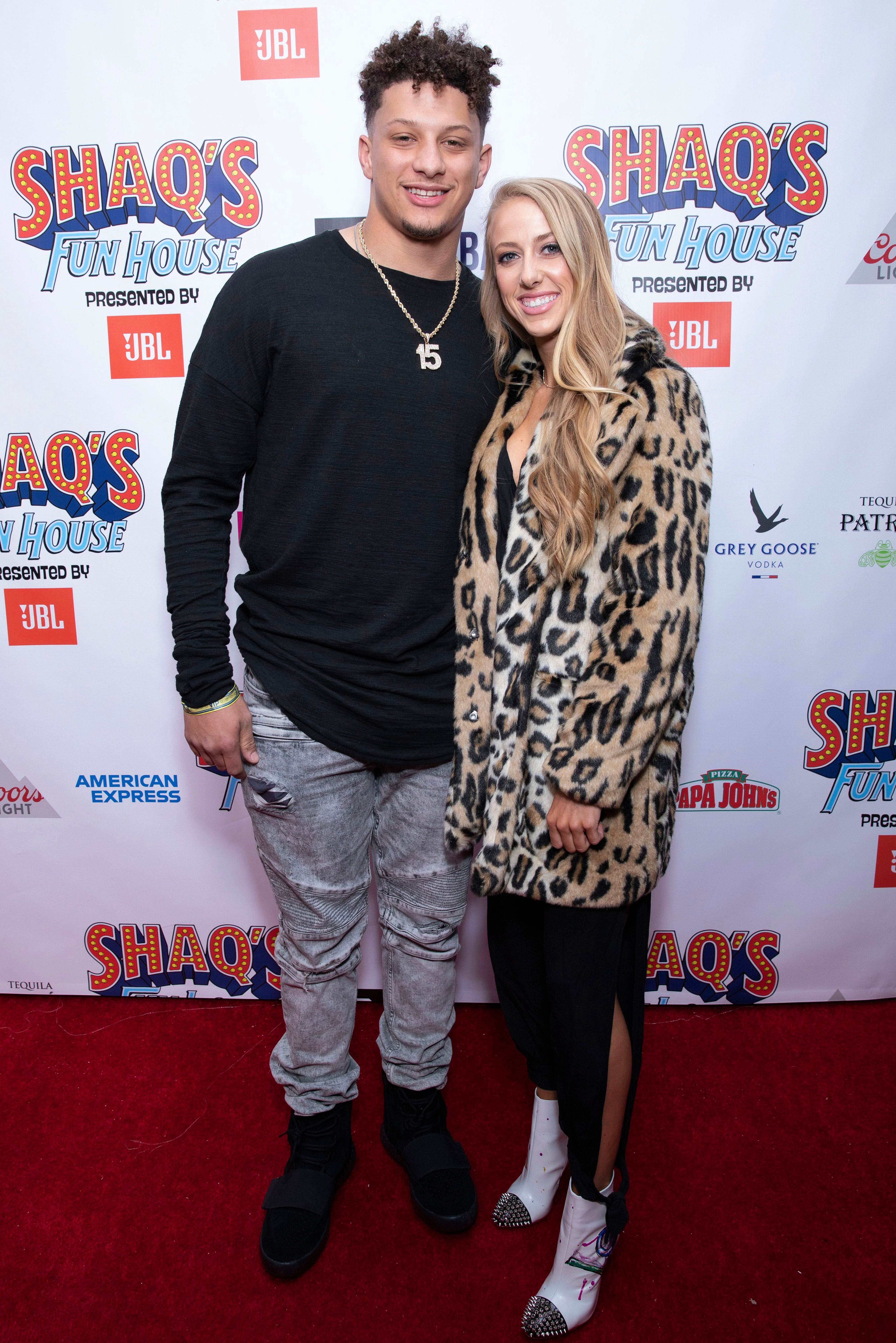 Mahomes and Matthews first revealed the exciting news about baby No. 2 in May. “Round 2!” the twosome wrote via Instagram at the time. The pair — who tied the knot in March — shared a photo of themselves alongside Sterling​, who held up a sign that read, “Big sister duties coming soon.”

The athlete later opened up on how he and the fitness trainer decided on their son’s familial moniker and his unique nickname.

“My brother Jackson [Mahomes], whenever we were trying to find something that was a little unique and different, he said, ‘What about Bronze? It fits perfectly with Sterling,’” Mahomes told reporters on Wednesday, November 30, per TMZ, referring to his daughter. “So, we went with that.”

The Texas native noted that “it works out well” that his son can be defined by his own name — not his father’s — and share a commonality with his sister.

“He can have his own thing now where he’s not Patrick, he’s Bronze, even though he’s Patrick,” Mahomes explained at the time. “And Sterling and Bronze can have that connection moving forward.” 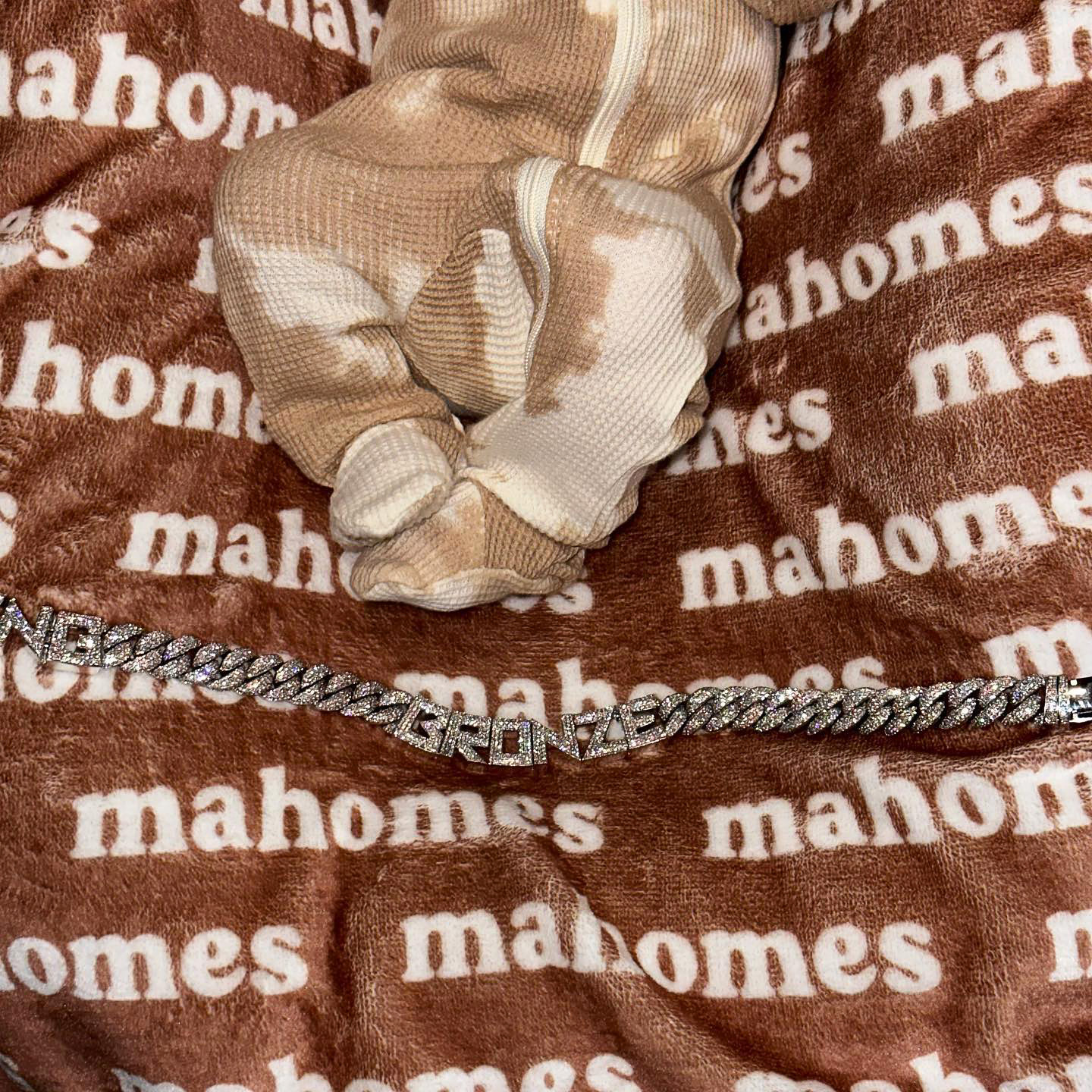 The Super Bowl champion and the Brittany Lynne Fitness founder began dating in 2011 while still in high school.​ Despite attending different colleges in Texas, the pair continued their romance long distance — a preview of what it would be like for the couple when Mahomes joined the NFL in April 2017 and Matthews signed a deal with Iceland’s professional soccer team. Two years later, the two settled down in the same location and purchased a home together in Kansas City.

Patrick Mahomes’ Family’s Most Controversial Moments Through the Years

Mahomes proposed to his longtime love in September 2020 after receiving his championship ring from the 2019 Super Bowl. The same month, the twosome announced they were expecting their first child. Mahomes and Matthews exchanged vows in Hawaii nearly two years later, where Sterling served as their flower girl.

For more on the Mahomes family, watch the video above and pick up the latest issue of Us Weekly, on stands now.