JOSE MOURINHO still has a picture of his Europa League success hanging proudly on the wall of his office at Roma.

Back in 2013, the Portuguese belittled Rafa Benitez's Europa League win at Chelsea by insisting such a feat would be a 'disappointment' to him. 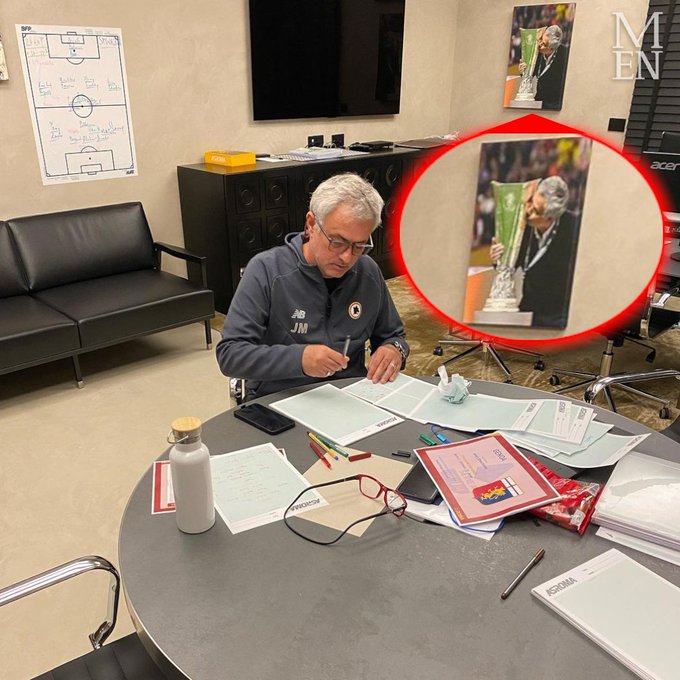 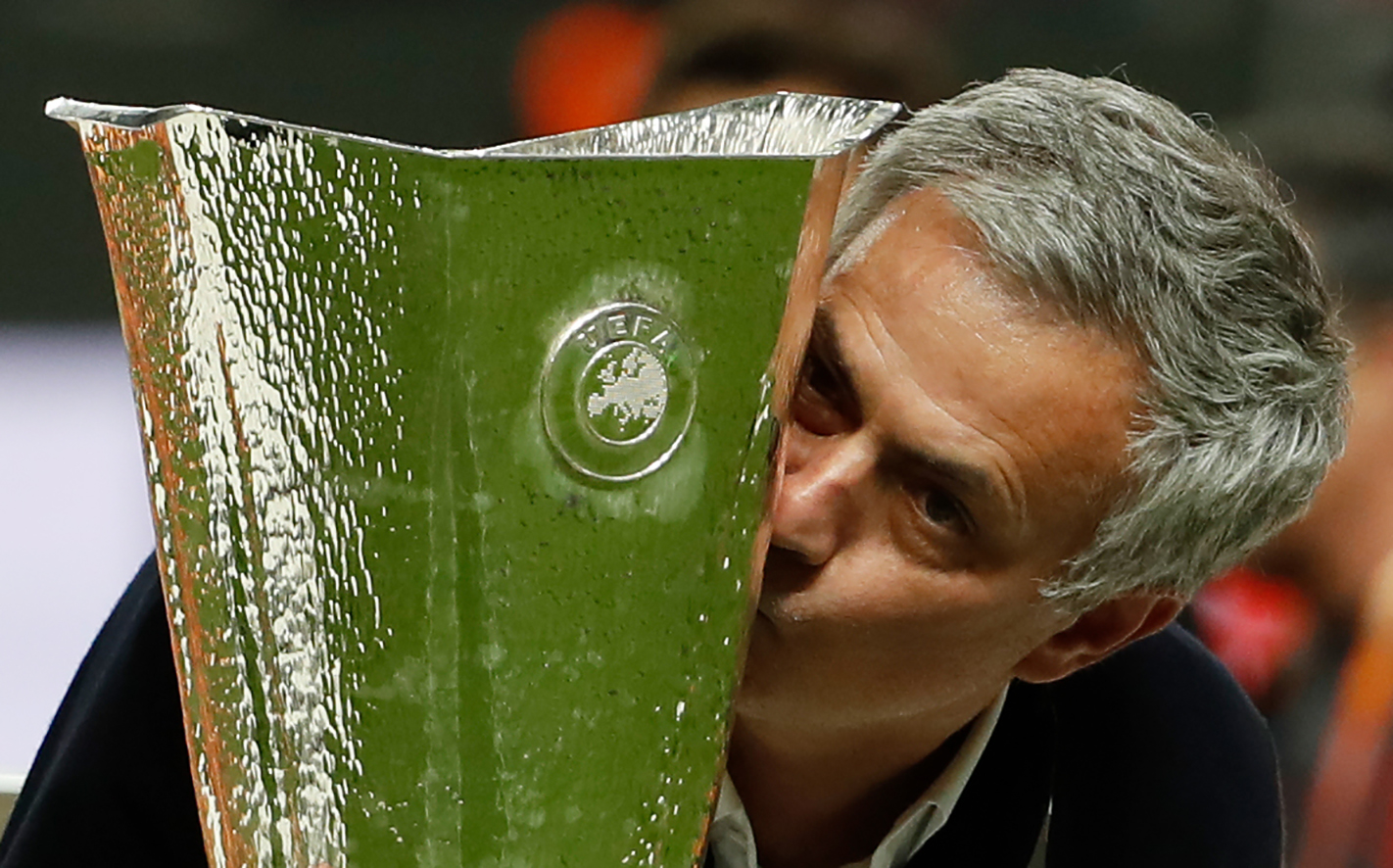 He said: "I don't want to win the Europa League.

"It would be a big disappointment for me. I don't want my players to feel the Europa League is our competition."

But he changed his tune four years later, when he won the competition with Man United, sneaking the Red Devils into the Champions League through the backdoor.

And last year while managing Spurs, Mourinho said: "But if we say, ‘Come on, next season we are going to win the Europa League’ – that is a different feeling.

"So I talk about this extreme situation. I don’t care that you are going to bring it up all the time. I don’t care. I have lots of respect for the competition."

Such is his newfound 'respect' for the competition, that it is a picture of himself kissing the Europa League trophy that adorns the wall of his Roma office – rather than his Champions League successes at Porto and Inter Milan.

BETTING SPECIAL – GET £50 IN FREE BETS WITH WILLIAM HILL

Mourinho, 58, will have more miserable memories of the Europa League in recent times, however.

His Spurs side were humiliated by Dinamo Zagreb in last season's competition.

Having led 2-0 from the first leg, the Lilywhites capitulated in Croatia – losing 3-0 after extra time in a performance that captain Hugo Lloris labelled a 'disgrace'.

This season, his Roma side find themselves in the Europa Conference League.

But even this more lowly competition hasn't been plain sailing.

The Italians were beaten 6-1 by little-known Norwegians Bodo/Glimt, leading to Mourinho slating his players. 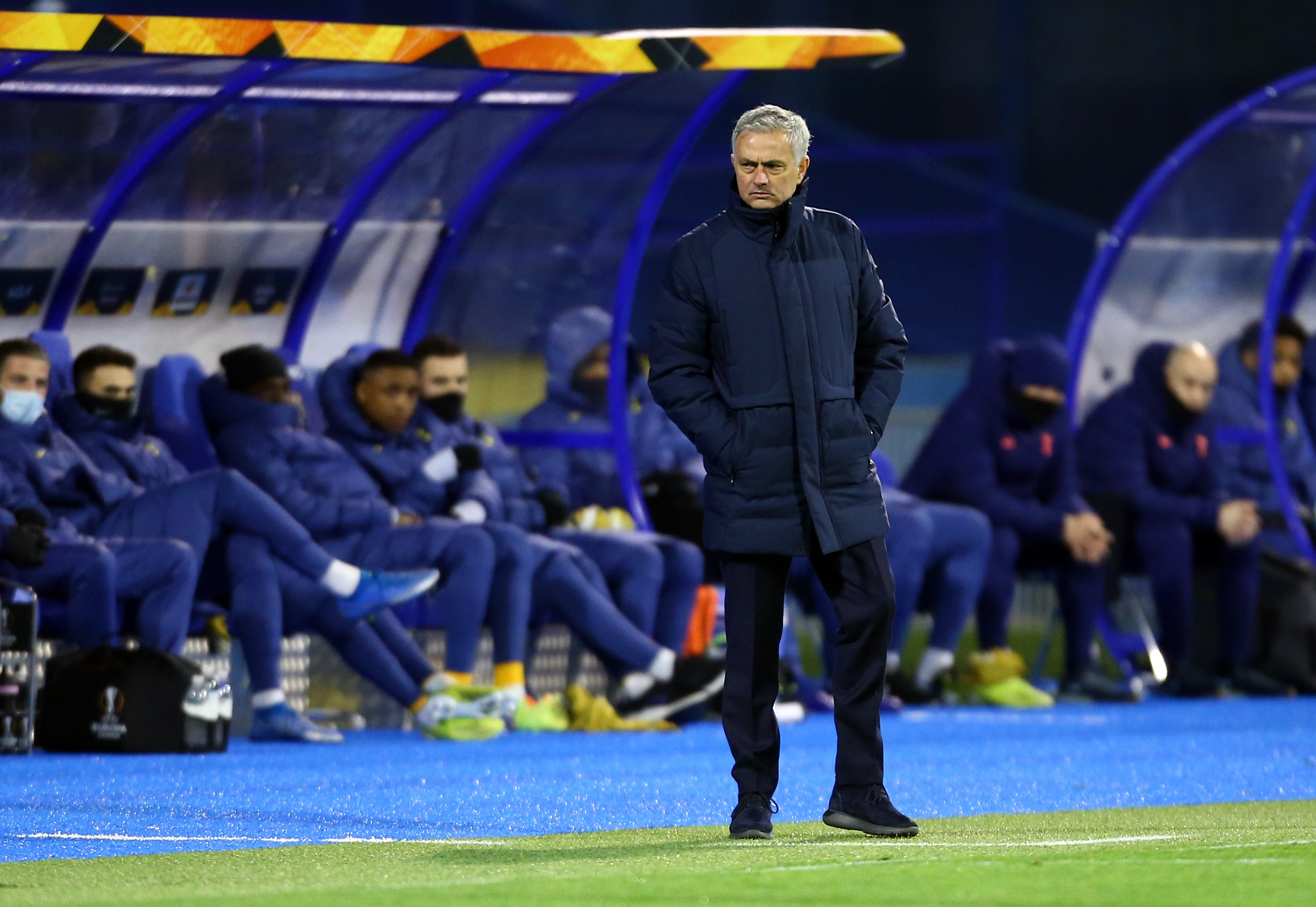 Tags: has, Jose, Mourinho, Proud, still
You may also like
Recent Posts