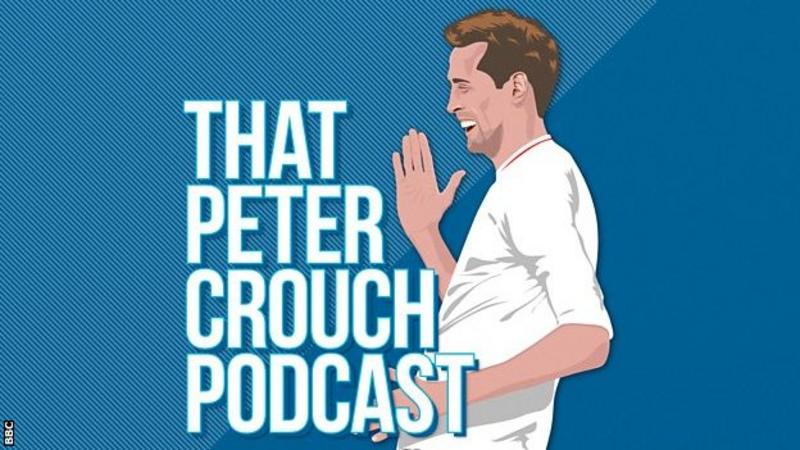 Beef with Sergio Ramos and why it’s not worth a three-hour queue to buy goat meat.

Former England striker Peter Crouch has been responding to your questions on That Peter Crouch Podcast and, in the latest episode, he talks about going head-to-head with Spanish tough guy Ramos, Theo Walcott’s surprise inclusion in the 2006 World Cup squad and his new Jamaican cookbook.

Last week, he spoke about being shoved by Jamie Carragher, ‘Momo Sissoko’ the rabbit and fitness tests with Asmir Begovic.

The red mist in Madrid

During a Champions League quarter-final at the Bernabeu in 2011, Tottenham’s Peter Crouch found himself back in the changing rooms just 15 minutes after kick-off. The striker was booked for a foul on Sergio Ramos before being shown a straight red for a challenge on Marcelo. Spurs went on to lose 4-0. 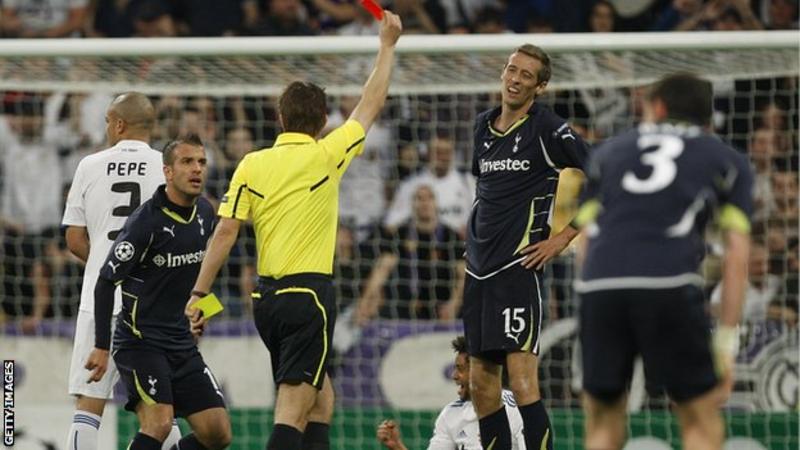 Crouch: “I have a lot of respect for Sergio. He gets up to antics and he winds people up but he is a winner. I feel like he made the most of my tackle on him to get me a yellow card. Then Marcelo rolled around until the referee sent me off, and then they celebrated the decision.

“I was so angry with Marcelo and Ramos but I went home and evaluated the situation, and there was no-one to blame apart from myself, and they had won. That is what they do and serial winners find ways to win.

“I actually have a tremendous amount of respect for Ramos. He can be a tough character and the number of times he has been sent off is ridiculous, but look at what he has won and achieved. There is a line and he has crossed it on numerous occasions but I don’t mind people who do anything to win.”

Theo under the ‘spotlight’

Peter Crouch was picked by Sven-Goran Eriksson for the England squad at the 2006 World Cup, alongside 17-year-old Theo Walcott. The uncapped forward was a surprise selection after recently completing a £12.5m move to Arsenal from Southampton. However, he did not feature at the tournament. 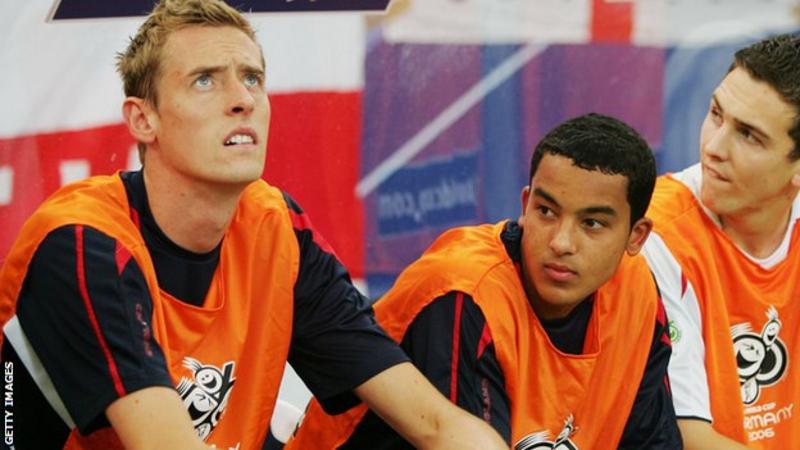 Q: What was the first pre-2006 training session really like when Theo Walcott got called up?

Crouch: “It was weird because we took 30 players to a pre-World Cup training camp in Portugal and then eight payers got cut. It was horrible watching them have to leave. I just assumed Theo Walcott was there for experience.

“It was obvious he was going to be a huge talent, he had just signed for Arsenal and England did it with a lot of players over the years – I remember Steve Gerard, Rio Ferdinand, Gareth Barry and lots of young players drafted into the full England squad before they were ready because they were always going to be a part of the senior setup at some stage. I assumed that would be the case with Theo and he showed glimpses of what he could do. He was electric in training with loads of pace but obviously still very raw.

“He will have a lot of footage of it because every time I saw him he had a handheld camera, walking around Baden-Baden taking in the sights. He took a lot of photos and he seemed to be enjoying it. We all tried to look after him as best we could and there was a big spotlight on him.

“It had happened before with Michael Owen at 18 and he burst on the scene and was probably our best player in 1998. We were looking for Theo to do a similar thing but he ended up not playing a minute.”

Crouch: “I got a Jamaican cookbook and I had it in the cupboard for a while so I just had a go at it. It was curried chicken and it was top notch. I saw the book and just took the bull by the horns and it came out OK.

“It was actually smoked goat in the recipe but on this particular occasion I didn’t have goat and I’m not queuing up three hours for goat. There are things we need more.”