Pete Davidson and Phoebe Dynevor are dating, but it’s ‘not too serious’

Pete Davidson moves out of his mom’s basement: ‘I got a pad’

Pete Davidson and girlfriend Phoebe Dynevor have been matching down to the letter as of late, sporting the same silver initial necklace on separate occasions.

Davidson, 27, wore the piece — which features a delicate chain and a “PD” charm — during an appearance on “The Tonight Show Starring Jimmy Fallon” on April 6.

It seems the “SNL” player shares more than just his initials with the “Bridgerton” breakout star, 25, as she paired the same necklace with an argyle sweater for Brie Larson’s International Women’s Day YouTube video on March 8.

While it’s unclear whether the stars are swapping jewelry, Davidson appeared to confirm their romance during a recent interview, saying that he is “with [his] celebrity crush.” 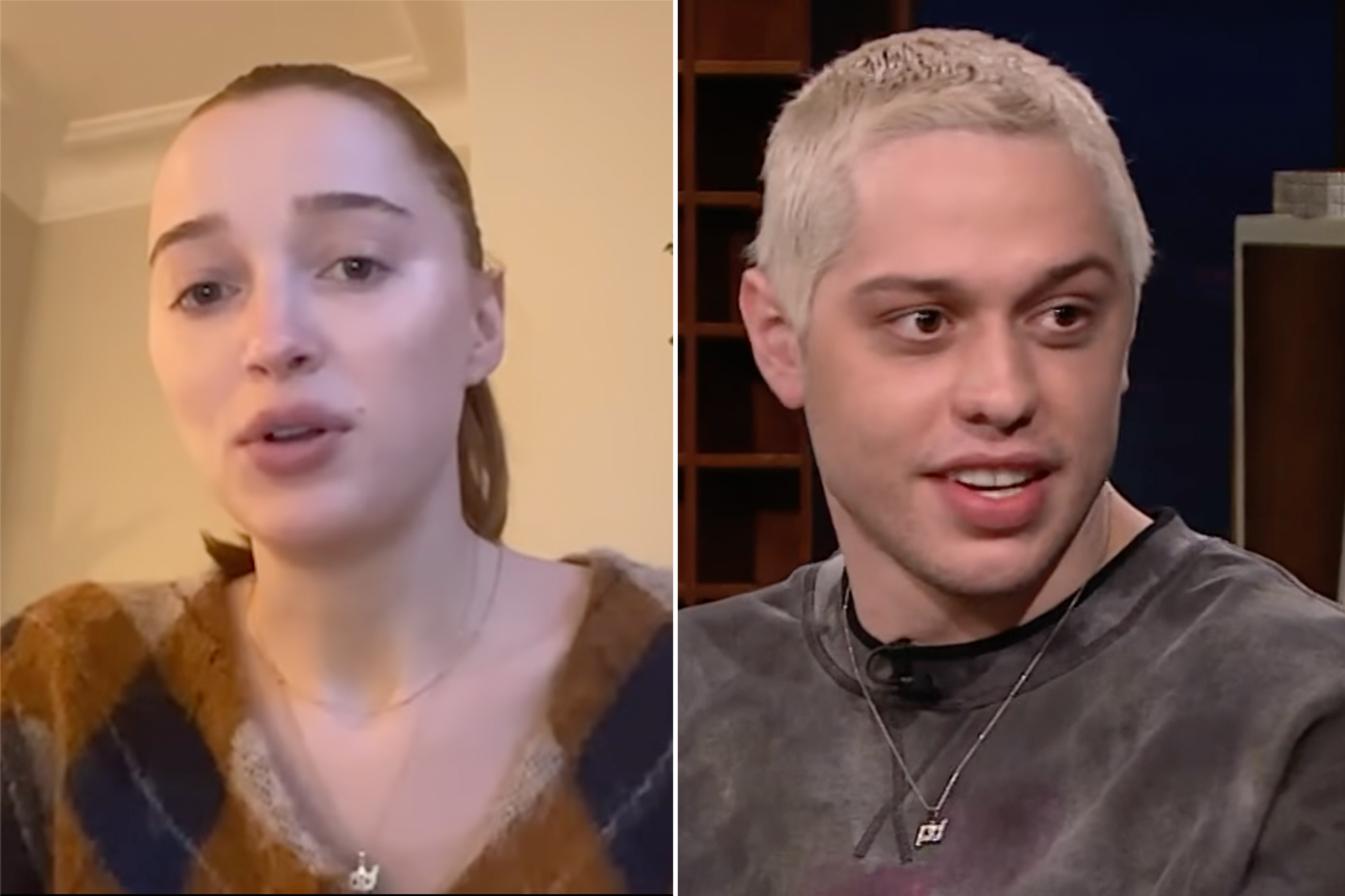 Page Six confirmed that the duo are dating earlier this month, with a source telling us they are “not too serious” since Davidson is filming “SNL” in New York and Dynevor is in England “for practically the rest of the year” working on Season 2 of “Bridgerton.”

“Still, Pete must like her if he’s flying off to quaint little English villages to hang out with her on set,” the insider quipped.

In March, the pair were spotted “holding hands and hugging” in the UK.

Davidson was previously engaged to Ariana Grande and has been linked to stars including Kate Beckinsale, 47, and Kaia Gerber, 19.

News of his relationship with Dynevor comes after the comedian moved out of his mom’s basement and into a luxury high-rise condo in Staten Island.

Tags: and, Davidson, girlfriend, P, Pete
You may also like
Recent Posts