The patient, a middle-aged accountant in New York with a wife and a child, looked Dr. Chinazo Cunningham in the eye, the only part of her he could see.

Cunningham, a veteran of the front lines in the fight against AIDS in San Francisco a generation ago, was now battling COVID-19 as it began battering New York hospitals.

She had seen this patient a couple of days earlier. “He was a healthy-looking man who basically came in with a fever and a cough, but otherwise was fine,” she said in a phone interview. “Within two days, he became so short of breath, he was really struggling to breathe. We were very worried about him.” 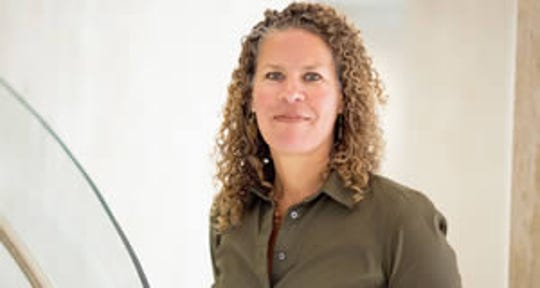 Cunningham, a physician, researcher and professor of medicine at Albert Einstein College of Medicine and Montefiore Health System in the Bronx, walked into a hospital room to see the man. The patient in the bed next to him had just died.

She saw the fear in his eyes as he told her he believed he too would not survive.

The words resonate with her to this day: “I know I’m going to die.”

“And I didn’t have anything to say to him,” she said.

Cunningham was an All-Big Ten softball player for four seasons at Northwestern from 1987-90. In 1990, she was the Big Ten batting champion with a .348 average and a first-team academic All-American. She is a member of Northwestern’s Athletic Hall of Fame. I know her through our mentoring work at our alma mater. She is smart and strong and self-assured, one of the best in the world at what she does.

“I felt a tear in my eye, and that’s never happened to me before. All he could see was my eyes because I was covered, so he knew that I knew,” she said. “Several hours later, he was intubated, put on a ventilator, got sent to the ICU, and then about 10 days later, he died.”

My pt, who I’ve known 20 yrs, called me for med refill & said he was sick. When I called back he was breathless and confused. I called 911 & knew he had #COVID19. Now hospitalized w/ COVID pneumonia.

No way should US open up @realDonaldTrump. It’s way too early & we need tests!

A physician for more than 25 years, Cunningham said the doctor-patient relationship that has been the cornerstone of her career has been shaken to its core during the pandemic.

“With COVID, we’re so worried about getting infected, we’re all gowned up in all of this equipment, so there’s a limited time we spend with our patients,” she said. “Such an important relationship with the patient feels like it has eroded. With patients who are really vulnerable and sick, we want to spend more time, but with the virus, it’s just the opposite.”

And so it was with the man in the hospital room. “He’s completely alone,” she said. “His family can’t be there because we have no visitors in the hospital. He’s so scared. There’s this fear. I’ve never seen anybody with that fear in their eyes. I sat with him for a little while but I also knew the room was full of COVID, so we have to be careful to limit our exposure. It’s just terrible.”

I found out about Cunningham’s role on the front lines in New York when I saw a proud retweet from the Northwestern softball team’s Twitter account. That led me to her Twitter feed:

“I was at the beginning of this, in March, when it was really exploding,” she said. “There was this mismatch between living it on the ground and hearing the messages out there from politicians and even some hospital CEOs.”

She explained: “Typically in the U.S., an N-95 mask, for example, we have them and we would use them for a single patient and we would discard them. That’s what we’ve been doing for decades.

“To me, reading these guidelines from the CDC, it was so unthinkable that’s what we would be doing in the United States. These were recommendations for resource-poor countries, so while other countries were used to saving their gear in that way, we weren’t, but we became a resource-poor country.”

Cunningham said over the past few weeks, supplies in New York have stabilized. “People are finding scrubs,” she said. “That makes me so happy.”

One day, neighbors left two N-95 masks in her mailbox. She took them right to the hospital.

“So many people are now asking, ‘What can I do? I want to help. How can I help?’ It’s incredibly encouraging in a lot of ways and bringing people together. Just to see the outpouring of support, people trying to figure out how to help and contribute, you don’t feel like you’re in this alone.

“Big and small, it all matters.”