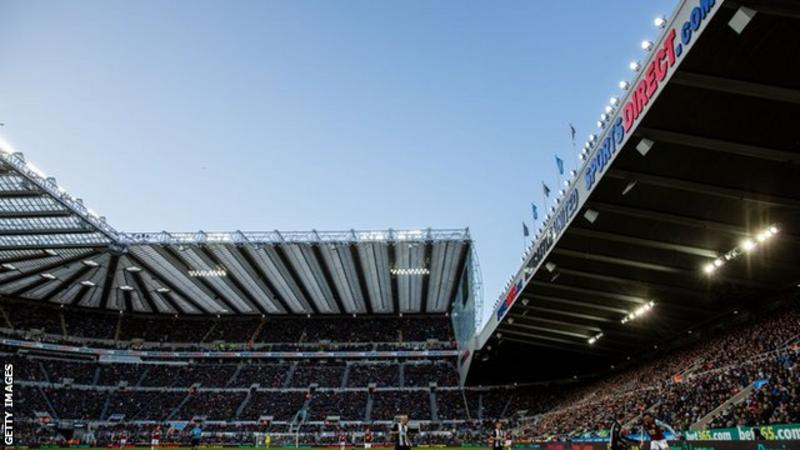 Newcastle United have become the first Premier League club to place their non-playing staff on temporary leave because of the coronavirus pandemic.

Managing director Lee Charnley emailed staff on Monday to say the decision was taken to safeguard the club’s future.

Employees including the academy and foundation charity have been instructed to apply for the job retention scheme.

Workers will be paid 100% of their salaries until the end of April when the decision will be reviewed.

Chancellor Rishi Sunak announced earlier in March that workers can claim 80% of their wages up to £2,500 a month.

In January, talks of a £340m takeover of Newcastle by Saudi Arabia’s sovereign wealth fund were said to be “advanced”.

But there has been little news of that developing since then and the club would not comment on reports the Premier League had been informed of the proposed bid.

The Premier League also had no comment to make.

Newcastle owner Mike Ashley was criticised last week after charging fans for season tickets in the 2020-21 campaign despite the Premier League being suspended because of coronavirus.

The Sports Direct owner also apologised after lobbying the government to keep his sports shops open despite being told to close them as part of the lockdown in the UK.

He initially claimed they were an essential service, but then changed his mind after a backlash from staff and the media.

Ashley, who has owned Newcastle since 2007, said his request was “ill-judged” and “poorly-timed”.

Tags: Coronavirus, Newcastle, United:
You may also like
Recent Posts