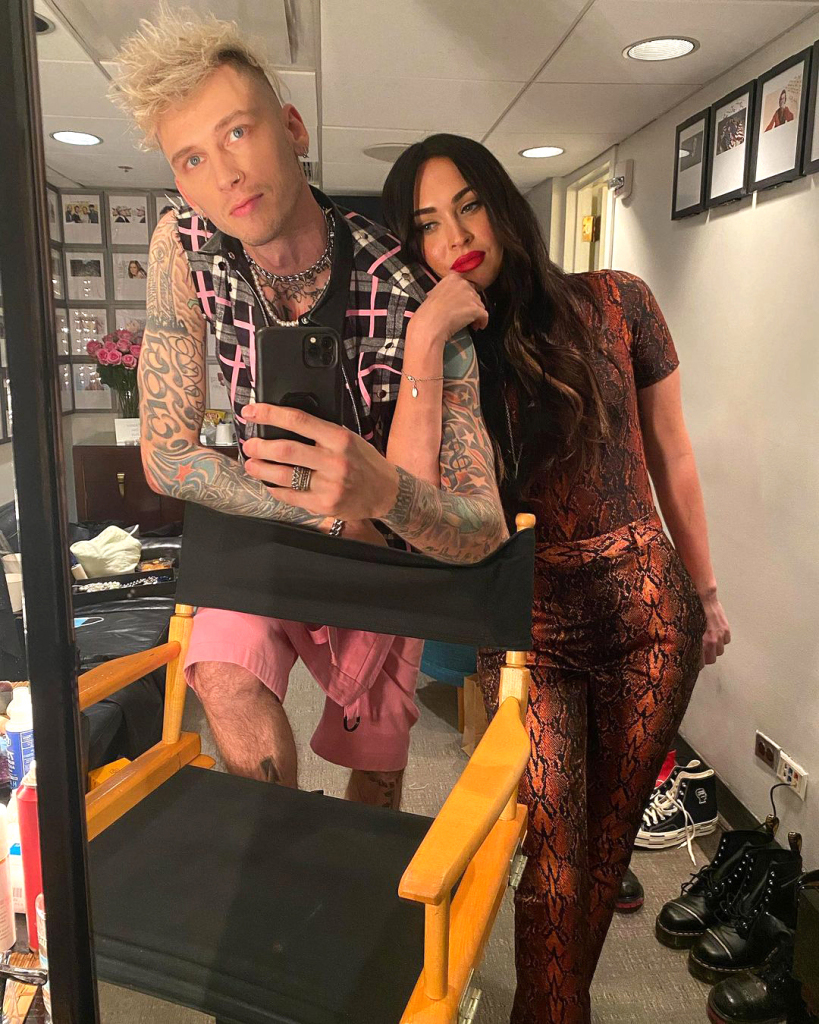 Everything Megan Fox, MGK Have Said About Their ‘Mythic’ Love

The Transformers actress, 35, was spotted watching Kelly, 31, during his VMAs prep while wearing what appeared to be a “ring on that special finger,” a source exclusively told Us Weekly.

The insider teased a possible “surprise announcement” during the rapper’s Sunday, September 12, VMAs debut performance. Kelly is slated to premiere his new single, “Papercuts,” at the awards show alongside pal Travis Barker.

The Jennifer’s Body actress was first linked to the “Drunk Face” musician in May 2020 after meeting on the set of the movie Midnight in the Switchgrass. Us exclusively revealed the following month that they were “officially dating,” shortly after Fox split from Brian Austin Green.

The Tennessee native and the 48-year-old Beverly Hills, 90210, alum, were married for nearly 10 years before announcing their separation in May 2020. They share three sons: Noah, 8, Bodhi, 7 and Journey, 5.

Fox became Instagram official with the “I Think I’m Okay” rapper in July 2020. Since then, the twosome have packed on the PDA and often gush about their love for one another in interviews and on social media.

“A twin flame is actually where a soul has ascended into a high enough level that it can be split into two different bodies at the same time,” the Till Death star said of her beau in the pair’s first joint interview during a July 2020 episode of the “Give Them Lala … With Randall” podcast. “So we’re actually two halves of the same soul, I think. And I said that to him almost immediately because I felt it right away.”

Celebrity Couples Who Fell in Love on Set

The couple previously sparked engagement speculation in January when the Teenage Mutant Ninja Turtles actress was seen wearing a huge ring on her left hand while out in New York City. The Dirt actor also wore what appeared to be costume jewelry while with his love.

Fox quickly shut down the rumors by sharing an Instagram Story of the ring that read, “F—k you,” adding an eye-roll emoji.

The following month, a source told Us that the New Girl alum “isn’t in any rush to get married again,” noting that the “Bloody Valentine” musician, however, would “marry her in a heartbeat.”