A mother whose snoring was so loud it forced two neighbours to move bedrooms because they could hear her through the wall claims a new 10-minute laser treatment has made a ‘huge difference’.

Kym Mohajeri, 35, from Liverpool, who has suffered from thunderous snoring since the age of 14, admitted her condition put a strain on her marriage and left her feeling mortified on a number of occasions.

But after undoing Somnilase, a new treatment from Novus Medical, which has clinics across the UK, Kym said she’s noticed a big improvement – with both her and her husband finally enjoying better quality sleep.

Kym admitted she never envisaged her snoring as being something that would impact her life in the long term while growing up.

She recalled sharing a room with other students during a school trip to Lourdes – and the ’embarrassment’ she felt at being told in the morning that she’d kept everyone awake all night. 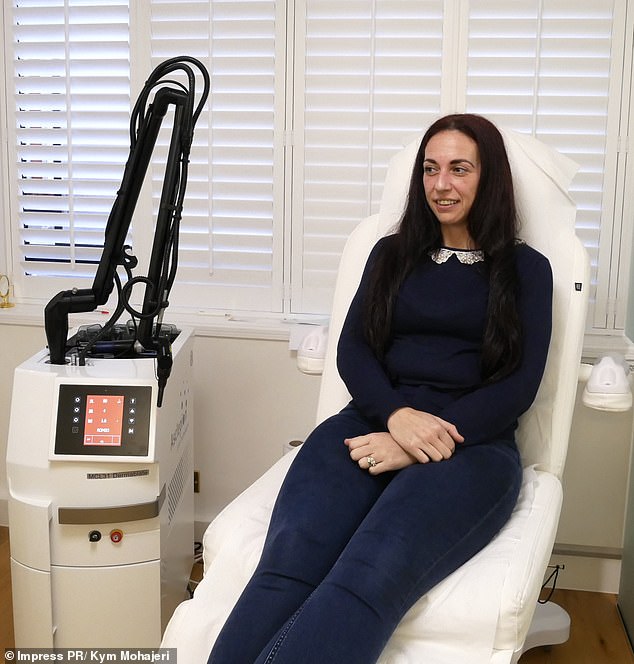 Kym Mohajeri, 35, (pictured) from Liverpool, revealed how new treatment Somnilase helped to significantly reduced the volume of her snoring

Fast forward ten years and the mother-of-three had become wary of staying with friends and embarking on new relationships.

‘I used to make excuses to avoid stopping with friends and I’d blame alcohol and smoking on the snoring – when I didn’t even smoke,’ she said.

Having met her partner Ben, 37, in 2005 in Warrington, Kym started to stay over at the flat he shared with a friend.

She continued: ‘I was really nervous about us moving in together. His friend would complain that he’d overheard Ben snoring in the night, and I’d just let him take the blame. 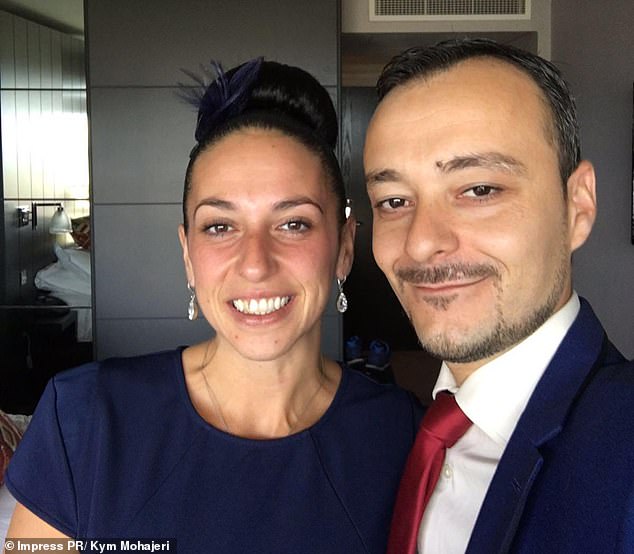 Kym, who has suffered thunderous snoring since the age of 14, said the condition made her avoid staying overnight at friends’ houses. Pictured: Kym with her husband Ben 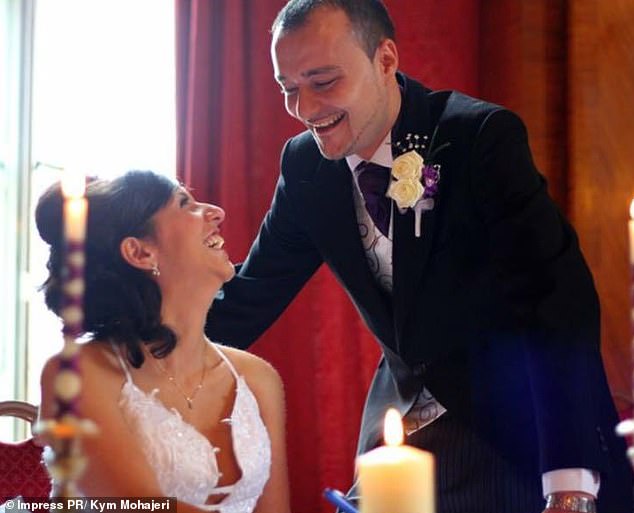 Kym revealed that neighbours would move their bedrooms because they could hear her snoring through the walls. Pictured: Kym and Ben on their wedding day in 2010

‘All of the feelings of embarrassment were coming back and I started to dread staying over.

‘We moved out to our own home a few years later, got married in 2010 and had our first child Aaliyah together in 2011 – for Ben the snoring just unfortunately became part of our reality.

‘It was so bad at one point that our neighbours decided to move their bedroom as my snoring was keeping them awake throughout the night. 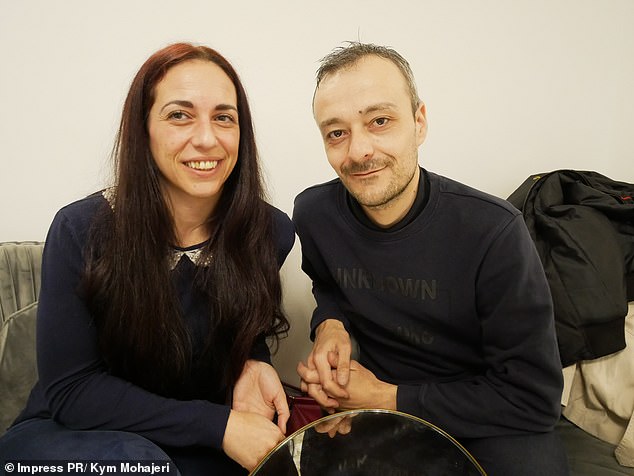 Kym said sleeping separately from her husband sometimes resulted in them feeling distant towards one another. Pictured: Kym and Ben 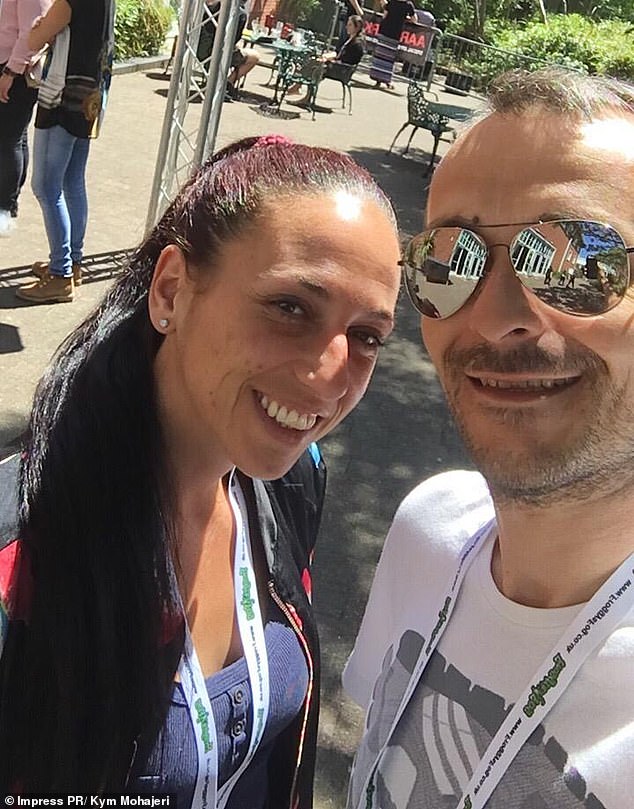 Kym tried to cure her snoring using sleep aids, herbal remedies and sleep apnoea monitors before learning about Somnilase through a friend. Pictured: Kym with Ben

‘We moved in 2018 to a new house and it happened again – our neighbours had to move bedrooms in order to get a decent night’s sleep.

Somnilase is a new treatment from Novus Medical. The goal of the treatment is to strengthen the structure of the soft palate and uvula, achieved by a fractional method that causes microscopic damage to the mucous membrane.

During the treatment a large amount of energy is applied at the same time. As a result, the soft palate is fixed and becomes more stable during breathing, since a greater resistance to the passage of turbulent air flow throughout the night is provided.

The treatment usually begins with the patient being given a thorough consultation with the doctor to rule out any underlying conditions. After that the patient sits back in a dentist’s chair and opens their mouth. The laser is attached to a small probe-like device which is then inserted into the back of the mouth and a few shots are fired by the laser. The laser snoring treatment is a quick and effective procedure, which takes no more than 10 minutes.

Normally three sessions are required. Sessions numbers can be more or less depending on the age of the patient and severity of symptoms. The usual interval between treatments is one month.

Side effects after can include a swollen and dry feeling in the throat, within a few days after the procedure. It also possible to experience a slight burning and scraping sensation – symptoms similar to a sore throat. Your throat may appear redder than normal on close inspection. It is also possible that you will feel mild pain and discomfort while swallowing. These are normal and expected symptoms, which will usually cease within 48 hours.

The treatment can vary in price depending on the clinic performing the treatment but patients can expect to pay around £1,650 for the course of three treatments.

‘I’d sleep on the sofa to let him get some rest and we ended up quite distant at some points because of it.

‘Sleep is so important and I was getting about four hours a night – woken up every two hours either by myself or Ben.’

Kym, an executive complaints manager, really struggled with the lack of sleep – until she tried a new treatment for snoring.

‘I was so tired that I’d arrange lifts to work because I knew that I was too tired to drive myself safely,’ she explained.

‘I suffered headaches, was snappy, irritable and emotional, and I felt that I couldn’t handle what the day was going to throw at me.

‘I’ve tried every treatment imaginable including sleep aids, herbal remedies, sleep apnoea monitors, but nothing has ever offered any solution.

‘I heard about a new snoring treatment called Somnilase from Novus Medical through a friend and I instantly booked an appointment with Dr Vik Veer, one of the leading ENT surgeons in the UK.’

Kym was able to significantly reduce the volume of her snoring after undergoing Somnilase – a laser treatment which strengthens the structure of the soft palate and uvula.

‘I was really nervous before the treatment – mostly because it meant so much to me to try and find a cure for my snoring,’ she recalled.

‘But the treatment itself was really easy and pain-free.

‘After the consultation I sat down in a dentist’s chair and when the laser treatment began it felt like a few zaps to the back of my throat.

‘Immediately after the treatment my throat felt a little tender, but within an hour I felt exactly the same as I had done before the treatment.

‘I’ve noticed a huge difference to my snoring since my treatment with Somnilase.

‘I’m waking up a lot more refreshed and feel ready to take on the day – and my husband is getting a good night’s sleep too. Our lives have changed for the better.’ 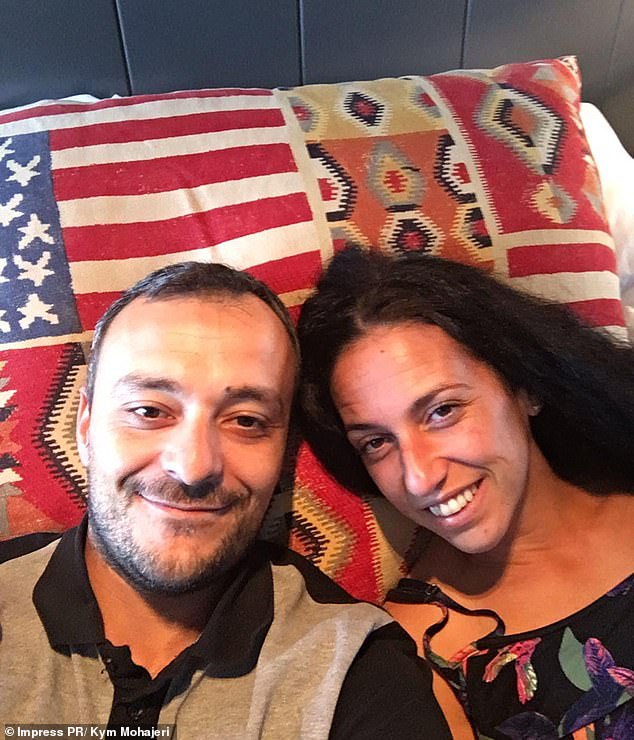 Kym, who learned about Somnilase through a friend, claims she’s seen a significant reduction in the volume of her snoring since having the treatment. Pictured: Ben and Kym