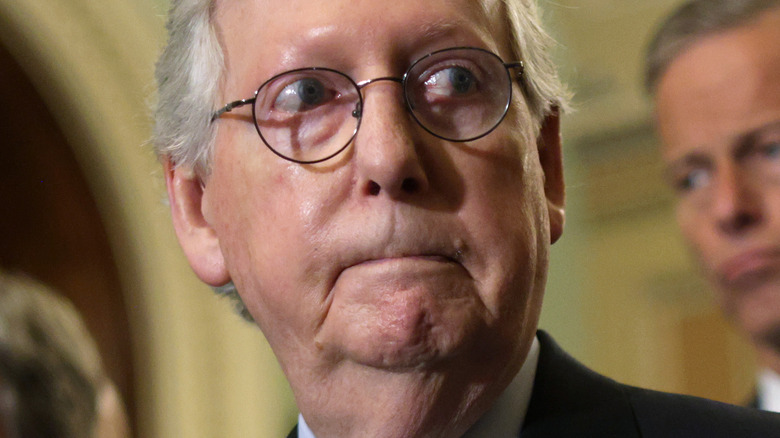 We are mere days away from the Fourth of July, and it does not seem like the country is going to make President Joe Biden’s goal of getting 70% of Americans at least partially vaccinated against COVID-19. The problem isn’t just about availability — some of it is political, too. All the states with the highest vaccination rates voted for Biden; those states with the lowest vaccination rates voted for Donald Trump in the November 2020 elections (via NPR).

So it might be seen as a good sign when a senior GOP figure like Senate Minority Leader Mitch McConnell goes on social media to deliver a key message that many in his party have opted not to make, and that is, to get vaccinated. He said, “As a polio survivor, I know how important an effective vaccine can be,” he tweeted. “It is a modern medical miracle that we were able to develop multiple effective vaccines in under a year. I continue to encourage everyone to get vaccinated.” But McConnell’s message has received many mixed reviews. 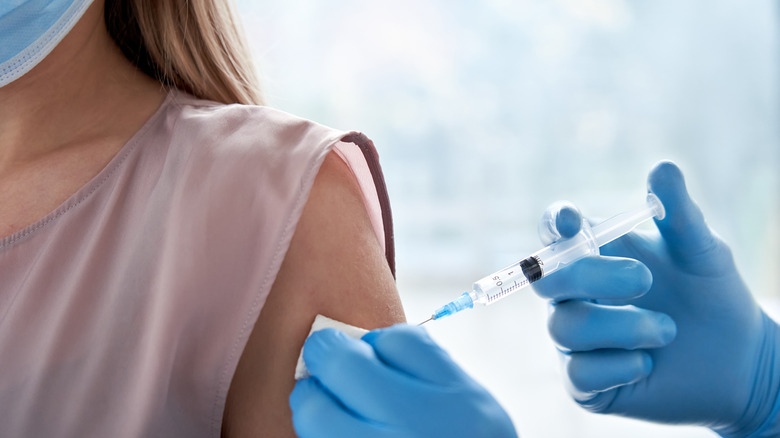 Social media was not about to give Mitch McConnell any marks for effort. In one comment that gathered 292 likes as of this writing, one user called out the Senate minority leader by sharing a graphic showing the number of times McConnell voted against raising the minimum wage (15), along with the caption, “Reminder: this guy survived polio because of state-funded healthcare. He has been trying to remove healthcare from anyone but him since then. And liveable wages.” Another pointed out, “One would think that someone who had to struggle with such a condition would be a hell of a lot more empathetic to the plights of others, but alas.”

Still, there was a rare voice that sought to find consensus in the highly polarized social media pool, as they tweeted: “Normally we are far apart in opinion. Here, however, we have common ground. Thank you for making a public statement. Please encourage your colleagues to go on FOX, OAN, NEWSMAX and make THESE statements rather than their usual talking points.”

McConnell could have been addressing his own home state with this social media shoutout. USA Facts says that, as of June 27, 49% of Kentuckians received at least one COVID-19 vaccination dose, and 43% were fully vaccinated. But GOP men now make up the biggest anti-vax group (via Refinery29), and one Twitter user warned: “Something tells me your base is not going to listen…”

Tags: ‘Call, McConnell’s, Mitch, to, Vacc
You may also like
Recent Posts