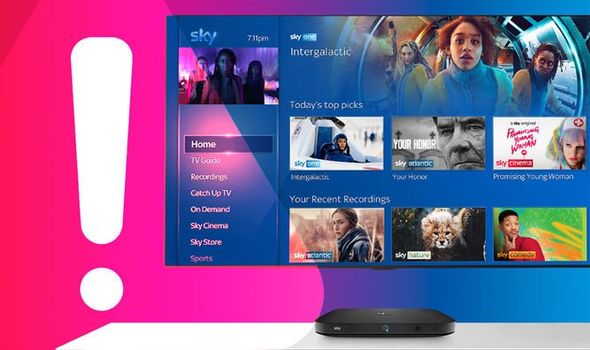 The crackdown on illegal streaming continues. More than one million people have been blocked from streaming shows, sports and movies from Sky TV and other paid-for platforms, including Disney+ and Netflix. This latest blackout took place in Italy, where some 1.5million customers who pay to access illegal streams of Sky, Disney, Netflix shows are now looking down the barrel of a total ban.

Most of those affected were paying a monthly fee of around €10 (£8) to unlock access to a swathe of premium content. That might sound expensive, but the channels they were able to stream would usually cost more than double that if subscribed to via official payment plans. Netflix alone can cost up to £13.99, for example and a basic package from Sky costs £25.

It’s thought the gang behind the pay-TV streaming service were making around €15 million a month from the vast subscriber numbers who mainly signed up via social media and messaging groups.

In total, 45 people have now been arrested by Italian police with the “blacking out” estimated to have cut 80 percent of the illegal IPTV flow into Italy. During the searches, numerous computer materials were seized as well as the servers and illegal devices used for connections and broadcasting activities. In the homes of some of the suspects, cash was seized for tens of thousands of euros, deemed to be proceeds of the illegal activity.

Is unclear if anyone outside of Italy has also been affected but it will be a warning to all those who watch and stream content without permission.

Speaking about this latest crackdown Kieron Sharp, CEO at FACT, said: “This outcome really highlights the benefits of agencies and law enforcement working together. When serious and highly profitable organised crime groups operate across borders, disruptive action requires collaboration between the private and public sectors in different jurisdictions.

“This is an excellent result from this innovative multi-agency approach. We welcome all initiatives to tackle serious organised crime and FACT will continue to monitor channels used to advertise, market, sell and distribute apps, devices and streams, in order to take action against suppliers and operators.”

This latest block comes just days after the Alliance For Creativity and Entertainment (ACE) closed down one of the world’s most popular streaming sites. 123movies.la, is now officially offline meaning its 30 million monthly users will no longer have access to its huge catalogue of free movies.

The site had been in operation since 2017 and had remained hugely popular until its closure last week. ACE is backed by some of the world’s biggest film studios and media companies which include, Amazon, Fox, Netflix, MGM, HBO, Sky, Paramount and Disney.

Tags: computing, internet, technology
You may also like
Recent Posts