But at least he handed out clubs rather than cards as he caddied for Aussie golfer Whitney Hillier on the Ladies European Tour. 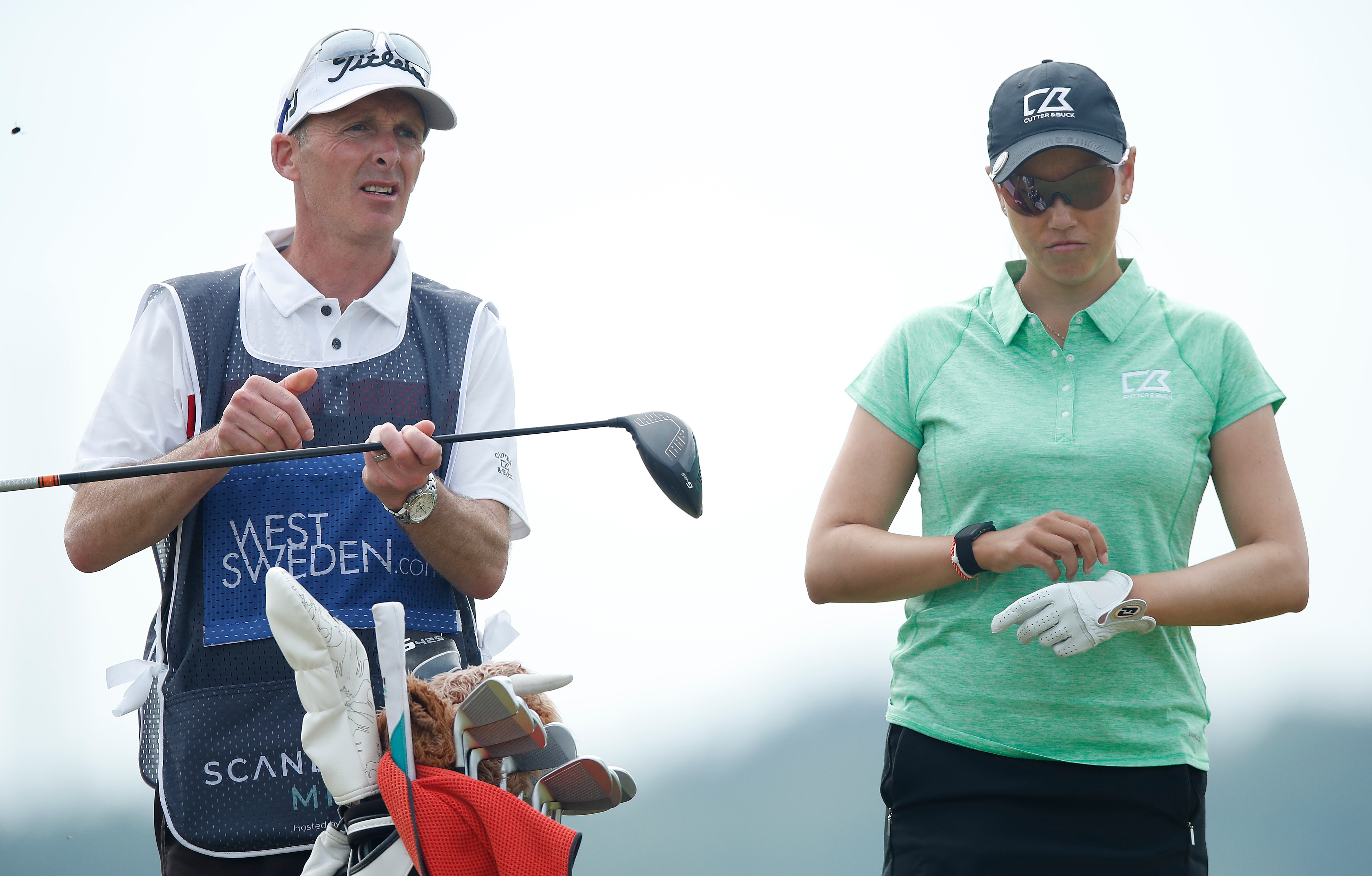 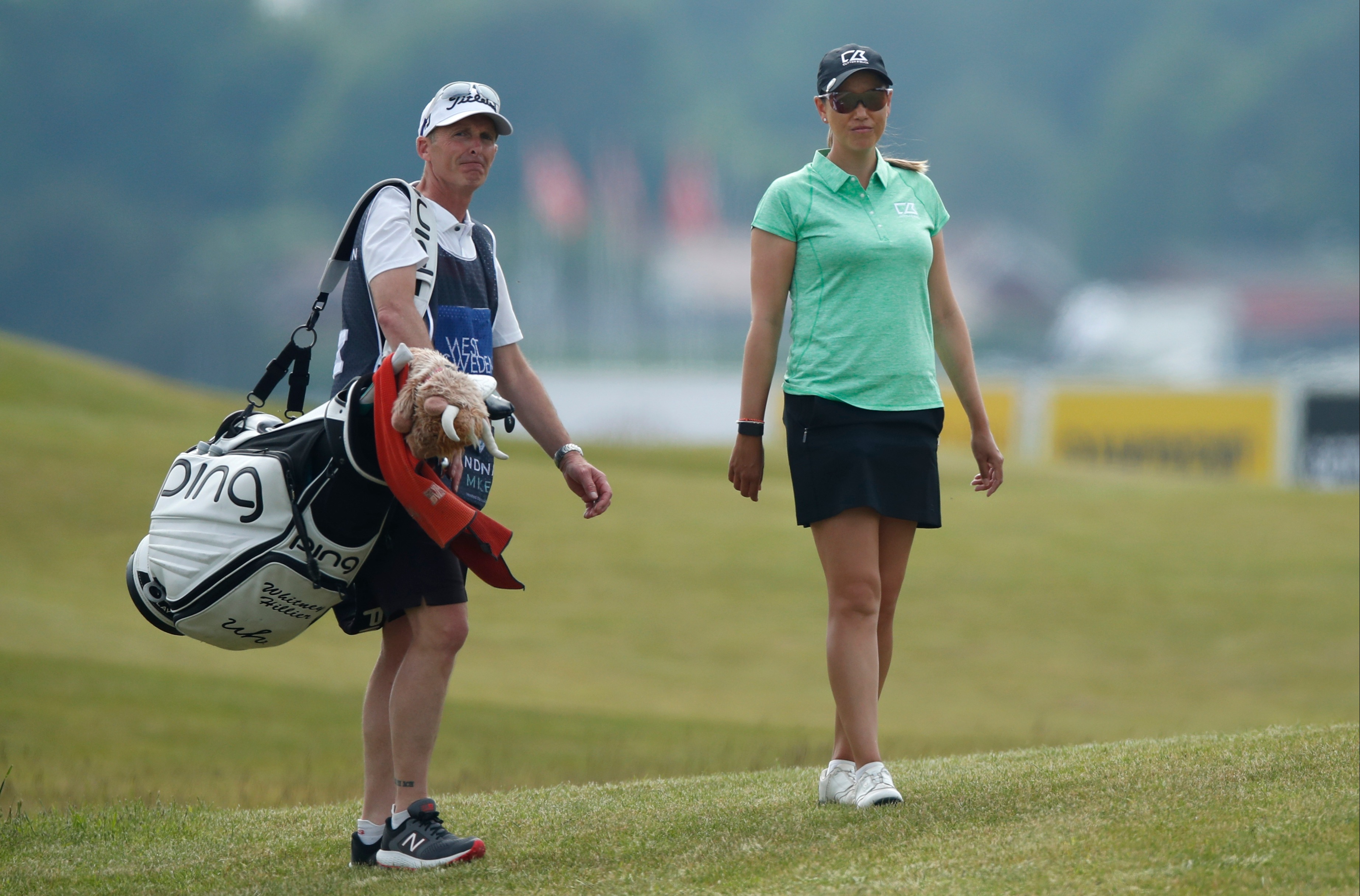 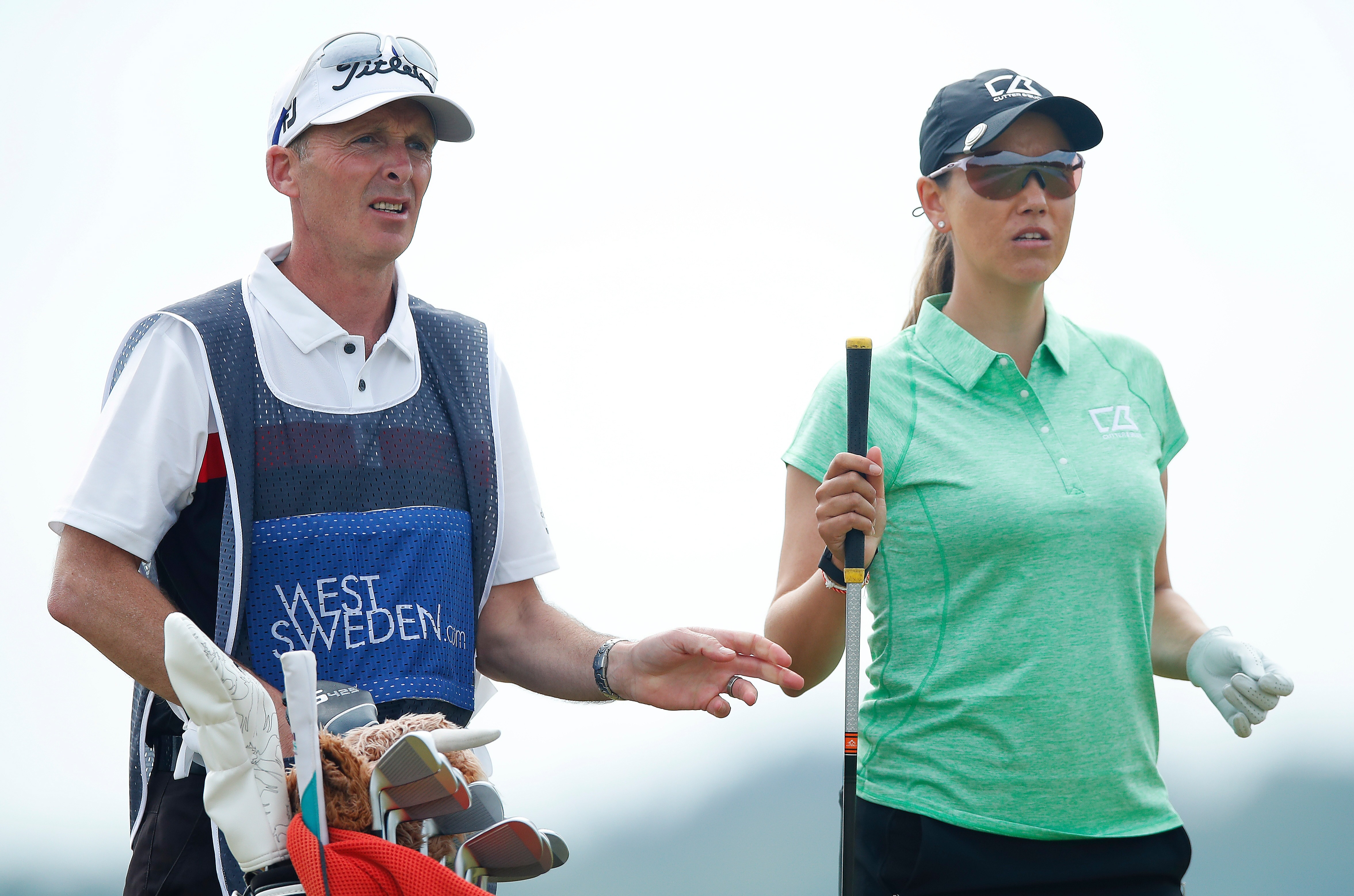 The man in black loves the greens, playing as a five-handicapper and famously being HIllier's caddy when she got a hole in one two years ago.

But he couldn't whistle up any such luck for the 30-year-old this time as she failed to make the cut  at the Scandinavian Mixed event in Sweden.

Dean is known for his unorthodox antics on and off the field, admitting he has a "touch of arrogance" to supplement his maverick side and sheer exuberance for the game.

He was, though, more muted as a sidekick for Hillier during her two rounds at Vallda Golf & Country Club in Valldadalen, near Gothenburg.

The European Tour posted a video showing Dean checking her scores and casting his eyes over one of the course holes.

Yet the 53-year-old has just nine more weeks of what could hardly be called his downtime before he has to get back into the swing of things in the Prem.

And compared to most officials Dean must be a hot tip to tee up some more controversy for himself.

He notoriously seemed to celebrate a Tottenham goal in 2015 – later explaining he had got "carried away with the day" and was only rejoicing at his decision to play-on.

Then three years later he performed a cheeky stepover before Watford netted against Chelsea.

But in 2020 he was awarded a medal in a pre-match presentation at Arsenal to mark his 500 games as a top-flight ref.

And that just proves, whatever else you think about Dean, he can certainly stay the course.

Tags: caddies, Dean, for, Mike, Whitney
You may also like
Recent Posts