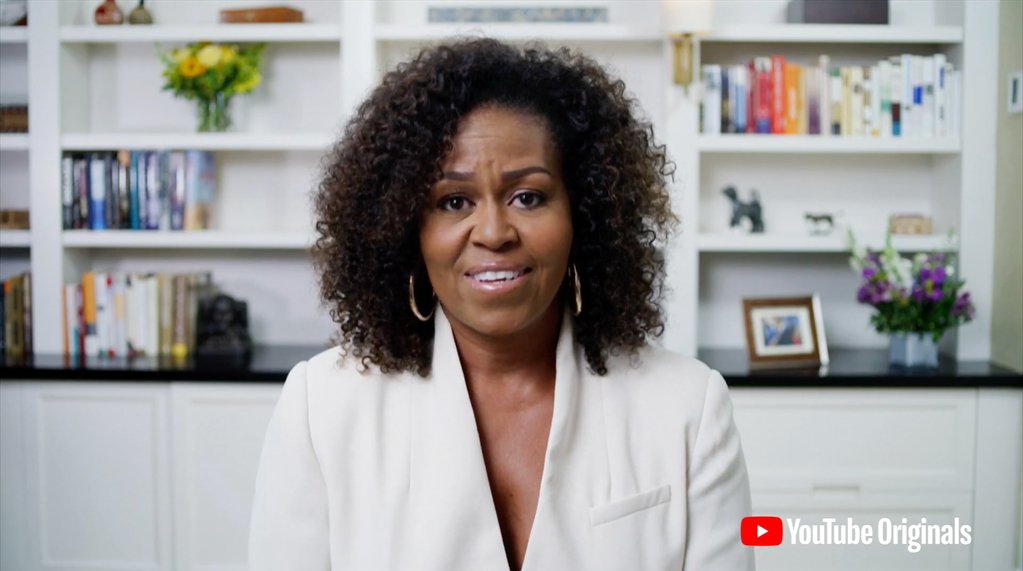 Despite coronavirus cancelling the plans of graduates across the world, celebrities and public figures joined together on Sunday, June 7, for YouTube Original’s ‘Dear Class of 2020’ special.

The prerecorded event featured speeches by the performers like BTS, Lady Gaga, Beyoncé, Alicia Keys, Taylor Swift, and more. But it wasn’t only music stars who had something to say.

Former President Barack Obama and former First Lady Michelle Obama also spoke, celebrating with the graduating class in true parent mode. And Michelle also gave her own impassioned speech, one in which she presented herself not as a famous political figure, but addressing graduates and the unrest in America “as a real live person, a mother, a mentor, a citizen concerned about your future and the future of our country.”

In the speech, Michelle spoke to the racial injustice in America, how overwhelming the current political climate can be and what young people can do to combat it.

“Over these past couple of months our foundation has been shaken,” the former FLOTUS said. “Not just by a pandemic that stole too many of our loved ones, upended our daily lives, and sent tens of millions into unemployment, but also by the rumbling of the age-old fault lines that our country was built on: the lines of race and power that are now, once again, so nakedly exposed for all of us to grapple with.”

She continued: “So, if any of you are scared, or confused, or angry, or just plain overwhelmed by it all, if you feel like you’re searching for a lifeline just to steady yourself, you are not alone. I am feeling all of that, too. I think we all are. So, I want you to know that it’s okay to be confused. It’s okay if you don’t understand exactly what you’re feeling.”

Speaking to discrimination in America, following nationwide protests after the death of George Floyd, Michelle did not mince her words. “What’s happening right now is the direct result of decades of unaddressed prejudice and inequality,” she said.

“Because for too many people in this country, no matter how hard they work,” she continued. “There are structural barriers working against them that just make the road longer and rockier. And sometimes it’s almost impossible to move upward at all.”

She then presented various instances of injustice, including the deaths of Trayvon Martin and Ahmaud Arbery.

“If you don’t feel safe driving your own car in your own neighborhood, or going for a jog, or buying some candy at 7/11, or bird-watching—if you can’t even approach the police without fearing for your life—well, how do you begin to chart your own course?” she asked. “And as so often is the case, these questions compound upon themselves. See, if you’re struggling already just to keep your head above water, if you’re living in a constant state of fear, how much further behind will you be after months in quarantine and without a job?”

While Michelle admits that she doesn’t have all the answers to America’s problems, she does ask young graduates to maintain a sense of hopefulness. “What we finally do have is focus—we see what’s happening in stark relief; we see how these inequalities are playing out on our streets,” she said. “And it’s not just the communities most affected by these challenges that see it now—it’s folks all across the country who for too long have had the luxury and privilege of looking away.” 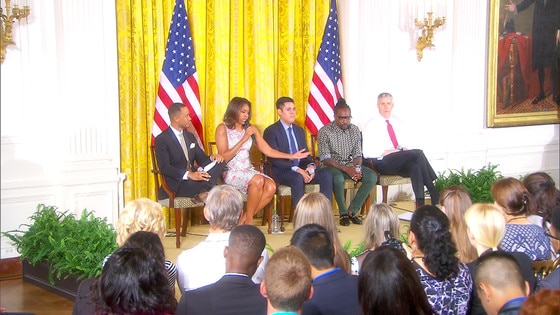 The former First Lady then suggested a series of detailed points of reality, and some advice to deal with it. Her first and foremost point? Life will always be uncertain.

“And that leads me to my second lesson,” she continued. “In an uncertain world, time-tested values like honesty and integrity, empathy and compassion — that’s the only real currency in life. Treating people right will never, ever fail you.”

Michelle asserted that cutting corners and taking advantage of others will never pay off in the long run. “Make a decision to use your privilege and your voice for the things that really matter,” Michelle said. “Which is my third lesson today—to share that voice with the rest of the world.”

She continued: “For those of you who feel invisible: Please know that your story matters. Your ideas matter. Your experiences matter. Your vision for what our world can and should be matters. So, don’t ever, ever let anyone tell you that you’re too angry, or that you “should keep your mouth shut.”

And Michelle’s final lesson was simple: couple every protest with plans and policies, organizing, mobilizing and voting.

“Graduates, anger is a powerful force,” she said. “It can be a useful force. But left on its own, it will only corrode, and destroy, and sow chaos on the inside and out. But when anger is focused, when it’s channeled into something more, that is the stuff that changes history.”

In her joint speech with former President Barack Obama, her husband imparted some words of wisdom to new graduates, reminding them that their hard effort was not a waste in a troubling world.

“Today is the culmination of a long journey,” the former POTUS said. “Think back to when you were starting your first year. You were probably just hoping by graduation day, you’d met some new people, learned some new skills and got yourself ready for the first step, maybe college, maybe grad school, maybe your first job. You accomplished all that. And just as you were rounding the final turn, the world through a pandemic your way.”

Michelle added, “And these past few months, you had to reach even higher, you weren’t just adjusting to a virtual classroom, you were helping your teachers adjust their audio so the rest of the class could hear. You weren’t just taking your finals online, you were making sure your siblings had enough time on the computer too to finish their work. And you weren’t just hanging out with your friends in your group chat, you were supporting them through all of this uncertainty and loss.”

“That’s a lot to ask of anybody, and in spite of it all, you did it all,” Barack continued. “We want you to know that the investment in your education is one of the best investments you’ll ever make.”