“It was one of those horror stories where he didn’t cry.”

Meghan Trainor is sharing details about the difficult delivery of her son, Riley.

While speaking to “TODAY Parents,” the singer — who welcomed her son back in February — described the birth as “terrifying,” revealing the infant had “breathing issues.” Riley was breech and was delivered via C-section. 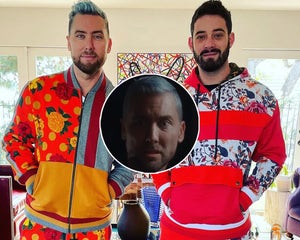 “It was one of those horror stories where he didn’t cry,” Trainor, 27, recalled. “He didn’t make noise when he came out. I was like, ‘Why isn’t he crying?'”

“Then they told me he was having breathing issues,” she added. “It was terrifying.”

Trainor — who shares Riley with husband Daryl Sabara — said she only got to see her son “for one second” before he was taken to the neonatal intensive care unit (NICU) and was given a feeding tube.

“That was probably the worst part,” Trainor recalled. “It was definitely a rough start. But we’re so lucky we got to bring him home after five days.”

The Grammy winner previously detailed Riley’s “rocky start” in a TikTok video she shared in April.

The compilation video, above, followed Riley from his days when he was intubated in the NICU as a newborn — during which Trainor had to Facetime in — to him being a “perfect, happy and healthy” boy at home with his mom and dad.

Also during her interview with “TODAY Parents,” the “Me Too” singer spoke about how she took care of her mental health while she was pregnant, revealing that she stayed on a low dose of her antidepressant.

“I made sure it was safe and talked to my doctors,” Trainor explained. “They told me, ‘If you’re happy, then your body will be happy and then your baby will happy.’ I haven’t had any postpartum depression or anything. I think the medicine definitely helped.”

In a new interview with Yahoo!, the new mom shared what her pregnancy journey taught her about herself.

“I’m a badass. I didn’t know how strong I was,” Trainor said. “A lot of people are like, “Wow, you’re so tough and strong.” And I’m always in my head [thinking], ‘No, I’m so weak. What do you mean?’ And I also feel like ’16 and Pregnant’ — I feel so young in my head. But because of going to the doctor appointments by myself, I had to really become an adult and I’m very impressed with myself. My discipline has been amazing. So I’m super-proud, and I know now that I can achieve anything. I’m like, if I can get through that C-section, man, I can do anything.”