There was no wild celebration, no beating of the chest. Mark Selby emerged from his silo of concentration and allowed himself two clenched fists as the winning ball dropped, the job meticulously completed. This was the night he became a four-time Crucible world champion, when he joined Stephen Hendry, Steve Davis, Ronnie O’Sullivan and John Higgins in that elite class. But over the course of four compelling sessions it was also a final in which the unshakeable Selby demonstrated why he is almost impossible to beat when it really matters.

Selby has now won 17 of the 18 major finals since he first became a world champion in 2014, a clinical streak which Shaun Murphy could not stop in an 18-15 defeat. It will not go down as a classic of heavy scoring, with only five centuries and countless 50-odd breaks falling apart. But it was a memorable meeting of snooker styles, even ideologies, between Selby’s pragmatism and Murphy’s impulse, between one player who blocks out the crowd and another who invites them in, who plugs himself into the noise. A moment which epitomised the dichotomy came at 12-9, when Murphy came to the table and declined a simple safety, instead throwing himself at an ambitious long red which barely bothered the pocket. Selby calmly mopped up to go 13-9.

You couldn’t blame Murphy for employing the entertaining snooker which got him to the final, for leaning on attacking instincts which shot him to fame in 2005 when the rosy-cheeked debutant won the world title, firing at everything geometrically pottable. A 22-year-old Murphy was irresistible that year and it seemed unimaginable he could go so long without another world crown, but spells of thrilling infallibility, like Judd Trump’s blitz of centuries two years ago, tend to be the exception, not the rule. Minimising a rival’s opportunities usually counts for more than manufacturing your own.

Selby sealed the world title on Monday but it was really won on Sunday evening in a spell which captured exactly why playing him is such a chastening experience. Selby won six of the night’s last seven frames; at one stage Murphy went an entire hour without potting a ball. Gradually Selby increased the pressure, both on the scoreboard and on the Crucible floor, heat rising under the striplights, like a form of extremely genteel psychological torture in which the exponent is wearing bowtie.

This was Selby at his best, scoring while gently taking away his rival’s sense of rhythm or timing so they eventually come back to the table feeling punch-drunk. His decision-making was almost impeccable; it would be wrong to say he was defensive but Selby saved his most spectacular shots when the risk was low. Like the moment on Monday afternoon when, 11-8 up but 51 points behind in the frame, he potted an outrageous red down the length of the table before cannoning into the black with precision (a moment so good the BBC quickly shoehorned it into their shortlist for shot of the tournament). It felt like an exclamation of intent, an announcement that he had taken full charge of the table, and although he couldn’t claw back the frame he posted successive breaks of 107, 54 and 50 to claim the next two and tighten his hold. 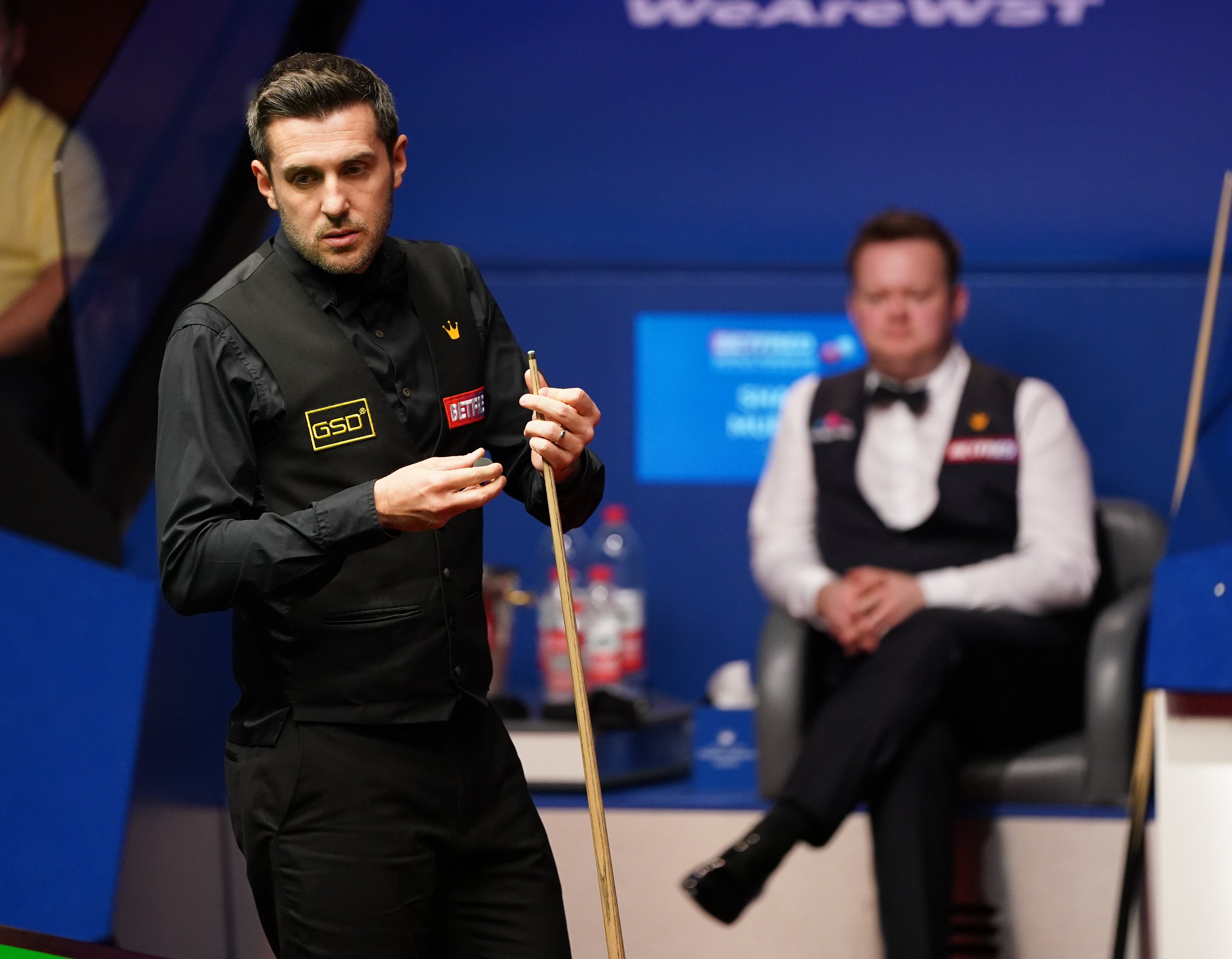 Murphy was always bound to explode into life and it came in thrilling bursts, like his brilliant break when 13-9 down which he finished left-handed, screwing the cue ball off cushions at impossible angles to the delight of the full capacity crowd. But his moments of exhilaration were answered by impenetrable calm: Selby took the next frame to carry a 14-11 advantage into the final session.

When they returned he moved out to 15-11 before Murphy cleared up masterfully to return to 15-12. They exchanged the next two frames before Selby hit a beautifully composed break of 120, the highest of the final, to take him within one of the trophy. Murphy hit back with back-to-back centuries of his own to reduce the deficit to 17-15, but it only delayed his defeat as Selby won a tactical final frame, the sort he relishes. Murphy’s final shot was a brave but high-risk red down the rail which was left sitting in the jaws.

For Murphy, a third lost final since his sole world title 16 years ago will be a source of encouragement, a sign he is back near his best after some fallow years. He is 38 and more chances will come, yet on this evidence he will need to be near-perfect to break down the granite consistency of the game’s very top tier. For Selby, a relentless display added his name to an elite band of four-time Crucible champions on another night of quiet satisfaction, another final peerlessly closed out, another victory for the plotter over the potters.