Hot and unbothered! Alex Rodriguez has been living his best life in the months since he and Jennifer Lopez called it quits — and has been getting in great shape.

Every Cryptic Post Alex Rodriguez Has Shared Since Split From J. Lo

The retired MLB player showed off his slim — but muscular — bod in a set of stylish Instagram photos on Wednesday, July 28, shortly after ringing in his 46th birthday in St. Tropez, France. 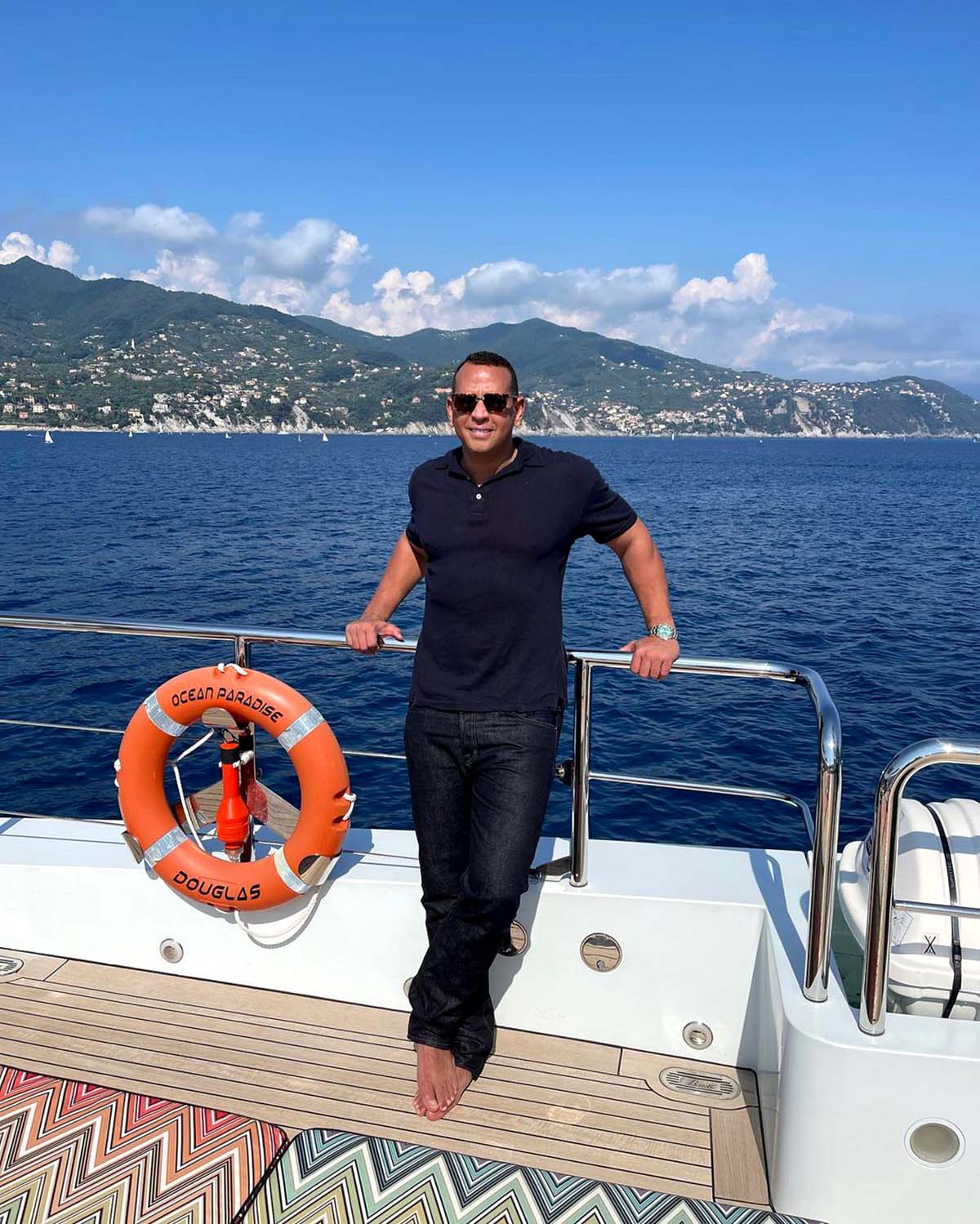 “1 or 2? #whichsuitsyou,” he captioned the snaps, one of which featured him rinsing off on the deck of a yacht in nothing but a pair of shorts. He placed one hand on his hip while posing shirtless, in contrast to the second photo, which showed him fully clothed in a sharp suit.

Rodriguez and Lopez, 52, were engaged for two years before announcing in April that they were going their separate ways. At the time, the duo told Today that they were “better as friends.” In a matter of weeks, the Hustlers actress was spotted getting cozy with Ben Affleck, instantly sparking rumors that she’d rekindled her flame with the Oscar winner, 48.

Us Weekly confirmed in May that the Gigli costars, who were engaged from 2002 to 2004, were “full-on dating” and “very happy” with their relationship. The couple kept quiet about their romance until earlier this month when Lopez made things Instagram official with a steamy PDA pic in honor of her birthday.

The Maid in Manhattan actress and the Argo star vacationed in the South of France and got cozy in a booth at L’Opera on Saturday, July 24. Rodriguez, for his part, partied aboard the Ocean Paradise yacht — in nearly the exact same location.

“Jen and Alex had planned to go to the French Riviera for J. Lo’s birthday this year and neither of them changed their plans,” a source told Us of the coincidental celebrations. “Alex didn’t know Jen would still be going, but he wasn’t fazed when he found out her boat was nearby. He was distracted with his own guests.”

According to the insider, the former pro athlete is “really enjoying” his single status.

While Rodriguez rang in his birthday as a bachelor, his former fiancée was falling even harder for the Gone Girl actor. “[They] wanted to share their love with the world,” a second source revealed, adding that the twosome are in a “great place” with their relationship. “[J. Lo] called it her best birthday yet.”

Everything J. Lo and A-Rod Said About Their Wedding Before Split

Affleck, for his part, shares daughters Violet, 15, and Seraphina, 12, and son Samuel, 9, with Jennifer Garner. The exes finalized their divorce in 2018, three years after their split.