Too late to apologize? Justin Timberlake’s admitted that his dance moves aren’t always on point after going viral for a recent stage fail.

“D.C., I want to apologize to you for two reasons: here and here,” the 41-year-old musician said in an Instagram Story video on Wednesday, June 22, zooming in on his feet. “I had a long talk with both of them, individually, and said, ‘Don’t you ever do that to me again.’”

The “SexyBack” singer joked, “Maybe it was the khakis. It was a real khaki vibe.” 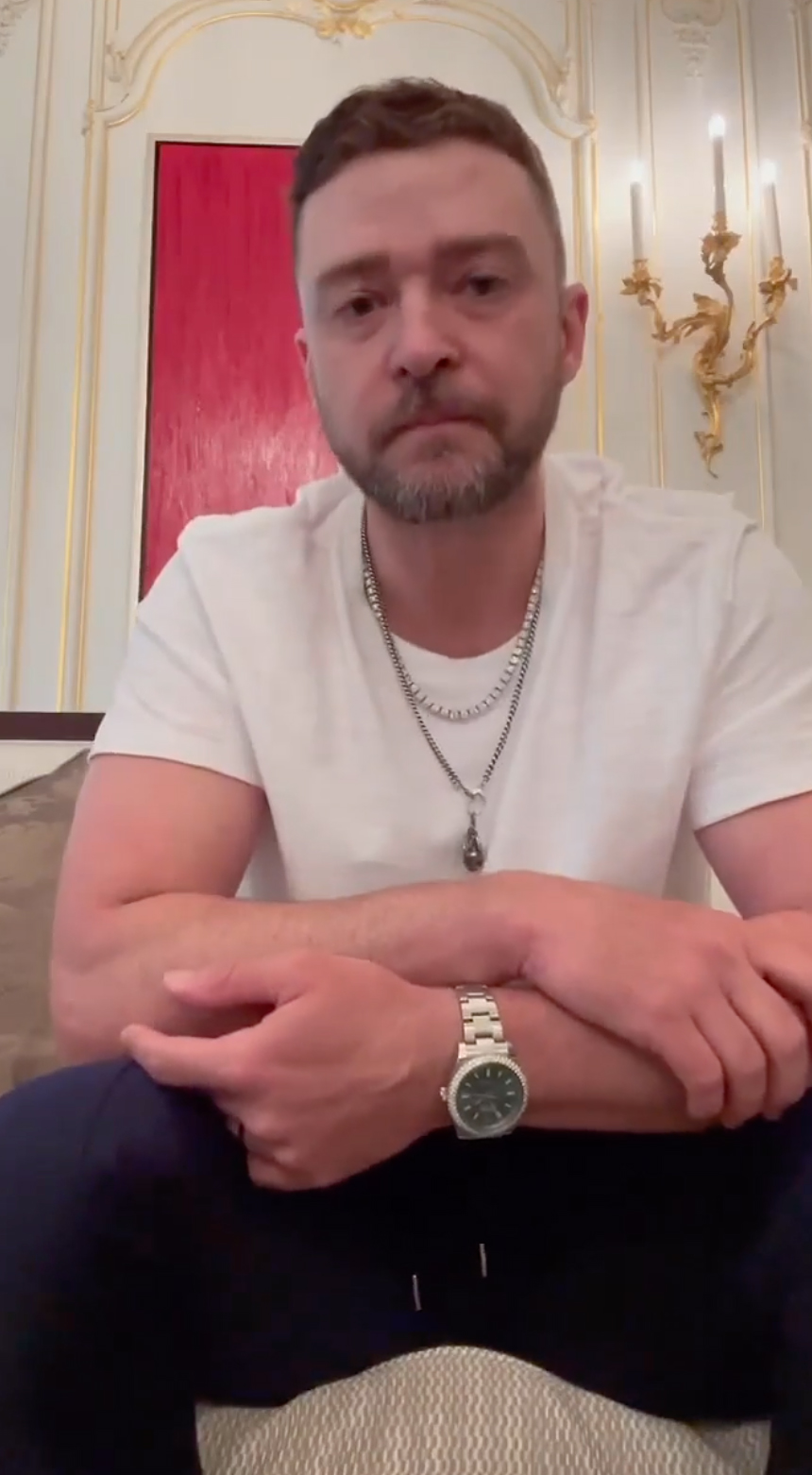 He concluded by vowing to fix his mistake, saying, “I’m going to make this up to you. I’m going to focus on these two guys right here and get em right. Love y’all.”

The “Man of the Woods” crooner turned heads on Saturday, June 18, when a clip of him dancing in Washington, D.C. during his Something in the Water Festival performance blew up on the internet.

In the video, Timberlake screamed to the crowd, “D.C., beat ya feet!” before breaking into the area’s go-to dance style of the same name. The step sequence, which became popular in the 1990s and 2000s, usually includes a series of three-step moves and a bounce.

Instead of showing off his smooth steps, however, the former Mouseketeer received ridicule for his quirky routine that looked a lot like the hokey pokey.

“Justin Timberlake completing his evolution into Mr. Schuster from Glee,” one Twitter user wrote while resharing the dorky video.

Another Twitter fan joked, “Justin Timberlake looks like a Vice Principle trying to have a dance off on the hallway with his students talm’bout [sic] ‘what you know about this.’”

The “Rock Your Body” singer trolled himself a little more on Wednesday by sharing a few TikTok videos in which Timberlake’s fans impersonate him and his failed routine.

“Nailed it,” the Tennessee native wrote alongside a clip of TikToker @corey_obrien replicating the viral moment — the fan even donned similar khakis and shoes.

The former ‘NSync member’s performance mishap came over Father’s Day weekend, which Timberlake marked with a sweet shout-out to his and wife Jessica Biel’s two children.

“My two favorite melodies ❤️❤️,” the “Bye Bye Bye” singer gushed via Instagram on Sunday, June 19, sharing a glimpse at Silas, 7, and Phineas, 23 months, playing the piano. “Happy Father’s Day to all the Dad’s out there!!!”

One month prior, 40-year-old Biel revealed that their two boys were quickly following in their father’s footsteps.

The Sinner actress explained during a May appearance on The Ellen DeGeneres Show that Silas is interested in “orchestras and symphonies and movie scores” with a little bit of EDM as well. She noted that her eldest child “wants to be a DJ.”

Phineas, for his part, “is the one who has the guitar backward, jamming, drumming … he won’t put these instruments down,” according to the 7th Heaven alum. She added: “I see musical abilities in both of them but they’re different.”