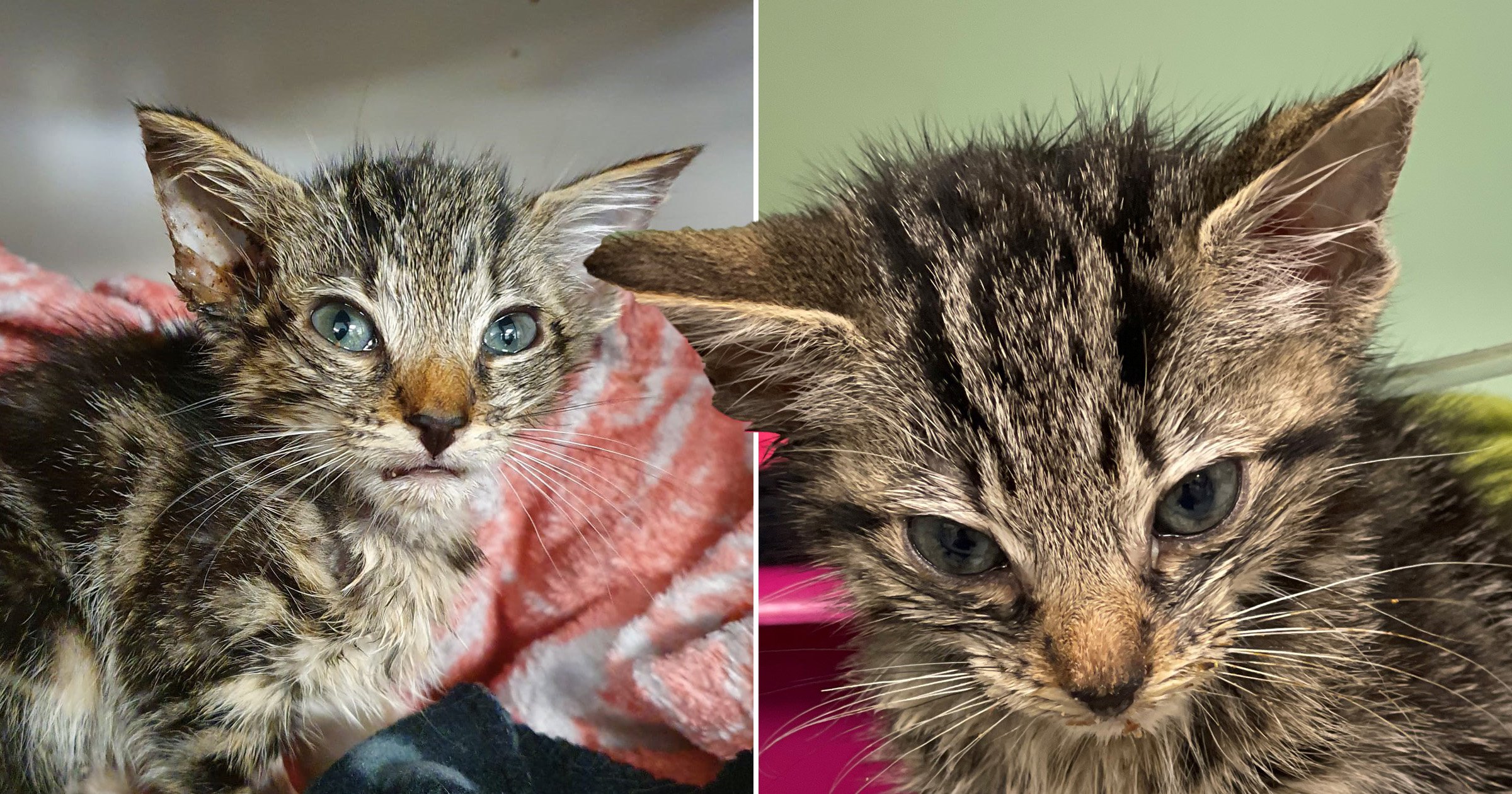 A tiny kitten who nearly died after he was taken from his mum and sold too young has since found a loving new home for the holidays.

The little guy, who staff nicknamed Yoda thanks to his adorable ears, needed emergency treatment just one week after being bought online, after he collapsed in the home of the people who purchased bought him.

He was rushed to Blue Cross’s Victoria animal hospital, where vets were unsure he’d survive the ordeal.

‘Poor little Yoda was in such a sorry state when he arrived in our care, and we were unsure he would make it through,’ recalled Amanda Rumball, London Welfare Officer at Blue Cross.

‘Yoda hadn’t been weaned and couldn’t eat on his own, just taken away from his mum long before he could fend for himself.

‘He had awful diarrhoea, an ear infection in both ears, was dehydrated, had a low temperature and low blood sugar levels.

‘He went straight into intensive care and started to improve a little each day, but his prognosis remained very guarded for a while, as he was so poorly.’

Due to the level of treatment Yoda needed, his owners made the decision to sign the kitten over to the charity.

They told vets they hadn’t been able to get him to eat since they got him, and said they had been told he was between six and nine weeks old at the time.

But staff believe the kitten had been sold at just five weeks old and unweaned. The charity advises never taking on a kitten under the age of eight weeks old.

‘Unfortunately, pet scammers are continuing to look for every opportunity to cash in on demand for pets wherever they can with no thought for the animal’s welfare,’ said Amanda.

‘We’d always urge people to consider taking on a rescue pet from a charity like ourselves, but if people do make the decision to buy online, then they really need to look into the person selling the animal before handing over any money.’

Once he was strong enough, Yoda was moved to a rehoming centre and was thankfully soon able to secure a new forever home.

Sarah Miller, Animal Welfare Assistant, said: ‘When Yoda arrived with us, he was really friendly and lovely from the outset. He would always want to come up to you and play.

‘The team took it in turns to foster him so that he got plenty of time in a home environment and when he was at the centre, you’d always find one of us stopping by for 10 minutes with him – there’s nothing better for lifting spirits than a bit of kitten play.

‘We joked that he may have been a parrot in a previous life, as he also loved nothing more than sitting on our shoulders and watching the world go by.’

After taking another month to recuperate fully, Yoda, who’s now called Otis by his new family, was finally ready to start the next happy chapter of his life and move into the new loving home he deserves.

Sarah added: ‘Despite all he had been through, he is a little angel. We’re so happy he made it.’