Sharing her side! Summer House personality Lindsay Hubbard is opening up about why she slept in Austen Kroll’s room the night of Kyle Cooke and Amanda Batula’s wedding.

“Carl [Radke], he was [staying] in a different hotel,” Lindsay, 36, exclusively told Us Weekly of her now-fiancé on Wednesday, November 30. “I think because he had a lot of duties at this wedding. He was officiating, he was a co-best man, you know, and he’s sober, right? So, I think he wanted to focus. He wanted his privacy.” 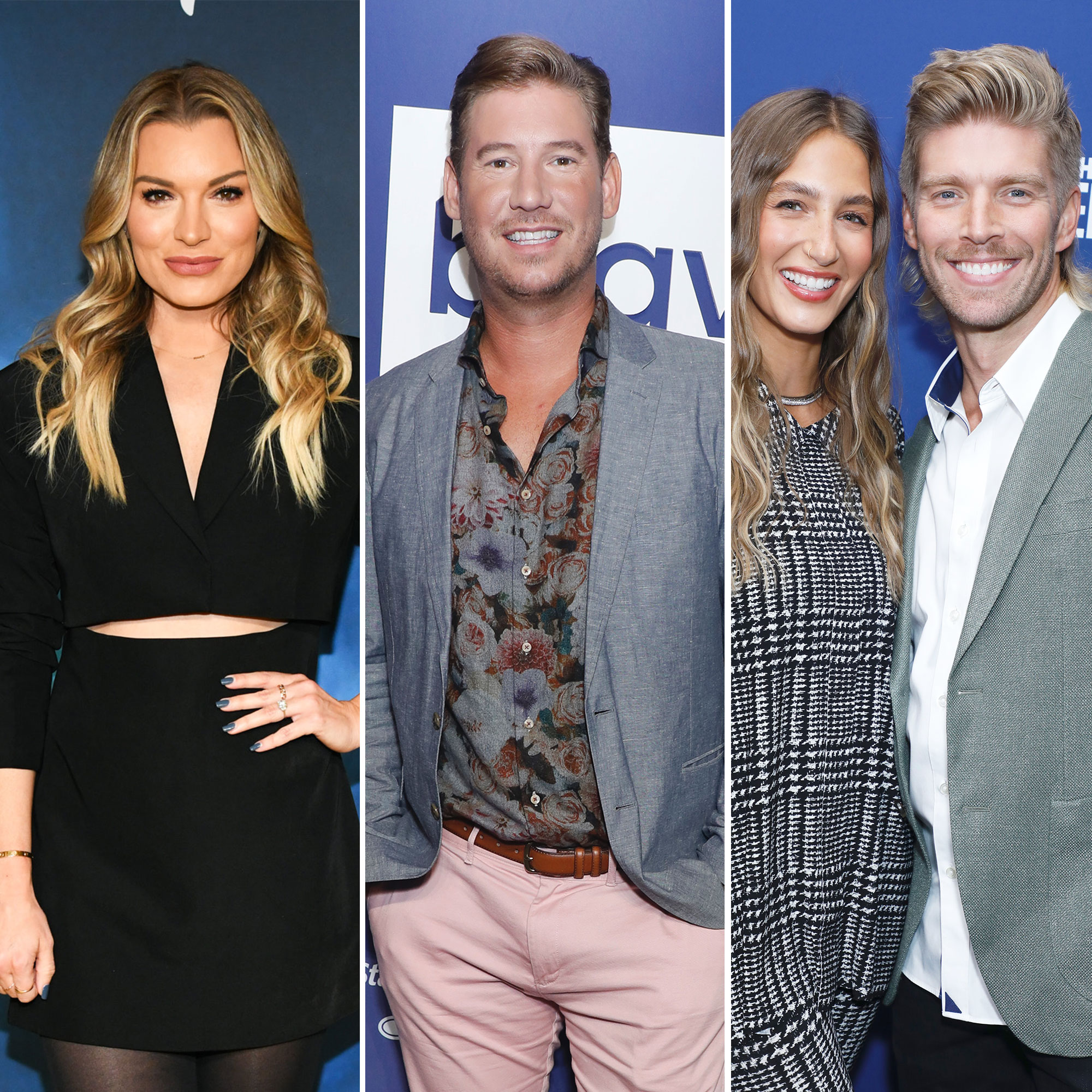 The Bravolebrity explained that after Carl, 37, dropped a big group of them off at another hotel at the end of the wedding night, she and Austen, 35, ordered McDonald’s and chatted in his room with a bottle of wine.

“We just sit and chat about, you know, recapping the wedding. Like, you know, ‘How was it seeing Ciara [Miller]?’ You know, just whatever. Like, we saw so many different people. And that was it,” the reality TV star recalled of the September 2021 evening, adding that she then suggested that they put on a movie.

“I pretty much passed out immediately and that’s really it. It was a very innocent pass out. For anyone who knows me, I sleep very hard, and I just sleep like a mummy or like you’re burying me or something,” Lindsay said.

Austen, for his part, has claimed that the interaction was less platonic.

“All of a sudden, I woke up with her hand on my dick,” the “Pillows and Beer” podcaster alleged during an episode of Winter House that aired in November. When asked whether his longtime friend tried to have sex with him in the hotel room, he replied, “Yes. Facts.”

Lindsay wasn’t fazed by her costar’s allegations. “It feels like he’s been doing yoga because it just feels like such a stretch to me,” she told Us. “I don’t even think he believes his own story.”

The New York native added that she thought Austen needed a victory during their Winter House stay amid tension with his ex Ciara, 26, and then-new flame Olivia Flowers.

“He wanted to bring Olivia [to Winter House], he can’t bring Olivia, because now Ciara’s mad at him again for not respecting her feelings and wanting to, like, parade Olivia in front of Ciara. And, so, he’s trying to get back into good graces with her. But then I show up with Carl and we’re, like, in our honeymoon phase, lovey-dovey, and he’s like, ‘Aha, I just need a win.’ You know? And I feel like he just wanted to feel like he had some sort of win in all of this chaos,” she said.

The University of Florida alum, who has been engaged to Carl since August, said Austen’s story didn’t take a toll on her relationship.

“[Carl] knows I would’ve told him like, ‘Hey, you know, this happened’, but I never had to say that because it never happened. And I’m not gonna be embarrassed by something that just never happened,” she said, adding, “This whole dick touching situation is just, like, not even my style.”