“Black Panther” star Letitia Wright responded Thursday to major backlash after posting an anti-vaccination video from a self-described “prophet” and introducing it with a prayer-hands emoji. She deleted the tweet Friday morning, but a screengrab is here:

People on Twitter criticized Wright for spreading misinformation and fear at a time when skepticism about a coronavirus vaccine could discourage people from taking the shot. Food and Drug Administration advisory panels are set to review two vaccines this month for possible emergency approval.

“If you don’t conform to popular opinions. but ask questions and think for yourself….you get cancelled,” wrote Wright, who played Shuri in the Marvel superhero hit and in two “Avengers” films.

Wright continued her defense on Friday morning, tweeting: “My intention was not to hurt anyone, my ONLY intention of posting the video was it raised my concerns with what the vaccine contains and what we are putting in our bodies.”

One of her most prominent critics on Thursday was “Avengers: Endgame” co-star Don Cheadle, who called the clip “hot garbage” and “fkkkd up” after a previous lighthearted response.

“I would never defend anybody posting this. but i still won’t throw her away over it. the rest i’ll take off twitter. had no idea,” Cheadle wrote.

Another actor, Alex Sawyer, called Wright’s post a “frustratingly irresponsible use of a platform.”

Wright shared a video titled “Covid-19 Vaccine: Should We Take It?” The host, Tomi Arayomi, expressed reservations about vaccines in general and the pending coronavirus shots specifically.

Arayomi said that fear was killing people, not COVID-19, and that the body should be able to produce antibodies on its own to successfully fight viruses. That view defies the reality of more than 276,000 U.S. coronavirus deaths and record numbers of new infections and hospitalizations.

On his Facebook page, Arayomi calls himself “a well recognised Prophet and the Managing Director of Prophetic Voice TV.” He said he’s been banned from posting on YouTube for a week. 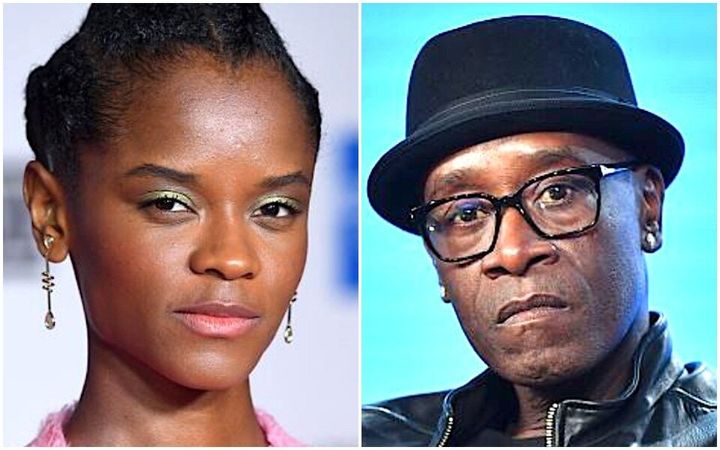 Everyone deserves accurate information about COVID-19. Support journalism without a paywall — and keep it free for everyone — by becoming a HuffPost member today.